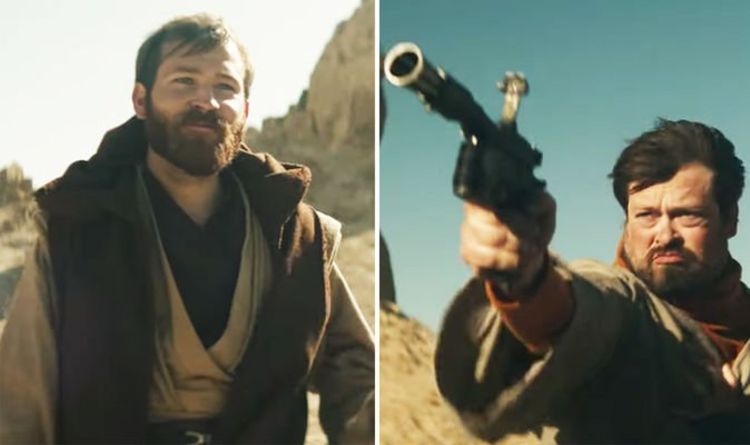 Crowdfunded Star Wars fan films have become quite popular in recent years. And now actor Jamie Costa – best known for his viral Robin Williams impressions – is back for another unofficial outing after Han Solo: A Smuggler’s Trade, in which he played the title role, before The Rise of Skywalker releases.

After 2.4 million views for that 2016 short film, the first trailer for Kenobi has landed.

Set in-between Star Wars Episode III: Revenge of the Sith and Episode IV: A New Hope, the fan-made movie sees Costa’s Obi-Wan in exile as he watches over Luke Skywalker on Tatooine.

The trailer opens with beautiful shots of hills that stand-in for the planet’s desert terrain, as the Jedi Master surveys the landscape.

We then hear a voice telling him he’s “as foolish as his dead religion” over a shot of what looks like Anakin Skywalker’s blue lightsaber in a chest.

Fans will know the lightsaber was taken by Obi-Wan after defeating Anakin on Mustafar, before he gave it to Luke in A New Hope.

After losing the weapon and his hand to Darth Vader in Episode V: The Empire Strikes Back, it was discovered by Rey in Episode VII: The Force Awakens.

Next, a shot of Luke as a young boy in a hood, as the mysterious voice says: “You think you’re protecting him? You’re putting him in danger Ben and not just him.

“You can’t avoid the Empire the rest of your life.”

McGregor played a younger version of Sir Alec Guiness’ Jedi Master in the prequel trilogy, before lending his voice for Rey’s Force vision in The Force Awakens.

And, who knows, maybe he’ll be aged up to play Obi-Wan’s Force ghost in The Rise of Skywalker.

But like the Kenobi fan film, the official Obi-Wan Disney Plus series will be set in-between the prequel and original trilogies.

If anything, this works perfectly as McGregor has aged 15 years since shooting Revenge of the Sith, and there are 19 years between Episode III and IV when Obi-Wan is an old man.

ByDISNEY has added extended disclaimers to classics including Peter Pan and Aristocats on its streaming platform to warn viewers that the films contain derogatory...
Read more