OCR explains why it terminated JV with D’nonce Technology 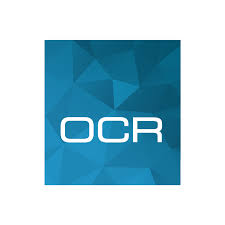 PETALING JAYA: OCR Group Bhd said the termination of its joint venture agreement (JVA) with D’nonce Technology Bhd was due to several breaches.

They are a major gap in the number of units reserved and payment of deposits received not directed to OCR’s wholly owned subsidiary Fajar Simfoni Sdn Bhd (FSSB); outstanding payment to the consultants for work done prior to the JVA; and non-delivery of site possession of the land.

OCR told Bursa Malaysia that FSSB has since July 2019 communicated, both verbally and in written form, with D’nonce’s wholly owned subsidiary D’nonce Properties Sdn Bhd (DNP) on the breaches and the necessary rectification to be carried out.

However, it claimed that DNP had failed to rectify the issues within the stipulated deadline and failed to provide adequate explanation on the several key breaches.

“FSSB therefore proceeded with the termination of the JVA in view of the serious breaches on DNP’s part that justifies FSSB’s termination.”

“FSSB has required DNP to refund RM100,000 which FSSB previously paid to DNP under the JVA, failing which FSSB reserves the right to take legal action against DNP for the RM100,000 and any losses suffered under the JVA.”

OCR said the termination will not have any material financial and operational impact on its earnings or net assets for the financial period ending December 31, 2020.

On Wednesday, D’nonce said the termination had been done wrongfully and it reserves the rights and remedies against FSSB in this matter.

The JVA was entered by the both parties on May 17, 2019 for the development of one block of 19-storey affordable apartment with 281 units and seven-storey car park podium.

Facebook Can Be a Boon to Nonprofits—If They Get Verified