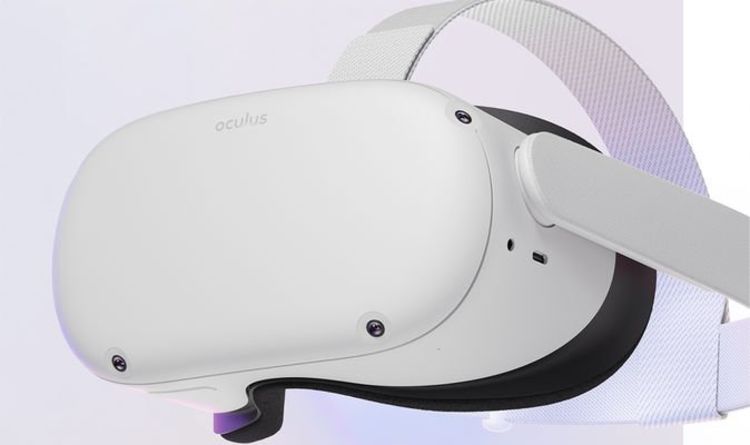 Just a few short weeks after it was announced at the Facebook Connect event, the Oculus Quest 2 virtual reality headset is available to buy in store and online.

A follow-up to the popular Oculus Quest device, the new model is smaller and lighter than the original version, and features a new colour scheme.

With a built-in Qualcomm Snapdragon XR2 processor, it’s also slightly faster than the old Oculus Quest, and can display up to 50% more pixels than the first generation device.

The visuals definitely take a hit when compared to games found on PC-powered headsets like the Oculus Rift, but there’s not too much difference in quality between the Quest 2 and PSVR.

The majority of games are bright, clear and vibrant, but lack some of the finer details found in their PC equivalents.

Not only does that make it even cheaper than the original version (and about the same as PSVR), but you don’t need an expensive PC or console in order to access and play the content.

In fact, setting up the device is incredibly easy, although new users will need a Facebook account – which I’ll talk about a bit later.

Assuming you already have a Facebook account, setting up the device is as simple as turning it on, connecting to WiFi, and pairing it with the free Oculus companion app.

While you don’t really need to use the app again, it’s easier to navigate than the VR storefront, making it useful for purchasing new content and keeping up to date with any announcements. Anything you do purchase through the app will be ready to download once you boot up the headset.

After signing in and selecting your language, users are then asked to create a Guardian space that will serve as your play area.

The Guardian system is an excellent feature that lets you create a virtual boundary using the Oculus Quest Touch Controllers and the headset’s exterior cameras.

If you’re dangerously close to a wall or obstacle that falls outside of the boundary, the headset will switch to a camera view, letting you see where you are in relation to the room.

As somebody who has fallen foul of obstacles in past virtual reality sessions, the Guardian system definitely gives you that extra peace of mind. It also gives you the confidence to freely move around and really experience VR the way it was intended.

Special mention must also go the aforementioned Touch Controllers, which are accurate, comfortable and feature intutiive button layouts – particularly the grips and triggers.

Anybody who played the original Quest will also notice that the position of the Oculus button has been moved to reduce accidental button presses.

Whether wielding a lightsaber in Vader Immortal, swinging a putter in Walkabout Mini Golf, or lining up a perfect headshot in Phantom Covert Ops, the Touch Controllers have always felt right for the job at hand.

With a sleek new all-white colour scheme and a complete lack of wires, the Oculus Quest 2 is pleasing on the eye and doesn’t get all tangled up when you play.

The benefits of experiencing VR wire-free and untethered can’t be understated, especially when you’re playing titles that require a lot of movement.

Games like Superhot, for example, are so much better on Oculus Quest 2 than PSVR, because you can properly twist and turn without getting tangled, or accidentally pulling any wires out of your machine.

This is also true of games like Beat Saber, which can now be enjoyed with full 360-degree movement.

Unfortunately, however, while the Oculus Quest 2 provides users with more freedom to move around than PlayStation VR, the device itself isn’t as comfortable.

The elasticated head straps – which were likely included to reduce costs – are lightweight and of good quality, but the drawback is that the weight distribution is a bit too front heavy.

There is a separate Elite Strap that can potentially make things more evenly balanced and secure, but that adds an extra £50 to the overall cost. I’ve ordered one for delivery in November, so I’ll provide an update if it makes a difference.