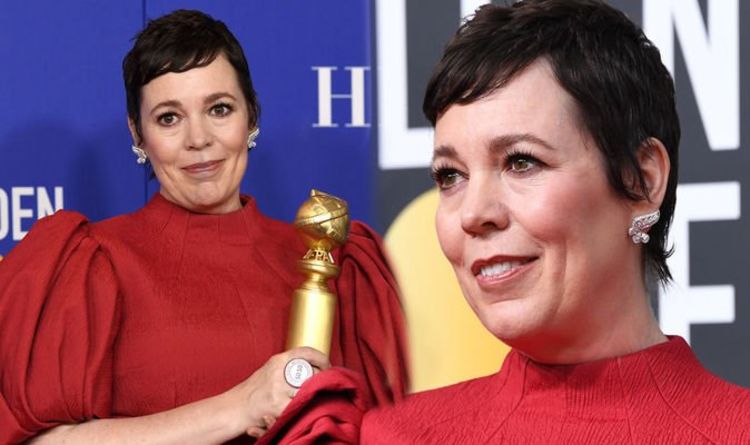 Olivia Colman, 45, took home the award for Best Actress in a TV Drama at the 2020 Golden Globes for her portrayal of Queen Elizabeth II in Netflix’s periodic show The Crown. She is the second star to win the prize for the role.

Olivia’s predecessor Claire Foy, also won the Golden Globe for Best Actress in a Drama for her two seasons as Her Majesty.

The category was full of A-lister talent including Jennifer Aniston and Reese Witherspoon for their roles on The Morning Show, Jodie Comer in Killing Eve, Big Little Lies’ Nicole Kidman.

But Olivia emerged triumphant, with a little confession to make as she took to the stage to receive her award.

And, if fans weren’t already besotted with her quirkiness, they sure are now!

“I don’t know what to say because I genuinely got a little bit boozy because I thought this wasn’t going to happen so thank you I’m completely stumped,” she giggled, still shocked that she had taken the stage to receive the prestigious award.

In all the excitement she also sent out a shout of congratulations to the cast of Fleabag: “Fleabag and everyone here, honestly, watching everybody is so exciting we’ve gone, ‘Look who it is, look who’s there!’”

And, fans didn’t hang around to share their thoughts on Olivia’s big win.

One said: “Olivia Colman walking around the floor carrying her Moët bottle is 2020 goals.”

Another quipped: “Also, #OliviaColman is a gift for all things scripted and live…. especially acceptance speeches #goldenglobes2020.”

She turned heads on the red carpet as she graced the awards ceremony in a stylish red dress with puff sleeves an long train.