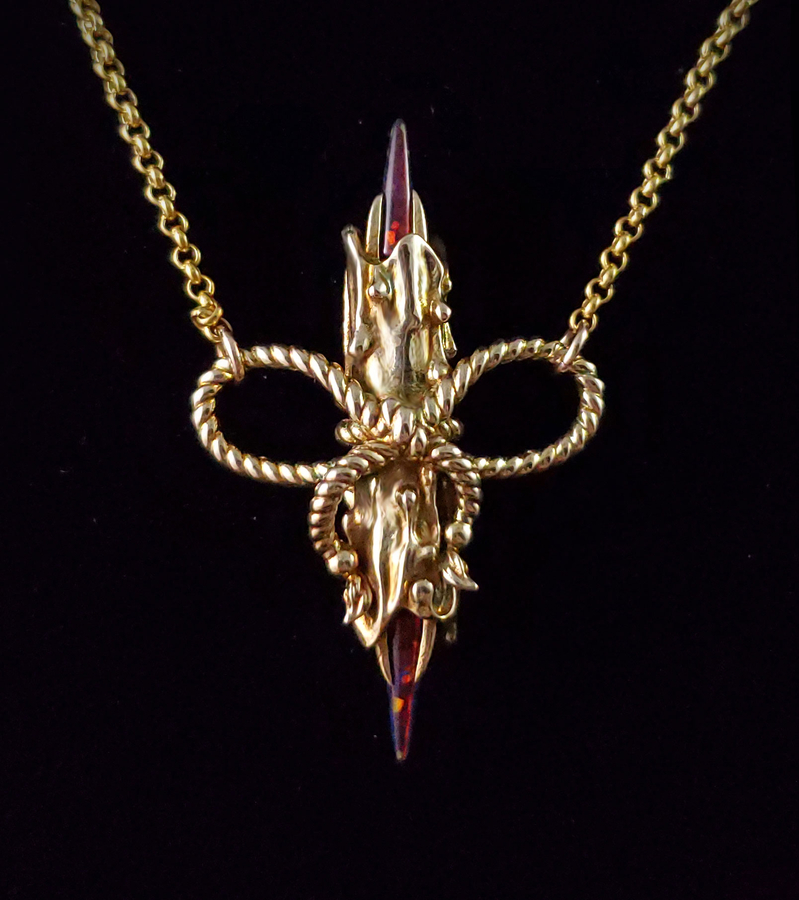 The design was applauded by our peers and praised by our fans because so many can relate to the message and meaning behind this jewel.

GREENVILLE, SC, April 23, 2020 /24-7PressRelease/ — Today, jewelry design company OMNIA Studios released its newest offering, a meticulously crafted pendant in the shape of a candle burning from both ends, a timeless symbol of those living life at a hectic pace. Set with opals to represent the ever-burning flames, this pendant was designed with a very important source of inspiration. With a portfolio of jewelry designs set with deep and personal meaning, OMNIA’s new Aeterna Amulet is no exception. Inspired by the daily toil of individuals who work tirelessly, especially in this new found pandemic atmosphere, where some people find themselves suddenly in the roll of not only parent or worker, but simultaneously also teacher, chef, student, caregiver, and so much more. The inspiration includes those individuals with the added burden of also navigating these stresses with a mental or chronic illness.

“I reached out to our followers on Instagram a while back, and I presented them with this idea of a pendant designed for those who are working tirelessly day in and day out,” explains Keri Newton, OMNIA’s co-founder and lead designer. “Being someone in this position myself, as a mother, a business owner, and someone who suffers with mental and other chronic health issues it was a deeply personal subject matter to me. I was delighted to be met with overwhelming support by my followers and the jewelry community. The Aeterna Amulet was applauded by our peers and praised by our fans because so many can relate to the message and meaning behind this jewel. The tireless worker, the hardworking soul burning the candle at both ends. That is my inspiration for this amulet. And now more than ever before in recent history do I feel that so many other people have now found themselves in this role, and can relate to the symbolism behind this jewel.”

OMNIA Studios was founded in Greenville, South Carolina in 2013 by artists Keri Newton and Nathan Allen. Known for integrating history, lore, and nature to create wearable pieces of art, OMNIA strives to create unique jewelry unlike anything found on the modern market.

ByRosalie R. RadomskyKelly Ellen Mulrow and Kevin Matthew Quinn like clockwork recited the opening lines of the Latin textbook “Ecce Romani I” during their...
Read more