On Eve Of Historic Remote Votes In The House, Republicans Sue To Block The Move 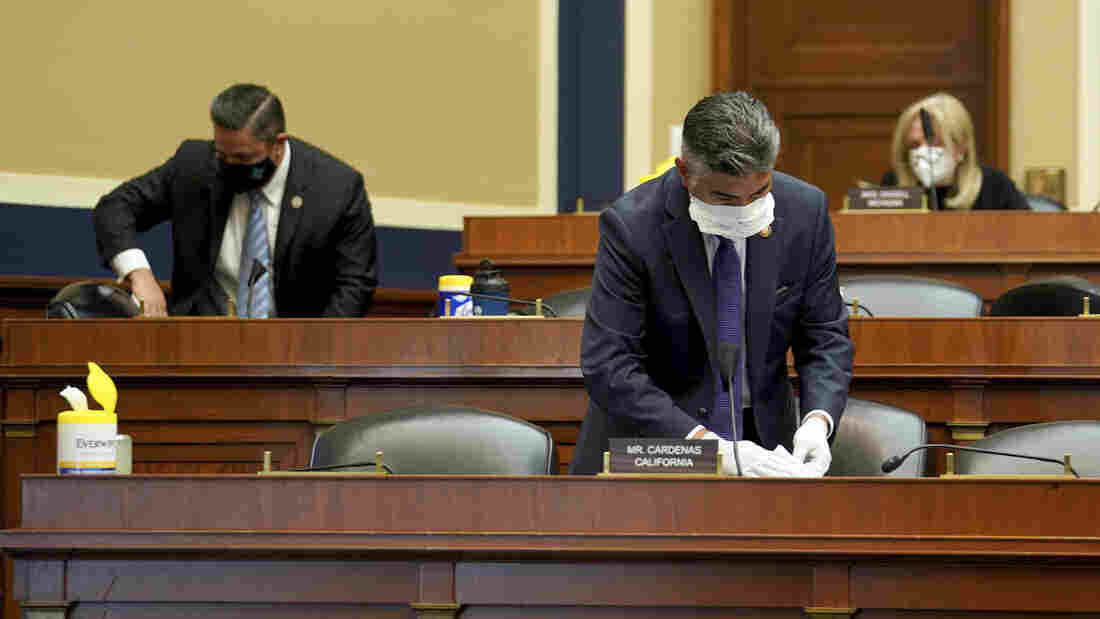 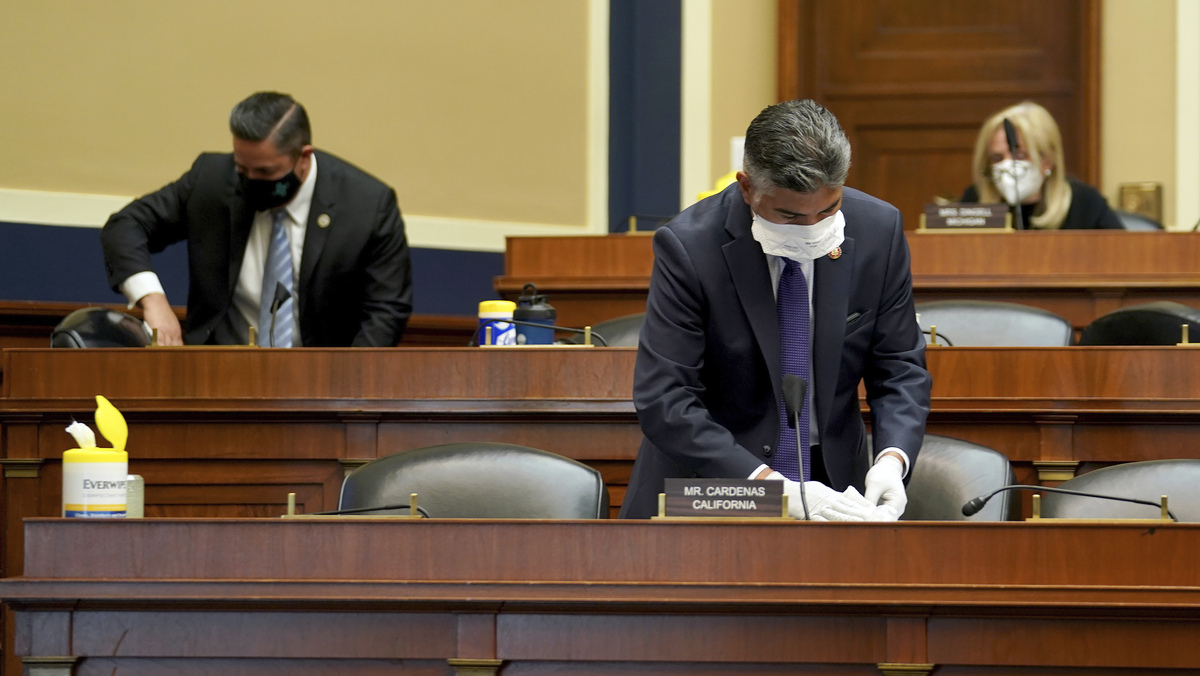 Rep. Tony Cardenas, D-Calif., cleans his desk during a House Energy and Commerce Subcommittee on Health hearing earlier this month.

More than 20 Republican members of Congress and constituents will sue House Speaker Nancy Pelosi and other officials in federal court to block proxy voting, arguing the practice is unconstitutional, according to House Minority Leader Kevin McCarthy.

Earlier this month the House approved new rules that allowed remote voting and hearings for the first time in the chamber’s history. Under the changes a member can vote on behalf of up to 10 colleagues who are unable to travel to the Capitol during the coronavirus pandemic.

The chamber is scheduled to vote by proxy Wednesday for the first time since the rules went into effect. As of late Tuesday, more than 55 members filed notification letters with the House Clerk of their plan to vote by proxy.

In a statement Tuesday evening, Republican Leader Kevin McCarthy called the proxy voting decision “reckless and partisan,” and said that GOP members had to respond.

“Rapid and robust legal relief is necessary,” he said. “The alternative — a small number of members dictating the businesses of the whole House while the people’s voice is diluted — is unacceptable and would only make it more difficult for Congress to respond in the national interest. We must assemble.”

McCarthy is joined in the lawsuit by Reps. Steve Scalise, Jim Jordan, Liz Cheney, Tom Cole, and 16 other members as well as four constituents.

Pelosi said in her own statement that the House’s position on remote voting by proxy during a pandemic “is fully consistent with the Constitution is supported by expert legal analyses. Further, the Supreme Court made clear over a century ago that the Constitution empowers each chamber of Congress to set its own procedural rules.”

The move to proxy voting is the most significant change to the way the House votes since it installed its system to allow electronic voting on the House floor in 1973.

For weeks, lawmakers debated the plan as the pandemic worsened and forced the House to extend its recess in the midst of an outbreak on Capitol Hill and as public health risks were assessed.

House Democrats installed the new rules on a largely party line vote of 217 to 189. Republican argued that the move bucks the chamber’s institutional history and sets a dangerous precedent.

On Wednesday, the House Rules Committee is slated to hold the chamber’s first remote hearing under the new rules. Each panel must hold a practice hearing, followed by two virtual sessions. Once those steps are completed, a panel can hold a markup by video conference as well.

At this time, the panels can use Cisco Webex to hold the virtual hearings.

For much of the past two months, the chamber’s regular business largely came to a halt, and has since only held a handful of votes related to coronavirus legislation. The chamber’s meeting of what is now 431 members and additional support staff have proved particularly problematic amid the coronavirus pandemic.