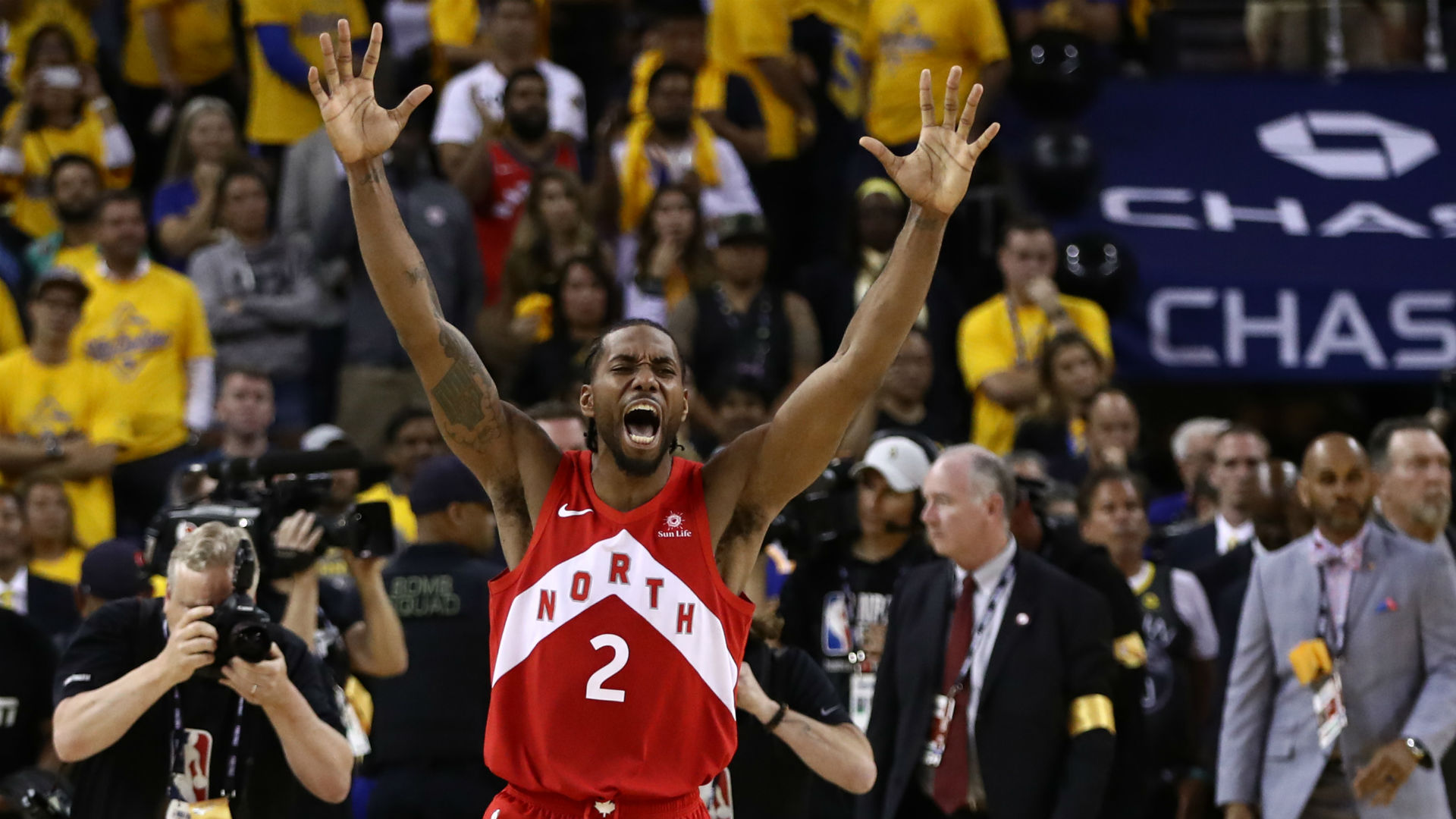 The sports world looked a lot different one year ago today.

Of course, the biggest difference was that sports were actually taking place. Beyond that, Kawhi Leonard was still a member of the Toronto Raptors and the team from up north was still without an NBA championship.

Little did we know that one year later, all three of those things would have changed.

On May 12, 2019, Leonard hit “The Shot” to send Toronto to the Eastern Conference finals over the Philadelphia 76ers. It was arguably the greatest moment in Raptors franchise history — until about two weeks later, that is, when the team defeated the Golden State Warriors to lift their first-ever Larry O’Brien trophy.

Kawhi Leonard’s “The Shot”: A look back at the iconic moment | Ex-Raptor Danny Green reminisces

Raptors nation took to social media on Tuesday to relive the legendary moment, which was also the first and only Game 7 buzzer-beater in NBA playoff history.

Fans and media also shared some of their favorite photos and videos of the shot.

Of course, Sixers fans have very different memories of the shot…

ByRoger Federer is expected to make his long-awaited return from injury at the Australian Open next year with all eyes on whether he can...
Read more
Sports

BySporting Fantasy Taysom Hill was the talk of the fantasy football world all week, and he did enough in his first start at QB to be...
Read more
Sports

ByFirmino eventually got his goal though late in the game with a powerful header. The Brazilian has come under some criticism recently with some calling...
Read more