On policing, state leaders struggle to respond to demands for... 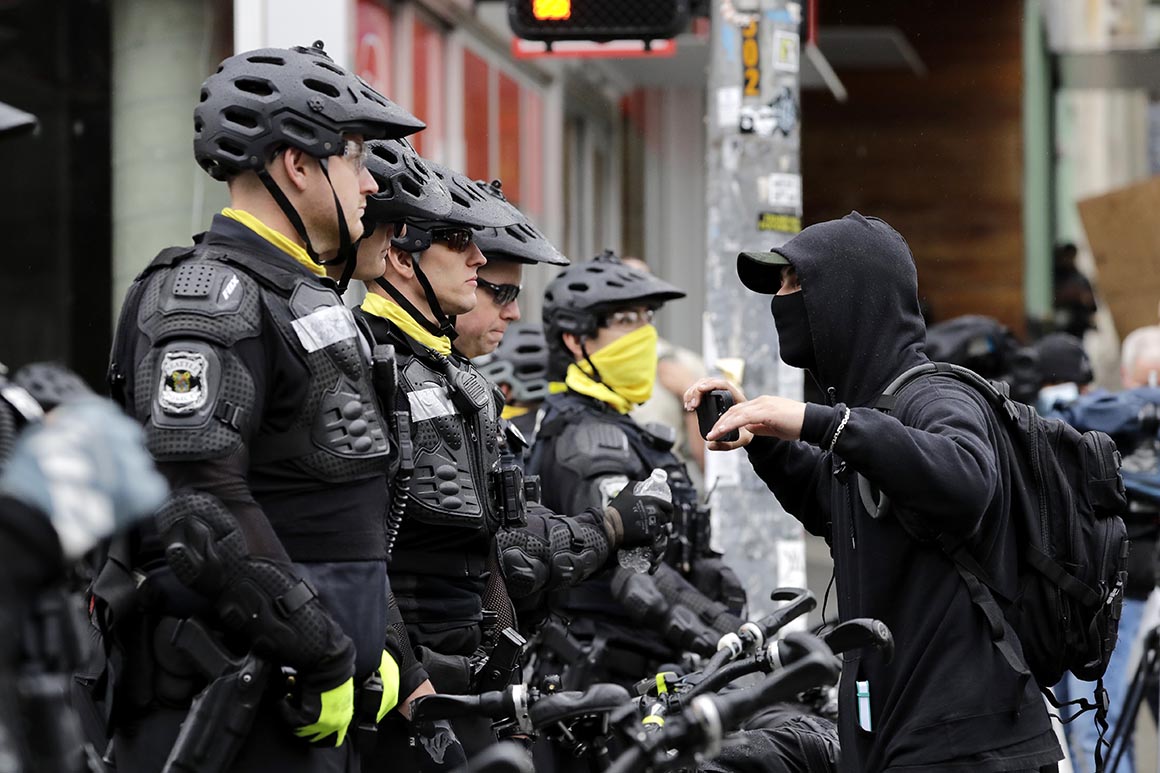 In Minnesota, legislators introduced dozens of police-related bills last month, but thanks to partisan bickering, not one passed before lawmakers adjourned their legislative session.

All told, 30 state legislatures have already adjourned until 2021 — freezing reform efforts for at least six months. Eighteen of the states whose legislatures are still in session are considering dozens of bills, according to a National Conference of State Legislatures database, but all but a handful are stuck in committee.

New York was one of the first states to act, when Gov. Andrew Cuomo signed laws on June 15 and 16 instituting a series of reforms requiring state police officers to wear body cameras, creating a Law Enforcement Misconduct Investigative Office and mandating that courts compile and publish racial and other demographic data of low-level offenses. New laws also require officers to verbally report instances in which they discharge their weapon in a situation where someone could be hit by a stray bullet and for police and peace officers and other law enforcement representatives to provide medical and mental health attention to anyone in custody.

In Utah, Gov. Gary Herbert signed legislation barring peace officers’ use of chokeholds or restraints that could cause unconsciousness and prohibiting those officers from being trained in use of that technique.

Colorado and Iowa also both enacted new laws before their legislatures adjourned in June. Colorado Gov. Jared Polis signed a comprehensive bill that requires body cameras by 2023 and public release of footage after receipt of a misconduct complaint. The new law also prohibits chokeholds, ends qualified immunity and requires peace officers to intervene when another officer is using unlawful force and an annual report on data involving use of force, contacts by peace officers, unannounced entries by peace officers and resignations from peace officers while under investigation for violating department policy.

Iowa Gov. Kim Reynolds signed a bill that strengthens restrictions on law enforcement officers’ use of chokeholds and allows the state attorney general to prosecute officers whose actions result in someone’s death, among other things.

The remaining bills awaiting signature in other states include a ban on law enforcement’s use of chokeholds in Delaware unless “the person reasonably believes that the use of deadly force is necessary to protect the life of a civilian or a law enforcement officer” and another that would create a referendum for voters to determine whether to abolish the Glynn County Police Department in Georgia and transfer its responsibilities to the county sheriff. The county police department handled the investigation into the death of Ahmaud Arbery, a Black man who was chased down by white men and killed while jogging through a neighborhood.

New Mexico lawmakers passed a bill last month requiring peace officers “who routinely interact with the public to wear a body-worn camera while on duty,” but Gov. Michelle Lujan Grisham hasn’t signed it yet.

Several governors have also taken executive action in recent weeks, almost all in states that haven’t succeeded in passing reforms through legislation. Cuomo is the lone exception: He issued an order that tasks cities to develop new policies alongside police chiefs and stakeholders or risk losing state and federal funding.

Gov. Ned Lamont of Connecticut’s order bars state police from using chokeholds and other restraints that restrict oxygen or blood flow to the head or neck, requires marked cars to have a dashboard camera and uniformed officers to wear a body camera and demilitarizes the police force by preventing purchase or acquisition of military and military-style equipment from the federal government.

Such “procedural justice reforms,” Fernandez said, “attempt to mitigate harm after the fact,” such as abolishing qualified immunity, which shields officers from liability for constitutional violations that don’t break “clearly established” law. “We really need to focus on the front end of things, not the back end. This moment is an opportunity to implement transformational changes across the country.”

Federal lawmakers, who will return to their districts this week for a two-week Fourth of July recess, have the power to make those kind of significant changes nationally. But with Democrats in control of the House and Republicans in power in the Senate, both sides would have to compromise on a bill President Donald Trump would support and sign into law — a seemingly quixotic endeavor as the 2020 election heats up and Trump tweets, “LAW AND ORDER,” from the White House.

Senate Democrats last week blocked a Republican-led bill they said didn’t go far enough, and House Democrats passed a bill — with the support of just three Republicans — that won’t see the light of day in the Senate.

The House bill would crack down on excessive police force, ban chokeholds, enforce national transparency standards and create accountability for officer misconduct with a national database to track offenses. But some activists believe even that’s not enough.

“If Congress really wanted to meet this moment, it should’ve moved to invest billions and billions of dollars in community-led alternatives to policing and in health care and housing and substance-abuse programs, not tinkering around the edges and giving more money to training police,” said Kumar Rao, director of justice transformation at the Center for Popular Democracy, a liberal Brooklyn-based advocacy group.

For example, while Minnesota’s state government has failed to act, the Minneapolis City Council has advanced a proposed ballot measure that would abolish the Minneapolis Police Department and create a Department of Community Safety and Violence Prevention.

“But I also believe that policy has to change,” she said. “The laws have to change, and that does make a difference.”