On this day in history: Bugha wins the Fortnite World Cup 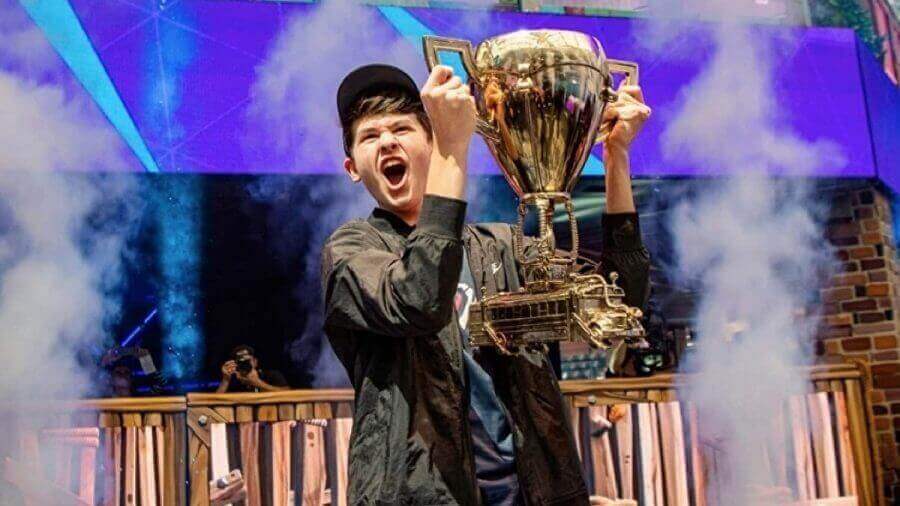 Following ten gruelling weeks of qualifiers, the top 100 solos and top 50 duos in Fortnite were discovered. Pro players, fans, and their families from all over the globe gathered in New York City to watch the drama of the Fortnite World Cup Finals unfold.

The action-packed weekend kicked off with the Creative Cup and Charity Pro-Am events. The Pro-Am saw celebrities such as Marshmello and Chandler Riggs pair up with popular Fortnite stars, making for some incredibly entertaining competition.

On Saturday the 27th, things started to get serious. It was time for the Duos Finals, and the stakes had never been higher. After a shaky start, David “Aqua” Wang and Emil “Nyhrox” Bergquist Pedersen pulled off a historic comeback. The duo from Europe managed two consecutive wins in games 4 and 5, taking the number 1 spot and earning a huge $ 1.5m each.

And then, the most important day so far in Fortnite history. With so much on the line, the pressure was on and every point counted. Everyone in that lobby was there by merit, but raw talent can only get you so far.

Kyle “Bugha” Giersdorf was cool, calm, and collected from the second he jumped out of the Battle Bus. Getting started at his trusted Lucky Landing drop, Bugha put on the performance that would make him famous around the world.

After picking up a 9 kill Victory Royale in game 1, the young American never looked back. Clutch sniper shots, mind-blowing mechanics and dominant end game positioning kept Bugha ahead throughout the six matches.

There were no signs of nerves in the final game, in fact quite the opposite. Bugha smiled as he looked to put on a show, relentlessly aggressing opponents and adding a touch of flair to proceedings. He knew he was the champion.

I do not think anyone who watched that event, either in person or online, will ever forget the moment that caster CouRageJD announced the winner (Check out the vid above). As Bugha’s name echoed around the stadium, the crowd erupted, and emotion filled the air. This was special.

Suddenly, this 16-year old gamer was $ 3,000,000 richer. In the days and weeks to follow, a slew of interviews and TV appearances would ensure that the face of Kyle Giersdorf was recognised across the US, Europe and beyond.

For many, this was peak Fortnite. The sudden and unexpected impact of a global pandemic has limited us to online only events this year. If a World Cup 2021 is to happen, we can only hope that it captures the same energy and passion as this first spectacle.