One Direction reunion to INCLUDE Zayn Malik? Promising news for... 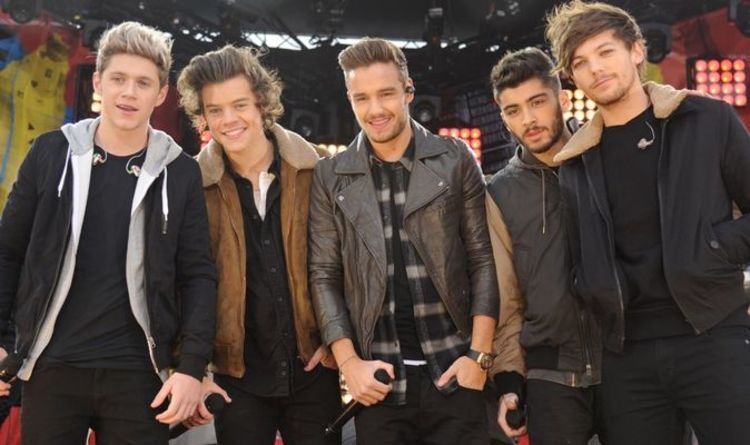 One Direction fans could be in for a treat this year as bookies odds recently tumbled on a reunion being announced before the end of 2020. Now, Express.co.uk can reveal Zayn Malik is odds-on to join his former bandmates Harry Styles, Louis Tomlinson, Niall Horan and Liam Payne for a comeback.

Ladbrokes have priced the band at 4/9 to get back together before the end of the year.

The bookies have also priced the potential One Direction reunion at 1/3 to include Malik and 5/2 not to.

“He may have left of his own accord but any 1D reunion looks likely to include Zayn if the latest odds are anything to go by,” Alex Apati of Ladbrokes told Express.co.uk.

With the popstar odds-on to participate in the possible comeback with the band, fans could finally get their wishes of seeing all five members reunited once more — big news for fans of the original line-up.

Malik shocked Directioners everywhere when he announced he was quitting the group in 2015.

At the time, he issued a statement saying: “My life with One Direction has been more than I could ever have imagined. “But, after five years, I feel like it is now the right time for me to leave the band.

“I’d like to apologise to the fans if I’ve let anyone down, but I have to do what feels right in my heart.

“I am leaving because I want to be a normal 22-year-old who is able to relax and have some private time out of the spotlight,” he continued.

“I know I have four friends for life in Louis, Liam, Harry and Niall. I know they will continue to be the best band in the world.”

In the years since, however, other members of the band have revealed how they have largely lost touch with Malik.

By the end of 2015, the group had announced they were going on hiatus, having released one album and embarked on a tour without Malik.

The odds were slashed on One Direction reuniting before the end of the year after Styles recently revealed he was writing new music.

While the Falling hitmaker didn’t clarify whether or not he was composing with his solo career or the band in mind, some fans are bound to have got their hopes up that the new songs could end up in the hands of Horan, Payne, Tomlinson and maybe even Malik as well.

Styles told BBC Radio 2’s Dermot O’Leary he was using his time in the coronavirus lockdown to write and record.

“I’m trying to have sort of a routine,” he explained. “So I get up and do some sort of exercise, and then I’ll do some writing and then record a little bit, do some reading, go for a walk.”

Styles also revealed he was working on new material in an interview with Zane Lowe for Apple Music, saying: “I’ve been writing so much. To be honest, I’m doing some of the stuff that I should be doing more often anyway.

“I should be playing the guitar more. I should be writing poems and lyrics more. So I’ve been doing a lot of that,” he said of the lockdown.