‘One rule for you!’ Beth Rigby unleashes at Dominic Cummings during tense grilling 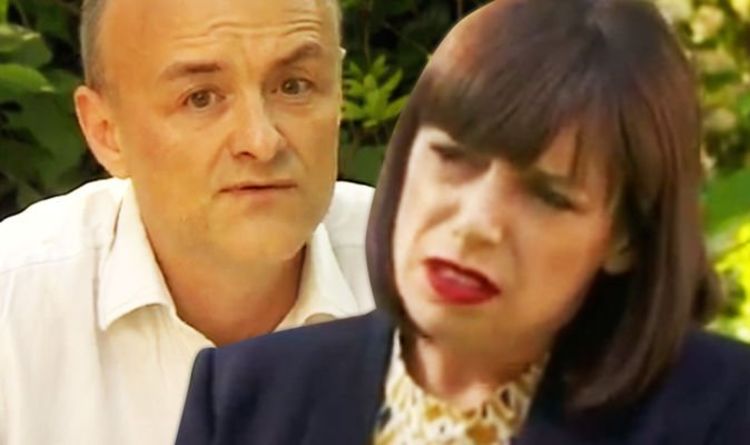 In a press conference in the rose garden of 10 Downing Street, the Prime Minister’s chief adviser said he made the journey to the North East because of fears over childcare when his wife developed coronavirus symptoms. Mr Cummings also said he had concerns about his family’s safety at his London home after receiving threats.

Sky News’s political editor Beth Rigby asked Boris Johnson’s top aide: “Thousands of people watching this, ordinary families, have put up with all kinds of restrictions and hardships regardless of their medical or family requirements.

“People not going to funerals, people not even going into hospital when their kids have been having cancer treatment, why are you so different?

“What those people I think see here is that there’s one rule for you, one of the most powerful people in this country, and there’s another rule for them.

“Don’t you think you at the very least owe them an apology?”

“As I said, I knew what the guidance was, it talks about exceptional circumstances with small children and I think that in all the circumstances I behaved reasonably and legally.”

It comes amid calls for the 48-year-old to resign or be sacked by Mr Johnson.

READ MORE: ‘Obsessed’ Verhofstadt sparks fury after Cummings dig – ‘What has it got to do with you?’

“I was involved in decisions affecting millions people and I thought that I should try to help as much as I could do.

“I can understand that some people will argue that I should have stayed at home in London throughout.

“I understand these views, I know the intense hardship and sacrifice the entire country has had to go through. However, I respectfully disagree.”

Mr Johnson’s top aide added that he did not regret what he did.

“The rules made clear that if you are dealing with small children that can be exceptional circumstances.

“And I think that the situation that I was in was exceptional circumstances and the way that I dealt with it was the least risk to everybody concerned if my wife and I had both been unable to look after our four-year-old.”

Mr Cummings denied further reports which claimed he took a second trip to the North East on April 14.