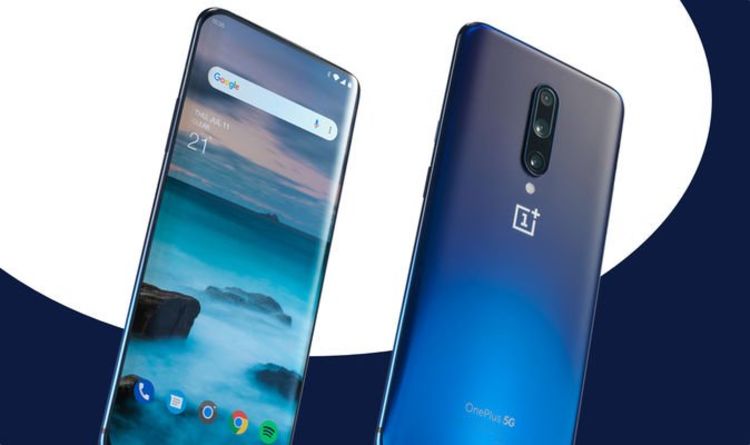 OnePlus isn’t one to rest on its laurels. Earlier this month, the plucky smartphone start-up announced its new OnePlus 7T, OnePlus 7T Pro and OnePlus 7T Pro McLaren Edition at a glitzy hardware showcase in central London. But that’s not stopping OnePlus talking-up the next-generation handsets planned for 2020.

Yes, the Shenzhen-based company is already drumming up interest in the next smartphone range, which will presumably be branded OnePlus 8, provided that the company sticks with the naming convention we’ve seen over the last few years.

While OnePlus made a huge splash with the OnePlus 7 Pro 5G – the first 5G-enabled handset to land on UK shelves – support for the super-fast network technology was suspiciously absent from the OnePlus 7T announcement in London.

So, why no OnePlus 7T Pro 5G – and more importantly, can we even expect a OnePlus 8 Pro 5G?

According to OnePlus CEO Pete Lau, there isn’t enough of an opportunity around 5G to warrant building support for the network into the OnePlus 7T series.

“It’s not related to a Pro series or T-series or another device that certainly must have 5G,” Pete Lau old Gizmodo during the London launch. “It’s more looking at what are the circumstances and what’s a suitable opportunity to build a 5G device.”

And what about next year? The OnePlus CEO didn’t rule out the return of 5G to one of its 2020 smartphones. However, Pete Lau did reveal that it will not be standard across the line-up. That’s because it’s difficult to predict which territories will be 5G ready when the handset debuts.

It’s an interesting approach from OnePlus. In the UK, more network are rushing to launch 5G plans. Since the launch of the OnePlus 7 Pro 5G on EE 5G back in May, Vodafone and O2 have debuted their own 5G plans. And Three has launched a 5G-enabled home broadband offering.

With Sky Mobile and Three both gearing to launch 5G smartphone plans in the coming months, early signs seem to suggest 5G networks will be much more widespread by the time OnePlus looks to launch its OnePlus 8 range – around May 2020, provided it sticks with its typical release window. So, it would be strange for the company to force customers to cough-up for a dedicated 5G handset to take advantage of the improved network speeds and higher capacity – either at launch, or at some point during the lifetime of the device.

Interestingly, one of the flagship features of the Pro smartphone introduced earlier this year will be made standard across all OnePlus smartphones going forward, the Chinese company has confirmed. The 90Hz high refresh rate display, which makes system animations and gaming appear much smoother thanks to the extra frames compared to the industry standard 60Hz display, will appear in all of OnePlus’ future handsets.

Elsewhere, we’ve heard whispers that OnePlus will move away from flat screens entirely – favouring dual-curved OLEDs, like the ones used on the OnePlus 7 Pro and OnePlus 7T Pro models. While that will enable the five-year-old firm to squeeze more screen real estate into its handsets, while keeping the overall footprint small enough that they remain pocketable, it does mean OnePlus owners will have to make their peace with the slight distorted light you get with all curvaceous displays. That and the potential for typos while typing on curved screens.

We’ll keep our ear out for the latest rumours and reports around what OnePlus has planned and keep you informed. Stay tuned.