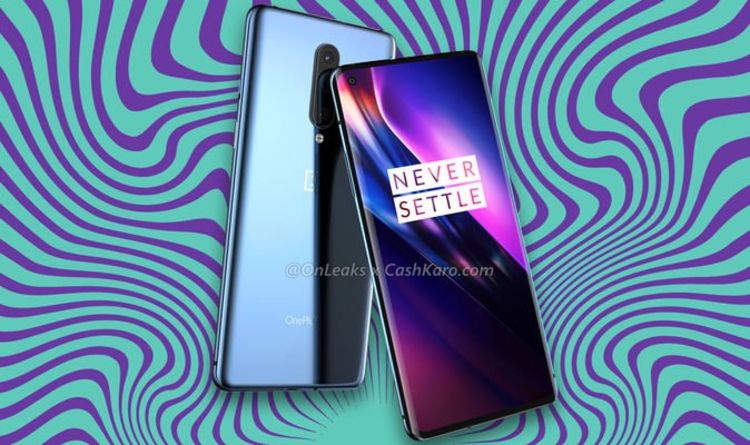 OnePlus is looking to drop one of the most controversial design choices in its OnePlus 7 Pro and OnePlus 7T Pro – the pop-up camera. In a bid to eliminate the need for a notch at the top of the touchscreen, OnePlus relocated the front-facing camera to a small drawer that physically emerges from the top of the chassis.

This enabled the Shenzhen-based company to extend the OLED touchscreen to the very edge of the handset. However, the design was a little controversial. Not least because it made using OnePlus’ stunningly-fast face unlock system a bit of a pain – as you had to wait for the camera to emerge, and then retract like a periscope.

OnePlus 7 Pro and OnePlus 7T Pro’s camera pop-up is rated for 300,000 return journeys – 150 times a day for five-and-a-half years, which is a lot of selfies, but about right if you’re using the face unlock feature. It’s not like the camera will breakdown in a shower of sparks on the 300,001st pop-up, but it’s still more of a liability than earlier OnePlus smartphones, which didn’t use any moving parts for the front-facing camera. It could also impact the resale value of your handset.

Thankfully, it seems OnePlus has gone back to the drawing board for its next handset.

The first leaks around the OnePlus 8 Pro design, courtesy of the ever-reliable leakster @OnLeaks in collaboration with retail site CashKaro – who creates high-resolution renders of the unannounced handset based on CAD models used in the manufacturing process to determine dimensions and design features, seemingly confirms that OnePlus will throw the pop-up camera on the scrapheap.

That means you won’t have to avoid the baffled look from fellow commuters as a small square protrudes from the top of your smartphone whenever you attempt to take a sneaky selfie, check a spot, or unlock your handset with your face.

But what about the front-facing camera?

Well, if the latest leaks are to be believed, it looks as if OnePlus will adopt the same in-display favoured by Samsung with its flagship Galaxy S10 series. Dubbed Infinity-O by the company (because of the O-shaped hole), Samsung creates a hole-punch cut-out in the screen itself for the camera to peek through, with the ambient light and proximity sensors relegated to the small border above the display.

It’s unclear exactly how many cameras that OnePlus is looking to add to its next Pro-grade smartphone. While the leak from @OnLeaks clearly shows a single shooter in the cut-out, leaked images shared on Chinese social media service Weibo show a OnePlus-branded smartphone with an elongated, pill-shaped cut-out for two front-facing cameras.

It is possible that OnePlus is testing a number of different possible designs within the company and will decide how many selfie cameras are needed at a later date. OnePlus typically launches its first flagship smartphone of the year between April – June, so there’s still some time for last-minute tweaks.

Elsewhere, the next-generation smartphone from OnePlus looks remarkably similar to what we’ve already seen from the plucky start-up this year – a tall display, a triple-camera on the back aligned horizontally with the LED flash underneath the module, and curved sides on the display and back of the all-glass design. The trademark Alert Slider, which lets you toggle between silent, vibrate and loud sound profiles without diving into the settings menu, looks present and correct above the power button on the side of the design.

As always, it’s worth taking these leaked images and renders from CAD models with a pinch of salt. Nothing is official until OnePlus CEO Pete Lau announces it on-stage at the next launch event.