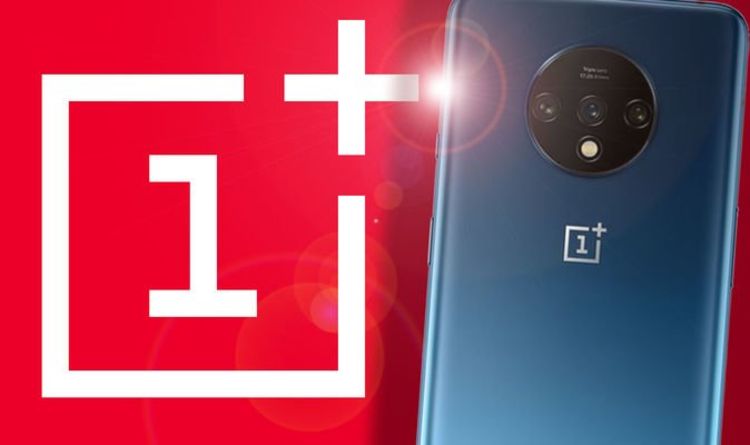 It’s another big day for OnePlus fans with the Chinese firm set to release a swathe of new devices at an event in London.

The headline act could be the UK launch of the new OnePlus 7T which was first announced last month at an event in India.

This phone could be a true flagship killer with it featuring a triple rear camera, stunning all-screen design and fast internals.

Express.co.uk has already had our hands on the 7T and you can read our initial impressions here.

We already know everything about the OnePlus 7T but there’s one thing that hasn’t yet been announced – the UK price.

That news will surely be released this afternoon and it could be key to this phone’s success.

Although the new 7T will be an exciting device there could be more to come from OnePlus including an update to the OnePlus 7 Pro.

It’s thought this phone could get some better specs with the launch of the new OnePlus 7T Pro also expected at today’s event.

Leaked images of this smartphone have recently been posted on Twitter by reliable tipster, Ishan Agarwal, and it looks very similar to what is already on offer from the firm.

That phone could also be joined by a new McLaren edition.

Both of these phones are expected sport similar designs to that of the OnePlus 7 Pro that debuted back in May.

The McLaren Edition of the 7 Pro is likely to be a souped-up smartphone internally and externally with its design honouring the motor racing team’s lineup of flashy and exuberant cars, at least if alleged renders from OnLeaks and 91Mobiles are to be believed.

OnePlus and the F1 team joined forces late last year with the launch of the OnePlus 6T McLaren device.

And in a tease about what could be coming today, Pete Lau, Founder and CEO of OnePlus said: “We’ve long been inspired by the McLaren brand spirit as an established company that continues to innovate.

“The public reaction to the OnePlus 6T McLaren edition was incredible, users enjoyed seeing us working together to push boundaries, and we are thrilled to continue working together.”

One final rumour is that OnePlus could reveal more news on their new TV range.

Express.co.uk will be at the OnePlus event in London and will bring you all the news live as it happens.