OnePlus Nord available to buy right now, with a few tricks to make it even more affordable 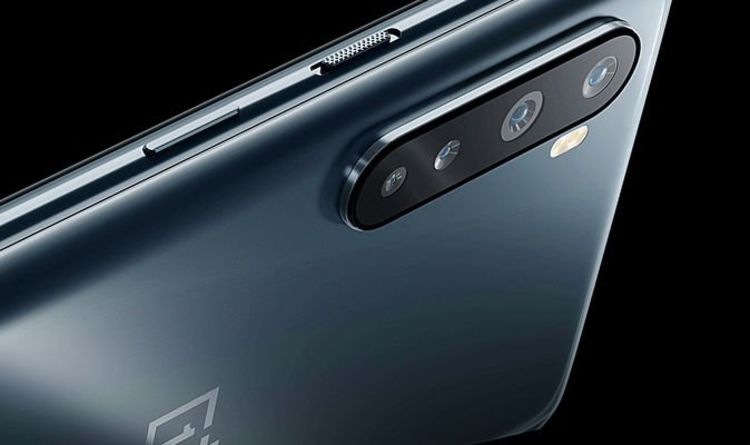 OnePlus Nord, which sees the Shenzhen-based company return to its price-conscious roots, is available to buy in the UK today. The stylish smartphone – that launched in a world-first Augmented Reality (AR) event online last month – packs six cameras (two on the front, four on the back if you’re counting), support for superfast 5G networks, a fingerprint scanner embedded inside the screen, and a high-refresh rate AMOLED display. And it starts from £379.

For comparison, the iPhone 11 Pro Max, which starts from £1,149, doesn’t have a high refresh-rate OLED display.

Not that the OnePlus Nord will go head-to-head with the iPhone 11 Pro Max. No, this is a smartphone that has its sights set on the newly-announced Google Pixel 4a, iPhone SE, as well as the latest offerings from the likes of Motorola, Oppo and Honor.

At £379, OnePlus Nord is powered by a Qualcomm Snapdragon 765G 5G processor, although OnePlus says it has worked hard to meticulously tweak its OxygenOS operating system, which is based on Android 10, so that animations and load times are as nippy and smooth as you’d expect from a OnePlus handset powered by a top-tier Snapdragon chipset.

The entry-level model has 8GB of RAM to help that smoothness, coupled with 128GB of non-expandable storage. For £469, OnePlus offers a variant with 12GB of RAM – more than most laptops – and 256GB of storage for all of your music, photos, videos, apps and games.

OnePlus is offering a number of ways to make the Nord even more affordable. For example, those who don’t want to sign-up to a lengthy 24-month contract can pay in instalments with 0% APR in OnePlus’ online store.

Not only that, but you can also reduce the price of the OnePlus Nord even further if you trade-in an old smartphone when you checkout. For example, you can get £50 off the Nord if you trade-in a working OnePlus 5, which is incredibly generous given that OnePlus 5 model only cost £449 when it launched back in June 2017. You’ll get more for an iPhone or other flagship-level smartphone.

As you’d expect from a OnePlus smartphone, Nord supports the firm’s trademark Warp Charge 30T fast-charging solution which can replenish the 4,115mAh battery from empty to 70 percent in half an hour – so you have no excuse for ever leaving the house with a red warning light on your battery. Unlike some rival fast-charging solutions, OnePlus’ speeds aren’t throttled if you’re using the handset while it’s charging. So, you can keep playing your graphics-intensive multiplayer game while plugged into the wall and still leave the house 30 minutes later with 70 percent in the tank.

Just as with OnePlus-branded flagship devices, the company guarantees two years of software updates and three years of security updates for Nord. So you’re guaranteed to enjoy the upgrade to Android 11 when Google launches its next-generation mobile operating system in the coming months …come to think of it, you’ll also see the bump to Android 12 in mid-2021 too.