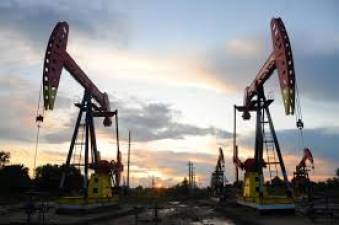 Oil prices are set to languish near current lows in coming months as the collapse of a deal among major producers to curb output hammers a market already reeling from falling demand due to the coronavirus, a Reuters survey showed on Friday.

Analysts in the snap poll slashed their forecasts of Brent crude prices to $ 42 a barrel on average this year versus the $ 60.63 consensus in the February monthly poll.

“The end of OPEC+ was long overdue and lower prices are here to stay at the very least for the next couple of quarters. Both Brent and West Texas Intermediate crude will need to get used to sub-$ 30 oil prices,” said Edward Moya, a senior market analyst at broker OANDA.

Crude futures plunged over 30% at one point on Monday, the largest one-day slide since the 1991 Gulf War, after the Organization of the Petroleum Exporting Countries and allies including Russia, known as OPEC+, failed to agree an extension to their output cuts.

In a resultant Saudi-Russian price war and race for market share, Saudi Arabia slashed the official selling price for its crude grades to all destinations and plans record production in April.

“Its (Saudi’s) move to raise production and offer crude oil at deep discounts is an attempt to punish and pressure Russia while at the same time squeezing the U.S. shale industry and many other high-cost producers,” said Florent Pelé from Societe Generale.

The OPEC+ deal collapse added to concerns of demand being squeezed by the rapid global spread of the coronavirus pandemic, which has paralysed supply chains and triggered a rout in financial markets.

Global oil demand is expected to mark its first quarterly decline for the first time since 2009, with most analysts predicting a drop of anywhere between 0.8 million barrels per day (mbpd) and 4 mbpd in the first half of 2020. For the year, a modest demand growth of 0.1-0.5 mbpd is expected.

“The prognosis for the oil market is even more dire than in November 2014, when such a price war last started, as it comes to a head with the signiﬁcant collapse in oil demand due to the coronavirus,” Goldman Sachs said in a note. – Reuters