Opera review: The Mask of Orpheus at English National Opera 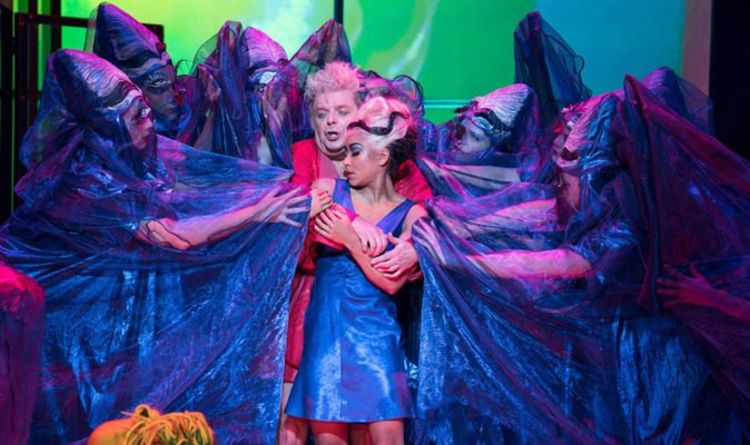 Everything about it is intentionally messy so my three-star rating is a complete cop-out. In terms of originality and sheer bravado it deserves five stars, but its total unintelligibility and the way its various parts fail to fit together (again probably by design), it plummets to one star. Birtwistle’s music is designed to create a soundscape in which the audience can immerse itself rather than hum along or enjoy in any traditional way.

It goes round in circles occasionally repeating itself while combining the efforts of two conductors, a large orchestra divided into two, and some electronic recordings, while the onstage action features three different versions of the Orpheus myth shown at the same time, blurring together and coming apart again, confusing their individual time frames and with three separate actors playing each of the main parts.

I suspect I would have taken a long time to realise this if I hadn’t read the programme first, and even with that advantage it was often difficult to deduce what was happening.

The libretto provides another level of obscurity, with a good deal of pretentious, poetic dialogue that did not seem to relate to the action we were watching. Meanwhile, there is a chorus of dancers and acrobats, and some of the most amazing costumes I have ever seen, mostly adorned with hundreds of thousands of Swarovsky jewels. Even the puppets wore exotic costumes and jewels.

This opera had its premiere in 1986 and was not seen again until the present production. One can easily see why: quite apart from the obscurity of its plot and the unusual demands it places on the orchestra, Birtwistle’s brand of music sounds appallingly difficult to sing.

The tenor Peter Hoare was very impressive in the hugely demanding part of Orpheus the man (as opposed to Orpheus the myth and Orpheus the hero, also played well by Daniel Norman and Matthew Smith respectively) but the whole cast coped magnificently with the outlandish score.

As I have suggested, I was utterly confused throughout the three-and-a-half hours of this opera, but I must admitted it was definitely an impressive experience even if I didn’t understand what was going on.

The last two performances will be on November 7 and 13.