Opinion | McEnany Played Her Part Perfectly for the Only... 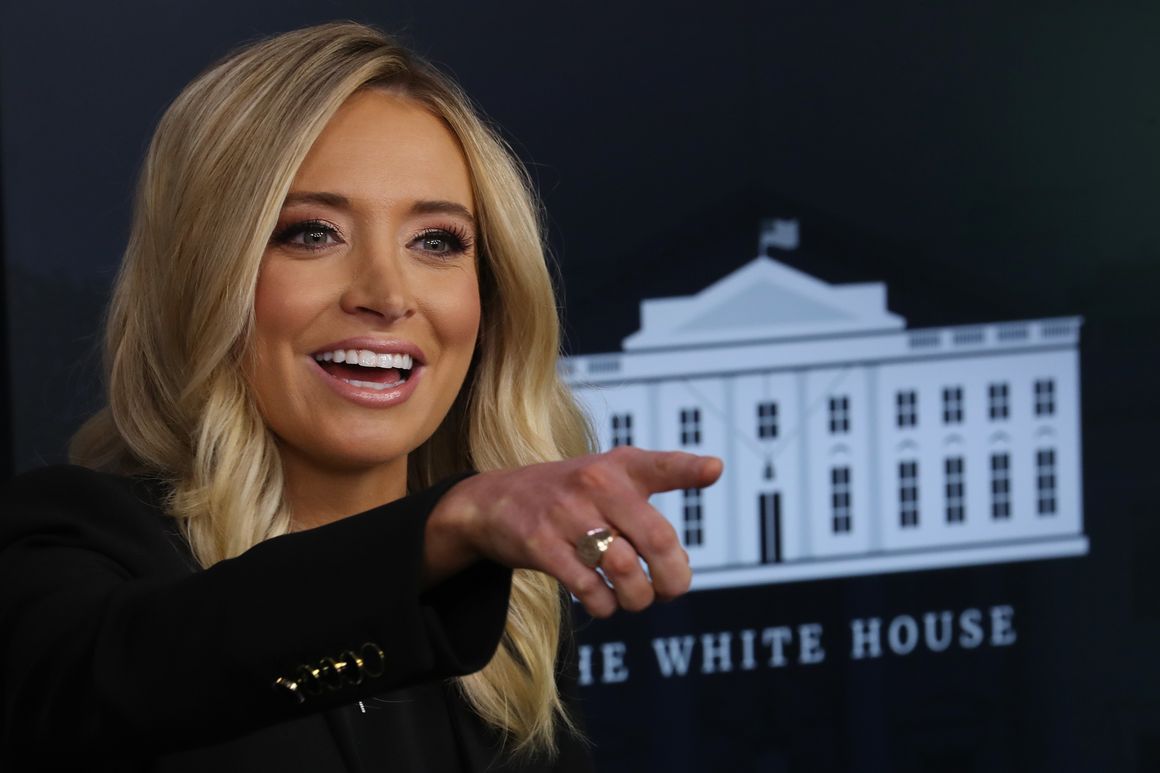 When White House press secretary Kayleigh McEnany hit the boards at the James S. Brady Press Briefing Room for the first time on Friday afternoon to prevaricate and hector reporters, it was like watching an understudy assume the role from a seasoned leading lady after months and months of preparation.

Speaking at the tempo of somebody who had just chugged a grande, McEnany resembled a blond version of Sarah Huckabee Sanders, who last performed on the Brady stage on March 11, 2019. McEnany did her perfect Sanders by lecturing the press on what it should be covering—specifically Michael Flynn’s attempt to row back his guilty plea, calling his prosecution “a case of injustice.” She hit the Sanders mark again when she responded to a direct question from ABC News’ Jon Karl—does “the president still believe Michael Flynn lied to the vice president and the FBI?”—by answering a question of her own making, directing Karl to the recent statement by Vice President Mike Pence in which he said he did not think that Flynn intentionally misled him. Completing her slavish Sanders impersonation, McEnany proved herself a willing vessel for Trump’s latest conspiracy theory—that the coronavirus originated in a Chinese government laboratory in Wuhan—despite the statement from the president’s own intelligence community saying there’s no evidence that the virus was manmade.

If President Donald Trump canceled the sessions more than a year ago because, reportedly, he decided the raucous back-and-forths weren’t helping his presidency, why stage a revival of them after more than a year’s absence? According to Stephanie Grisham, the rarely seen press secretary who served Trump between the Sanders and McEnany tenancies, the pressers had turned into acts of “theater” for journalists who stirred up the proceeding in order to “get famous” on television and win book contracts.

“President Trump communicates directly with the American people more than any president in history,” Grisham told ABC News. “The fact that the White House press corps can no longer grandstand on TV is of no concern to us.”

Having spent much of his business career manipulating reporters—often speaking to reporters as “John Barron“—Trump came to believe he could perform the function of press secretary better than any real press secretary. Putting himself in charge of White House messaging in the post-Sanders era, Trump talked to reporters whenever he saw a camera—at joint news conferences with foreign dignitaries, at photo ops and during departures on Marine One (“chopper-talk”) and arrivals on Air Force One. In mid-March, Trump expanded this exposure with coronavirus briefings in the Brady room, acting less like a press secretary and more like a talk-show host as he steered aides, Cabinet members and public health bureaucrats to the microphone in an ongoing display of self-promotion.

Trump ultimately learned from the pollsters and his staffers that he wasn’t much better at the job of press secretary than he was at selling steaks or running a “university.” Public approval of his performance was declining even before he delivered his advice to inject disinfectants to cure Covid-19, leaving him no alternative but to fire himself as press secretary and hire McEnany to restore the status quo.

Trump’s retreat might not be such a bad idea for the continuation of his presidency. The almost daily coronavirus pressers he so happily staged were making him the face of a wild contagion in a campaign year. Like Lyndon Johnson and Richard Nixon, whose presidencies became identified with the number of body bags returning from Vietnam, the coronavirus pressers were illustrating his helplessness at containing the plague. By getting McEnany to reprise Sanders’ role as his obfuscating mouthpiece and face the meat-grinder questions about the pandemic from the press, Trump can better concentrate his talents on playing the part of “the president” on the campaign trail. Trump’s talent for drama—and his baseball manager’s habit of constantly shuffling his line-up—doesn’t always serve him well. But it might help extend his run for another four years.

That joke up there about Trump firing himself as press secretary? I pilfered that from a Josh Marshall tweet. Thanks, Josh, and keep them coming! Send Trump jokes to Shafer.Politico@gmail.com. My email alerts would happily serve as my Twitter feed’s press secretary. My RSS feed says it will work as an amateur liar but never as a professional.