Oppo Find X2 is the phone you should be excited about, not the Galaxy S20 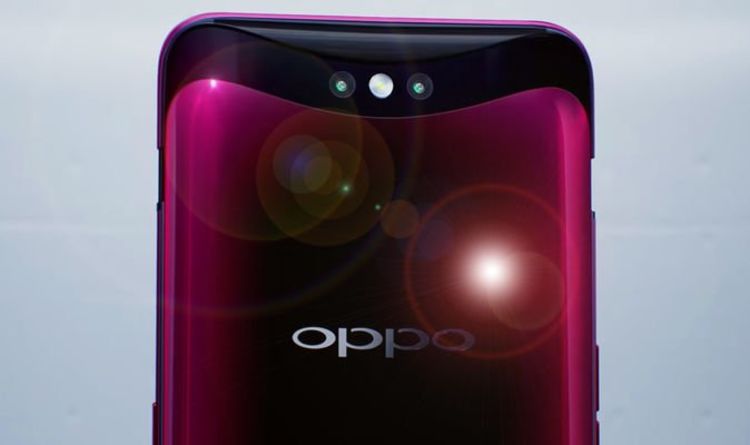 With the deafening hype surrounding the reveal of the Samsung Galaxy S20 on February 11, it’s easy to forget Oppo is gearing up to launch its first flagship phone since 2018 during the same month. But forgetting that launch would be a massive oversight because we’re expecting big things from the Chinese technology company.

Oppo is widely-expected to unveil the Find X2 at its MWC 2020 launch event, late next month in Barcelona. We already know a fair amount about the follow-up to the Find X, although nowhere near as much as the flood of leaks around the Galaxy S20. Oppo confirmed last month Find X2 will be powered by Qualcomm’s brand spanking-new Snapdragon 865 chipset and support 5G – something we expect to see from the S20, too.

In this writer’s humble opinion, the original Find X was a design sensation. Oppo made sure it was one of the first of its kind to boast a truly all-screen design, free of the curved notch at the top of the display that many of its competitors were adopting at the time.

The rear of the Find X was equally majestic, mainly because it was completely free of cameras, meaning no protruding lenses spoilt the phone’s (admittedly pretentiously named) Bordeaux Red and Glacier Blue colour options.

What’s most exciting about the Find X2 is that unlike most other smartphones expected to launch in the coming months, there have yet to be any concrete renders or leaks about its design. Oppo is certainly keeping the Find X2 under lock and key, and that has us incredibly excited about what the flagship could look like.

When it comes to design, I’m of the firm opinion that Oppo has Samsung beat every day of the week. You know a company is serious about appearances when it decks out the Louvre Museum for a smartphone launch and also experiments with striking colour schemes like the Oppo RX17 Pro’s Radiant Mist, or the new Reno 3 series’ Sunrise Impression.

Just like the original, Oppo is placing a huge emphasis on the Find X2’s display, although it’s unclear what new technologies the phone will bring to the table. The Shenzhen-based firm has admitted there’s still so much about smartphone displays that can be improved and named resolution, refresh rate, colours and dynamic range as its key focus points.

Rumours have suggested the Oppo Find X2 will tout a super-smooth 120Hz refresh rate display which, if true, certainly wouldn’t be surprising.

Both Samsung and OnePlus are expected to include pixel-packed 120Hz panels in their next phones, so it would be in Oppo’s best interests to keep up with the competition. It’s unclear if the Find X2 will come with a pop-up mechanism like the original or if it’ll use a notch or hole punch.

What we do know is those hoping for an under-display selfie camera (as seen on Oppo’s concept phone) will likely be disappointed. Oppo’s Vice President and President of Global Marketing, Brian Shen, recently said it’s “unlikely” the flagship will boast such technology.

He tweeted: “Considering the obstacles of making a smartphone mass production ready, it’s unlikely we will see an under-screen camera in Oppo FindX2, as many have asked. The screen on Oppo FindX2 will still be a key focus for the device along with a lot of other industry leading features.”

In terms of cameras, we’re expecting big things from the Find X2. Oppo has already demonstrated its photography prowess with the release of the Reno 10x Zoom that came packing an innovative periscope-style telephoto lens and a powerful 48-megapixel main sensor. Given that Samsung is widely-expected to top-out at 5x zoom, that seems like another easy win for the Chinese firm against the South Korean giant.

Oppo has already confirmed a partnership with Sony to create a larger image sensor size that’ll presumably debut in the Find X2. This could allow the camera system to take in more light, making it better when shooting in tougher scenarios – like low-light. It’s expected the focus will be improved, too.

And let’s not forget about Oppo’s battery expertise, either.

The firm has already demonstrated its ability to deliver 65W wired charging to a smartphone – the Oppo Reno Ace released last year and can be refilled from empty to 100 percent in a mere 30 minutes. That’s comfortably the fastest fast-charging on the market right now.

It’s expected Oppo will bring its best battery charging tech to the Find X2 with rumours also suggesting it could be working on super-fast 50W wireless charging for it, too. Safe to say, we’re pretty excited for the reveal of the Oppo Find X2, and you should be too.

Express.co.uk will be covering Oppo’s MWC showcase live next month. In addition to the Find X2, it’s also expected the Shenzhen firm will unveil its first ever smartwatch and a new pair of headphones. So stay tuned!