Ori and the Will of the Wisps REVIEWS: Xbox finally has a game to make PS4 fans jealous 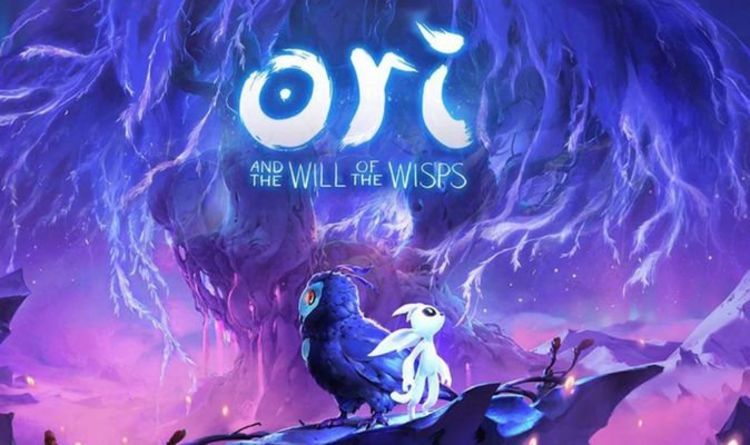 Essential Xbox One exclusives have been lacking since the console launched back in 2013, especially compared to the PS4.

With exclusives like Bloodborne, Horizon Zero Dawn and God of War to its name, the PS4 has gone from strength to strength in the years since launch.

As we come to the end of the current console generation, it looks like Xbox finally has a game to make PS4 fans jealous.

With the Ori and the Will of the Wisps March 11 release date within touching distance, reviews have started to appear online.

And if the early review scores are anything to go by, it looks like Microsoft has released the first must-have game of 2020.

Describing the game as “amazing”, IGN awards Ori and the Will of the Wisps a near perfect 9/10.

“In Ori and the Will of the Wisps, Moon Studios has taken an excellent foundation and made even more out of it,” the review reads.

“Its many new elements expand on and add to the first game’s fun without bogging it down or becoming overcomplicated.

“And that’s really the best praise you can give a sequel – it stays true to the spirit of the original, doubles down on what made it great, and gives you more stake in the world and options to navigate it. Ori and the Will of the Wisps is an excellent heartfelt follow-up that pushes the series to new heights.”

US publication Game Informer is even more impressed, awarding the game 9.5/10.

“The story is fantastic, the world is breathtaking, and all of that pales in comparison to the wonderfully made gameplay that soars both as a platforming and combat game,” the review reads.

“Moon Studios has outdone itself with Will of the Wisps, delivering an experience that doesn’t have any lulls, makes the player feel clever, and just keeps getting better as it goes.”

Gamingbolt goes one step further, awarding Ori and the Will of the Wisps the perfect 10/10.

“Ori and the Will of the Wisps’ shortcomings are few and – for the most part – negligible. The game’s brilliance smacks you in the face right from the get go, and it doesn’t let up until the very end.

“Nearly every moment is finely crafted, nearly every nook and cranny lovingly designed. With Ori and the Will of the Wisps, Moon Studios have realised the full potential of their debut title, and entered the upper echelons of Metroidvania history.”