Oscar De La Hoya coming out of retirement; wants to fight 'any top guy out there' 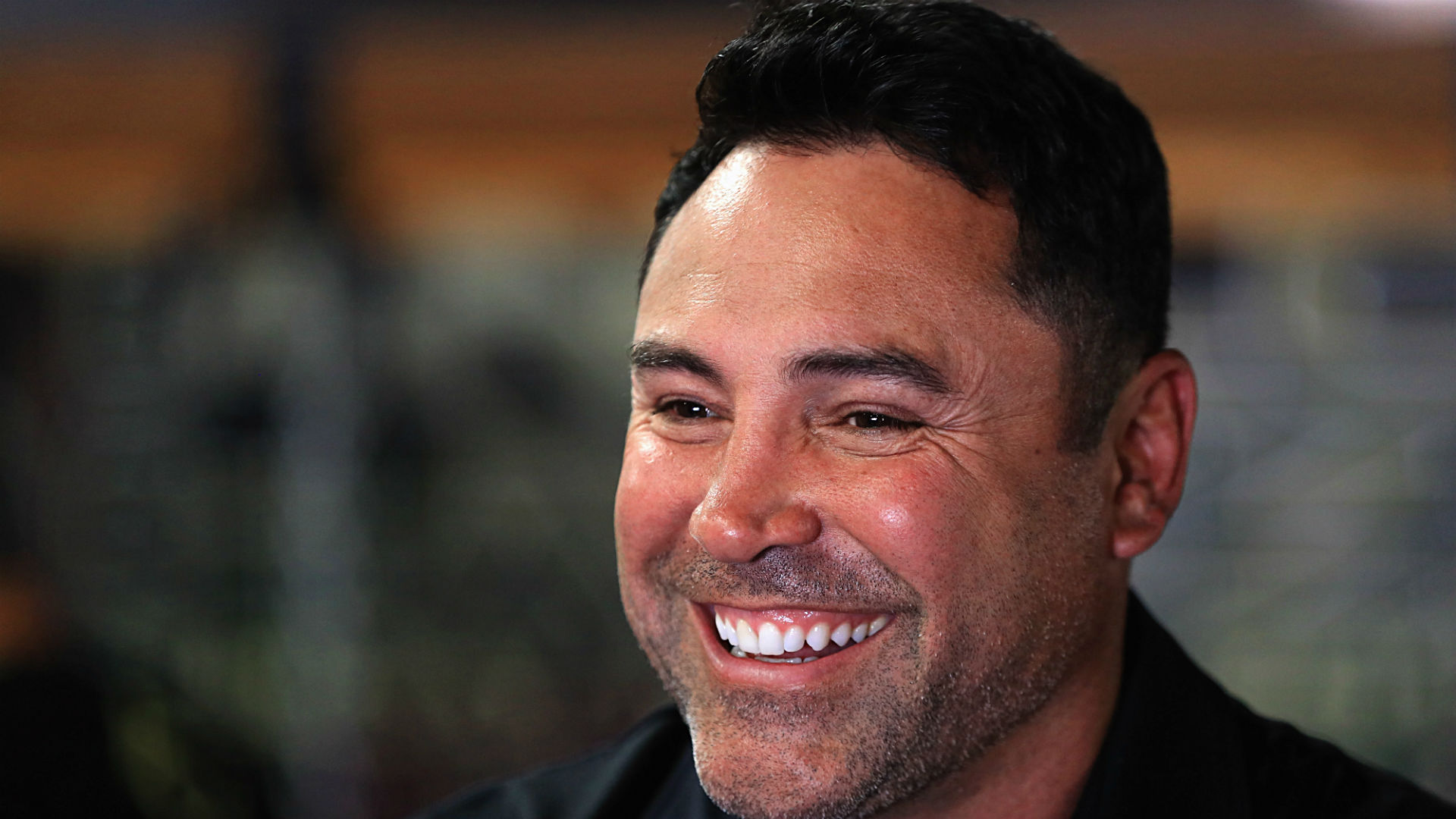 Oscar De La Hoya, saying he misses the thing that “gave me everything I have today,” told ESPN on Wednesday that he is resuming his boxing career at age 47, starting with a return to sparring in the next few weeks.

While he was making his declaration, he decided to jab today’s fighters.

“The Golden Boy,” whose last fight was a welterweight loss to Manny Pacquiao in 2009, is helping to make money for fighters as chairman and CEO of Golden Boy Promotions. His stable includes four-weight world titlist Saul “Canelo” Alvarez, WBA featheweight champ Xu Can and rising stars Vergil Ortiz Jr. and Ryan Garcia.

De La Hoya (39-6, 30 KOs) told ESPN that his ring return will be “a real fight” rather than an exhibition. Mike Tyson, 53, has taken the exhibition route for his planned return fight vs. Roy Jones Jr. Further, De La Hoya says he wants to take on “any top guy out there.”

Well, De La Hoya has a top guy in Alvarez, and the two haven’t been on good terms. The frosty press conferences ahead of Alvarez’s light heavyweight title fight vs. Sergey Kovalev last November showed that.

The two men barely interacted during events to promote the bout. In that time, Alvarez ripped De La Hoya to The Athletic, saying “there’s no loyalty in” the promoter.

Alvarez was stripped of his IBF middleweight title last year after De La Hoya and Golden Boy could not agree on a purse for Alvarez’s title defense vs. Sergiy Derevyanchenko. Per The Athletic, Alvarez was also upset with how De La Hoya treated Garcia, a protege of the champ. Recent public statements by Garcia show he and De La Hoya remain at odds.

Given all that, then, would Canelo be interested in welcoming De La Hoya back into the ring himself? Alvarez moved up to 175 pounds, a hefty jump from 154 pounds, to fight Kovalev. De La Hoya told ESPN that he wants to fight at 154 to 160 pounds. Somewhere in the middle, like 168, maybe?

That’s a lot of dot-connecting, but a matchup would surely sell tickets if spectators return in time for De La Hoya’s return, and maybe a few folks would pay to watch it (Alvarez is a DAZN fighter).

Hey, fans love grudge matches. And one of these men has held a grudge for a long time.