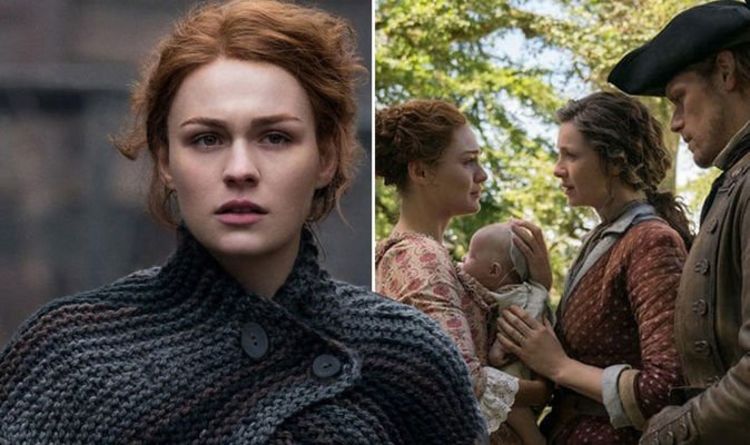 The scene also proved a touching moment for Claire and Jaimie, who remembered their own wedding vows in a romantic flashback.

However, not everything was sunshine and roses as some ominous exchanges in between the frivolities hinted at the conflict to come.

Roger is considering returning to the future, Governor Tryon (Tim Downie) is putting the pressure on Jamie, and there are hints that the nefarious pirate Stephen Bonnett (Edward Speleers) may still be alive.

Although the scene was wrapped with romantic atmosphere, the feeling wasn’t shared by the cast.