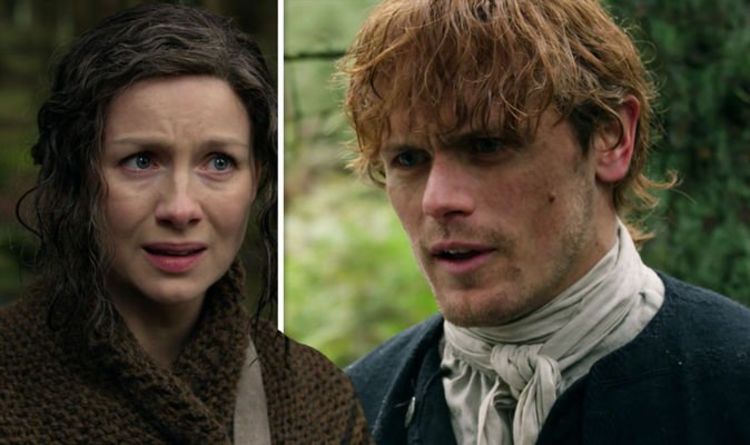 Outlander has successfully combined a fantasy setting with real-life events. Over the first four seasons time traveller Claire Fraser (played by Caitriona Balfe) was tasked with enduring a few bloody battles in Scotland, and constant oppression for being a woman in the 1700s. Perhaps the worst scene of the show was Brianna Fraser’s (Sophie Skelton) rape, which had a lasting effect on her emotionally, and physically.

Season five is going to delve into the Outlander book franchise’s fifth book, which is titled The Fiery Cross.

However, as the show has been moving at breakneck speed so far, viewers believe the fifth book will only last a portion of the fifth season, and will eventually encroach into the sixth book, A Breath of Snow and Ashes.

Now, as fans look deeper into the promotional material provided for the fifth season, they have come to the conclusion it will include a dramatic and horrifying scene which sees Claire being raped while in captivity.

Speaking out on Reddit, wheeler1432 wrote: “I have read indications that there might be some of the sixth book in season five.

It certainly is true that Diana Gabaldon has personally written the penultimate episode of season five, and it would make sense for her to become more involved in the show for such a gigantic scene.

The scene in question sees Claire being captured by a group of men, including a man named Donner, another time traveller.

This scene will certainly be a harrowing experience for Claire if it is going to happen, and already some fans are not happy about the show including such scenes.

One replied: “Another rape? I love the show, but at what point is it creepy to have so many sexual assaults used as a plot device on one show?”

Another said: “I think it might be too. I just got past that part of the books yesterday and it was awful.

“If anyone is going to be the writer for the episode covering that I really hope it is Diana and it can be handled with as much dignity & care as possible… particularly the aftermath and her recovery.

“The events themselves are going to be incredibly gut wrenching to watch but what always brings me back to Outlander is the strength of the characters and how they don’t shy away from really dealing with trauma.”

If this does happen in the show, fans will certainly be in for a horrific few scenes showing Claire dealing with the aftermath of the tragic events.

Meanwhile, fans have also become suspicious the fifth season will begin the end of Claire and Jamie Fraser’s (Sam Heughan) journey on the show.

This house is, as fans know, the supposed resting place of the couple after a fire kills them at some point in the future.