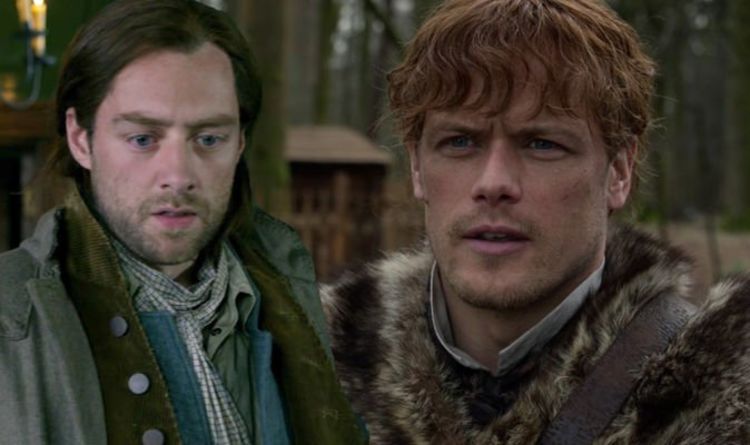 Outlander season five arrives on STARZ and Amazon Prime Video screens in just a short number of weeks. With so much leftover from season four, viewers are eager to see how the various characters have progressed in the time between seasons. Most importantly, Claire Fraser (played by Caitriona Balfe) and Jamie Fraser (Sam Heughan) have a lot of storylines to wrap up after the traumatic season four.

Viewers will welcome the couple back on to their screens this month after they have settled in to Fraser’s Ridge in a brand new home.

They aren’t alone, however, as they are now living with their daughter, her husband, and their child – Brianna Fraser (Sophie Skelton), and Roger MacKenzie (Richard Rankin).

But it looks like Roger is going to be involved a lot more in the upcoming season, as he is due to take on some responsibilities alongside Jamie.

Roger actor Richard recently spoke to Radio Times about what is to come for the unlikely duo, and alluded to their growing relationship.

He told the publication: “That’s a huge element of season five… Roger and Jamie’s story this season is a very exciting one.

“It’s a lot of fun, they – I’m not gonna give anything away particularly – but it’s a huge aspect of season five.”

Praising his colleague in the show, Richard continued: “And Sam [Heughan] and I have had a lot of fun playing it this season.”

Despite this, he did explain that Roger and Jamie’s relationship is constantly changing, which is sure to leave viewers confused throughout the show.

Speaking specifically about how the pair will get on in the show, he said: “The evolution of Roger and Jamie’s relationship… has its ups and downs, there’s peaks and troughs.

“But it’s really, really good, it’s great. I think it’s gonna be one that the fans and the viewers really enjoy watching and seeing come to life.”

The same interview saw Claire star Caitriona teasing the return of some time travel in the show’s fifth season.

She said: “I wish I could tell you so many things but we’re not allowed. But, you never know, it’s [time travel] always an element of our show.”

Meanwhile Jamie star Sam recently spoke out about there being a huge break between seasons five and six.

He explained: “It almost came to five-six months [last year]. I’m not sure the exact dates at the moment, but I think it might be the same.”

He then joked: “There will be a Droughtlander, but they can go see my movies.

“For me, personally, it’s been fantastic. It opened a lot of opportunities.