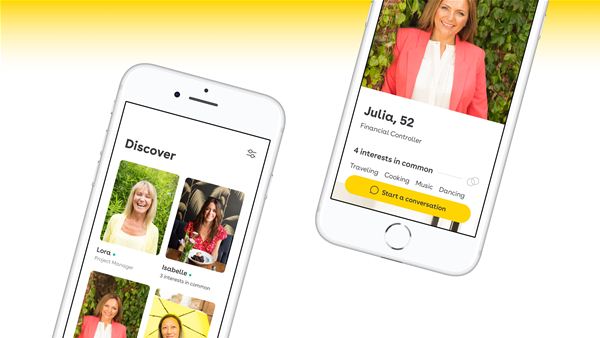 One may be best known as Captain Jack Sparrow, the other the leader of the Avengers – but although both Johnny Depp and Robert Downey Jnr are in their mid-fifties, a majority of British daters think they are younger, highlighting a deeper dating age and image challenge in the UK.

With Wolverine and Greatest Showman movie superstar Hugh Jackman turning 50 on Friday (12/10) – the new research reveals Brits find it increasingly difficult to guess the age of people by looking at their photos. Lumen, the first ever app-only dating platform dedicated to the over-fifties, has revealed the trends and needs for this age group on the dating scene as it sets out its ‘anti-ageism’ mission to end the misperceptions associated with this group.

The app has found that over 41% find it very difficult to predict the age of someone by simply by looking at a photo of them with 21% often thinking everyday people are older than they are, which they blame on Hollywood using older actors to player younger characters.

To test this Lumen asked a panel of daters to guess the age of eight famous Hollywood actors. Results show that the public is far from clear with over 60% thinking 55 year old Johnny Depp was under 50, 63% thinking 53 year old Robert Downey Jnr was under 50, and nearly half (46%) thinking 56 year old Tom Cruise was under 50. In fact, less than a quarter of the 1,300 people surveyed placed the celebs in their correct five-year age bracket.

And the issue isn’t just with identifying film stars, Lumen has found that in tests conducted by the app, many people associate images of people in their sixties and seventies as being in their fifties.

Charly Lester, co-founder of Lumen said:
“Our aim at Lumen is to shine a light on images and realities that truly reflect today’s over fifties, not just a Hollywood version of them.”

“It isn’t easy to age someone based on their picture, especially as the entertainment industry constantly uses older men to play younger roles. Given Will Smith just turned 50 and Hugh Jackman will turn 50 this month, we were curious what UK daters thought their actual ages were.”

To reflect the reality of what it means to be over 50 today, Lumen has created a library of copyright-free images accurately capturing the vibrancy of this demographic, which it is calling on other brands to adopt.

Lumen thinks this is a deeper issue with current portrayals of over-fifties missing the mark, with stereotyped stock imagery and misleading language failing to capture the fun and adventure of being single and over 50. Just one in five (21%) of those aged 50 and upwards believe brands’ representations of their age group are accurate, according to research by YouGov.

Charly Lester, continued:
“Of course those on our app are primarily concerned with the authenticity of images. To ensure everyone on the platform is genuine, we make every new user take a selfie when they join, which is cross-referenced against the photos they use in their profile. Everyone on the app must have at least three profile photos so people can see what they really look like.”

Technology is central to this process, and Lumen uses a specially created algorithm to assess the selfie image and authenticate against the other images provided as well as highlight likely age of the person.

About Lumen
Lumen is the first app-only dating platform for over-fifties, specifically designed for them to meet genuine like-minded singles.

The app builds on insights from existing dating services to provide a safe, welcoming, and age-appropriate dating community for more than 80 million single men and women globally aged over 50. Lumen features 100% verified photos, with detailed profiles including at least three photos and has been designed to encourage meaningful conversations.

Lumen has been co-founded by Antoine Argouges, who has spent years in product development and solution-building for some of the world’s biggest dating apps, and Charly Lester who is a leading dating industry expert; previously Dating Editor at the Guardian and Founder and CEO of The Dating Awards.

Lumen is available to users in the UK and can be downloaded now, free of charge, from the App Store and Google Play Store.