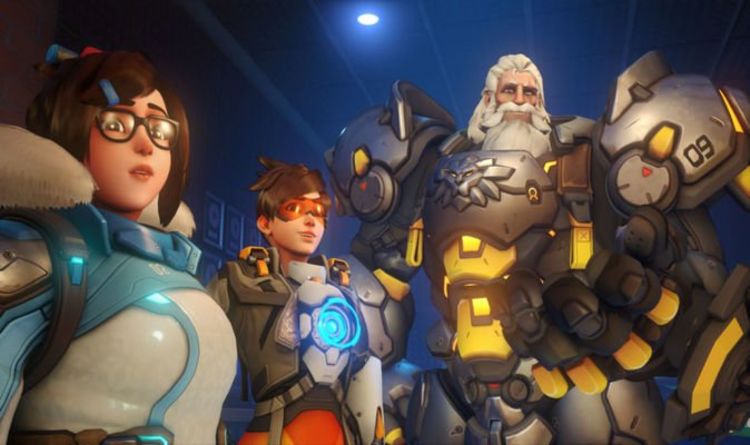 There’s plenty of new information to dissect regarding the release of Overwatch 2, the sequel to the popular multiplayer battler.

Its primary focus is bringing new story content to Overwatch without splintering the existing online community.

There’s still plenty of other stuff being planned, including new heroes and modes being released, with Push announced during BlizzCon 2019.

But while we know quite a lot about what is coming next to the Overwatch franchise, we still don’t know how much the new game will cost or when it will launch.

WHEN IS THE OVERWATCH 2 RELEASE DATE?

Blizzard has remained very vague on when Overwatch 2 will be released on PS4, Xbox One, PC and Nintendo Switch.

Having spoken to Chacko Sonny and Michael Chu during BlizzCon 2019, the Express Online found out that the game is still in the early stages of development.

What that means exactly is anyone’s guess, as gamers have been able to test out a Rio De Jenario story mission and the new Push Mode this weekend.

But from what was shared during a recent press conference, it seems like Overwatch 2 won’t be arriving in early 2020.

When asked why they decided to announce the game so early, and what the plus and minuses are to that decision, the development team revealed why it was important to share the news at such an early stage.

Replying to the Express Online’s question, Chacko Sonny explained: “On a purely base level, the team just wanted to share what they had been working on for so long.

“There’s a satisfaction that we get from sharing with the community; we’re listening and we hear all the feedback.

“We know what people want and we want you to know that we’re taking that into consideration and working on stuff.

“So from a very base level, that’s a large part of it right there.”

Sonny provided more on how important fan feedback will be from the BlizzCon demo, as well as noting that the game is still in its early stages.

“It’s the way we make the best possible stuff by having that, so yeah, there are some challenges associated with announcing this (Overwatch 2) early.

“We’re certainly pretty early on, but at the same time, we want you to come along on this journey with us.

So while Chu and Sonny have failed to provide much in the way of a release schedule, they have made it clear that Overwatch 2 could change a lot with the help of fans.

For now, we know that story content will be the big focus of the sequel, featuring the birth of the second Overwatch team, with Winston, Tracer, and other members of the original Overwatch joining forces with a new generation of heroes.

The opening trailer for Overwatch 2 features Winston in a sticky situation and provided a glimpse into what kind of themes could be explored in the new story mode, including the death of a character.

That might not be quite what we get in Overwatch 2 though, as Chu explains: “I think one of the themes we are interested in exploring in Overwatch is heroism.

“One of the things that has come out of a lot of the different stories in the Overwatch universe is that being a hero is hard.

“We’re really interested in telling stories about all sorts of difficult things that come from being a hero.

“The balancing of what heroes are able to do are the things that they have to struggle with and the situations they find themselves in and the choices they have to make is a good example.

“I think that is the bread and butter of the kind of stories we want to tell in Overwatch.”