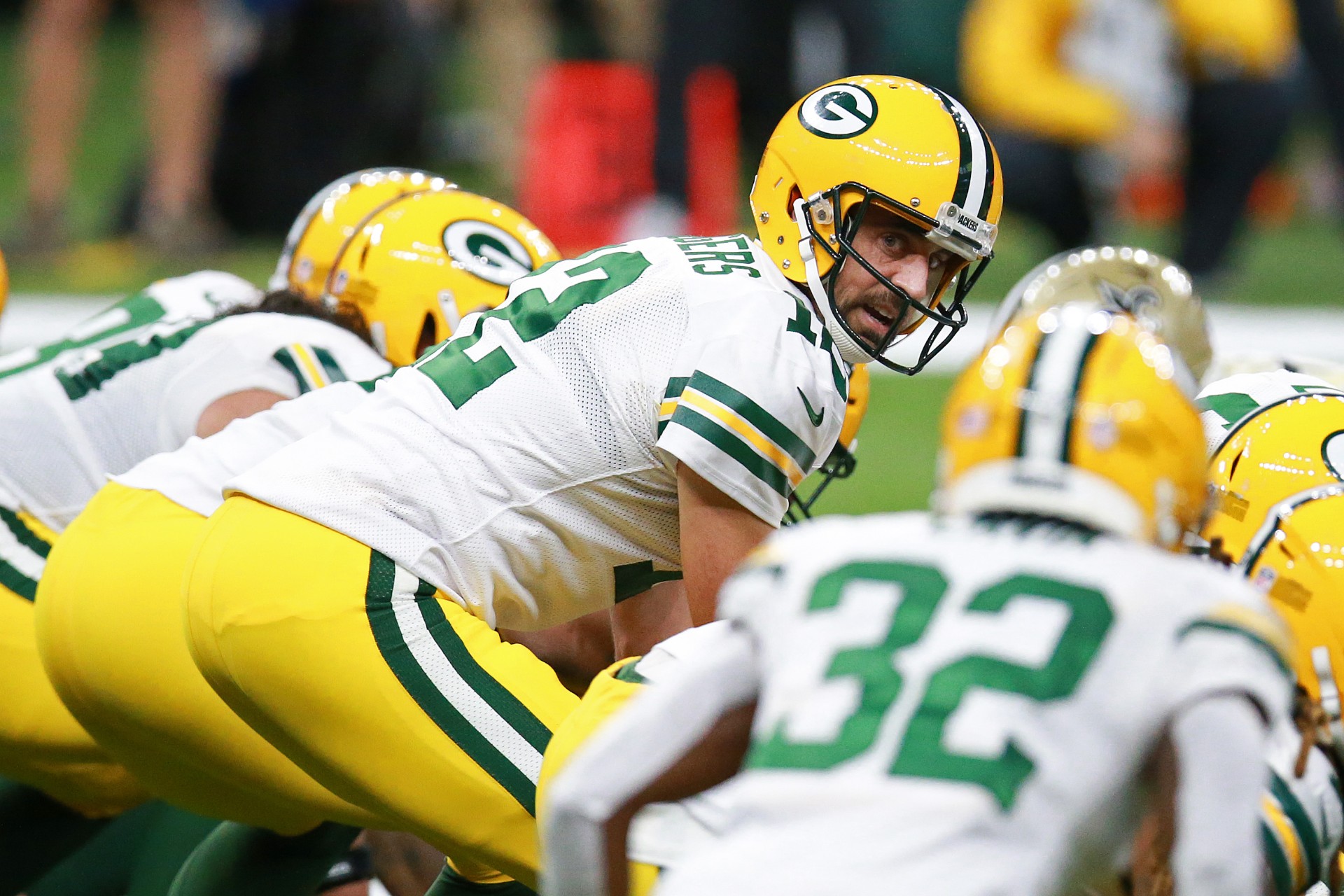 The Packers are 3-0, and as always the focus will be on their two-time MVP quarterback, Aaron Rodgers.

Rodgers passed for 283 yards and three touchdowns in Green Bay’s 37-30 victory at New Orleans on “Sunday Night Football.” He’s back in MVP form with 887 yards passing, nine touchdown passes and no interceptions through a blistering three-game stretch in which the Packers have averaged 40.7 points and 459.7 yards per game.

But Rodgers isn’t the biggest talking point with Green Bay, which is one of three remaining unbeaten teams in the NFC along with the Bears and Seahawks. It’s that he has the most help on offense since the Packers’  Super Bowl run in 2010 — and the team’s first-round pick in the 2020 NFL Draft doesn’t seem to matter now.

Most of that supporting cast showed up against the Saints, who fell to 1-2 and have more questions beyond whether Drew Brees can lead another Super Bowl run.

Rodgers didn’t have top receiver Davante Adams (hamstring), and it didn’t matter. Allen Lazard caught six passes for 146 yards and a touchdown. The tight end trio of Robert Tonyan, Marcedes Lewis and Jace Sternberger combined for nine catches, 104 yards and two TDs. The Saints focused on running back Aaron Jones, and that didn’t matter, either. Jones finished with 16 carries, 69 yards and one TD rushing.

One of the biggest victories Sunday was that Green Bay didn’t have to rush Adams back and risk him aggravating his injury.

Rodgers also has the right coach for this version of the NFL in Matt LaFleur, who improved to 16-3 in the regular season. Rodgers and LaFleur are meshing better in Year 2 when it comes to being creative. Notice that Rodgers’ body language and his relationship with the head coach aren’t topics right now. Winning will do that.

Their dynamic sure looked a lot better than the one between Brees and Sean Payton when the score was 27-27 in the fourth quarter. Payton tried a gimmick zone read with Taysom Hill, which resulted in a fumble that Green Bay’s Za’Darius Smith recovered. The Packers turned that takeaway into a go-ahead field goal, and then Rodgers led a game-clinching touchdown drive on the next possession.

Green Bay still has to answer one big question, though: Is the defense good enough? The Saints scored 30 points. Alvin Kamara — another MVP candidate — had 197 total yards and two TDs and wowed with highlight-reel plays. Brees finished with 288 yards and three TDs passing, most of which came as he tried to keep up with Green Bay’s offense.

Defense will be a question mark all season long for a team that was outclassed in last season’s NFC championship game by the 49ers. The Packers’ next three games — vs. the Falcons, Buccaneers and Texans — are ready-made shootouts against Matt Ryan, Tom Brady and Deshaun Watson, respectively. Rodgers will have to be good in those games, too, but he’ll have help, and not just help, but help.

Rodgers will also get help with calls that are reserved for Hall of Fame quarterbacks. On Sunday, for example, Lewis caught a touchdown on a play where he could have been called for offensive pass interference. That demeans what the Packers have accomplished.

The Packers don’t win Sunday’s game in the past. Brees came in with a 10-0 record at home on “Sunday Night Football” and Rodgers had lost his last two trips to the Superdome. He didn’t have enough help in those games.

Green Bay has now won at Minnesota and New Orleans this season, something that would have been more difficult had those games been played in full stadiums. But all teams are playing in empty stadiums or before limited crowds. The Seahawks beat the Cowboys without having the 12s backing them in Seattle. The Bears came back on the Falcons in Atlanta.

Seattle’s Russell Wilson and Chicago’s Nick Foles have varying levels of help, but through three games it looks as if Rodgers has a little more. It will be needed to help keep Green Bay moving toward the coveted No. 1 seed in the new seven-team conference playoff format this year. Lambeau Field is always a source of help.

Being top seed could help Green Bay take the next step. It has the best offense in the NFC through three games and it looks as if it can compete with the two teams and quarterbacks that will provide the encore to Week 3 on “Monday Night Football.” The Chiefs’ Patrick Mahomes and the Ravens’ Lamar Jackson lead Super Bowl contenders.

If the Packers keep providing Rodgers with the kind of help he has received in September, then that’s the conversation we’ll be having in January.

ByBut equally, those two teams have had even more of an emphasis on giving their attacking players the freedom to fully express themselves. Liverpool's attacking...
Read more
Sports

BySporting News The Bears and Rams both have talented defenses and offenses that sometimes disappoint. That makes putting together a DraftKings Showdown lineup for Monday...
Read more
Sports

ByHe added: "I think, to Lewis, it’s incredible. He’s also going for his seven world titles, which is very impressive. "Everyone knows he is very...
Read more
Sports