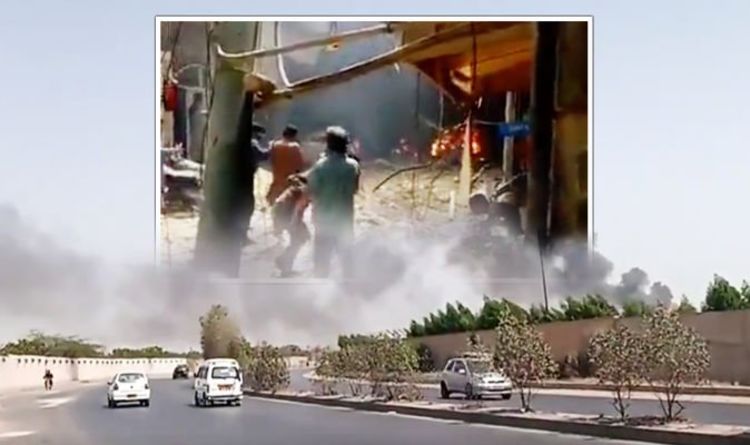 Footage taken from the scene and shared on social media shows a huge cloud of black smoke filling the air. The plane was flying from Lahore to Jinnah International Airport, Pakistan’s busiest airport.

A Pakistan International Airlines (PIA) spokesman has confirmed there was 107 passengers on board the flight.

The plane PK 8303 aircraft was carrying 99 passengers and 8 crew members.

It has not yet been confirmed if there are fatalities.

Footage from the scene appears to show the aircraft came down near a residential area in Model Colony.

The Pakistani army has been deployed to the area to help with the rescue efforts alongside the civil administration.

The BBC’s Urdu service said: “Dark clouds of smoke can be seen rising from the crash site in the footage seen on TV.

“According to Pakistani media, the plane crashed in an area near Model Colony where there is a human population.”

Model Colony is a neighborhood in Karachi located around two miles north-east of Jinnah International Airport.