Palaeontologists Think They Have Found 'The Most Dangerous Place' in...

A long-known but under-studied deposit of Cretaceous rock on the edge of the Sahara desert was more than just an ancient stomping ground for dinosaurs, according to a comprehensive new paper.

The Kem Kem Group in eastern Morocco might also represent a prime candidate for the most dangerous time and place to have been alive in Earth’s prehistoric past, based on its fearsome preponderance of large-bodied carnivores, as evidenced in the fossil record. 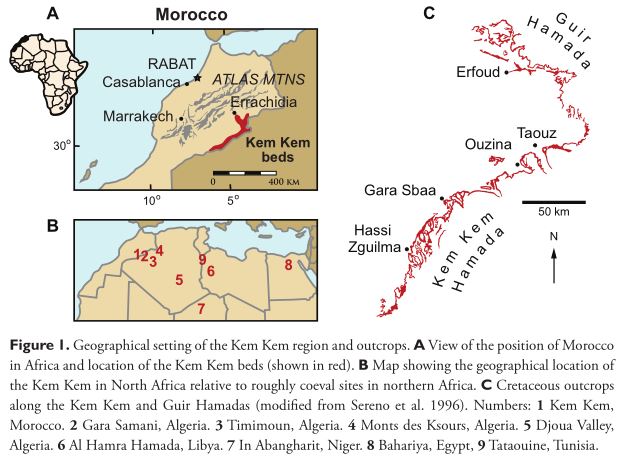 That prevalence – in contrast to the relative scarcity of herbivore remains – constitutes a bias towards giant flesh-eaters that can’t be found in any comparable modern terrestrial ecosystem, researchers say.

“This was arguably the most dangerous place in the history of planet Earth, a place where a human time-traveller would not last very long,” says palaeontologist Nizar Ibrahim from the University of Detroit Mercy. 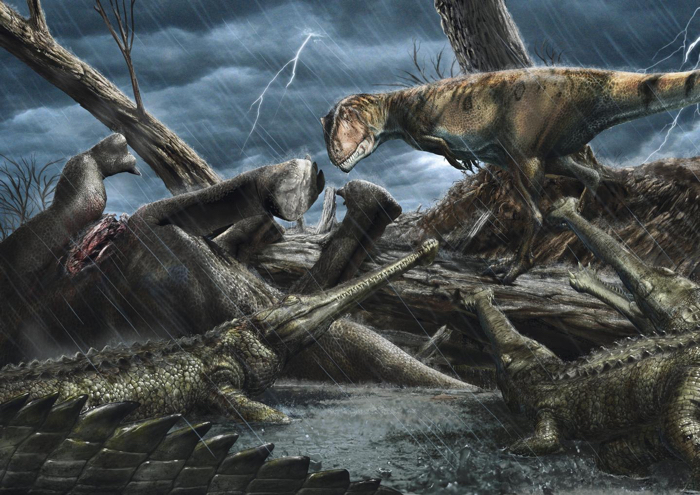 In a new study, Ibrahim and his team reviewed the abundance of fossil evidence sourced from what has previously been termed the ‘Kem Kem beds’ – a fossil-rich deposit of ancient strata situated near the Moroccan-Algerian border and dating back to the Late Cretaceous period.

The site’s existence has long been known, and not only to palaeontologists, but also to commercial fossil hunters, meaning the plundered remains of many of these ancient dinosaurs, reptiles, and other creatures are now scattered far and wide across the globe in private collections.

That distribution of isolated fossils means we’ve been missing out on a consolidated overview of what the Kem Kem Group’s fossil haul truly represents; something Ibrahim and fellow researchers have attempted to rectify with their new analysis, which involved visits being made to collections held on several continents.

“This is the most comprehensive piece of work on fossil vertebrates from the Sahara in almost a century, since the famous German palaeontologist Ernst Freiherr Stromer von Reichenbach published his last major work in 1936,” explains one of the team, palaeobiologist David Martill from the University of Portsmouth in the UK.

Both formations exhibit a range of dinosaurs and pterosaurs, in addition to ancient crocodyliforms, turtles, fish remains, plus various invertebrate, plant, and trace fossils. 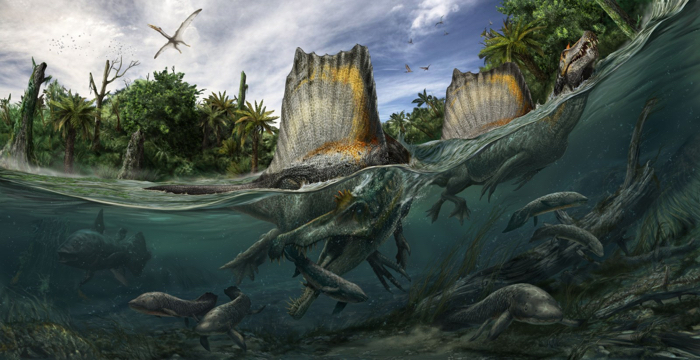 Perhaps the most remarkable feature of the Kem Kem palaeoecosystem is what has since become known as ‘Stromer’s riddle’: the overabundance of predatory versus herbivorous dinosaurs, seen in both the Kem Kem Group, and also the Bahariya Formation of Egypt.

With regard to the Kem Kem Group, this is indicated by the presence of four different kinds of theropods (an abelisaurid, Spinosaurus aegyptiacus, Carcharodontosaurus saharicus, and Deltadromeus agilis), whereas in most Mesozoic formations like this, only one or two large-bodied predators like this would be found, the researchers say.

But there is more that sets Kem Kem apart, the team found. At the same time, large-bodied herbivores are neither diverse nor abundant in the fossil record, the team says, although they likely did dwell alongside the large meat-eaters, but are “not as diverse as in many other Cretaceous formations nor particularly common as fossils”. Nonetheless, there was plenty else to eat. At the time these dinosaurs roamed, roughly 100 million years ago (but dating up to 115 million years back for some of the fossils), the area was the headland of a vast river system, and a bountiful supply of fish and other marine animals would have easily sustained the theropod population.

“This place was filled with absolutely enormous fish, including giant coelacanths and lungfish,” Martill says.

“There is an enormous freshwater saw shark called Onchopristis with the most fearsome of rostral teeth, they are like barbed daggers, but beautifully shiny.”

The findings are reported in ZooKeys.