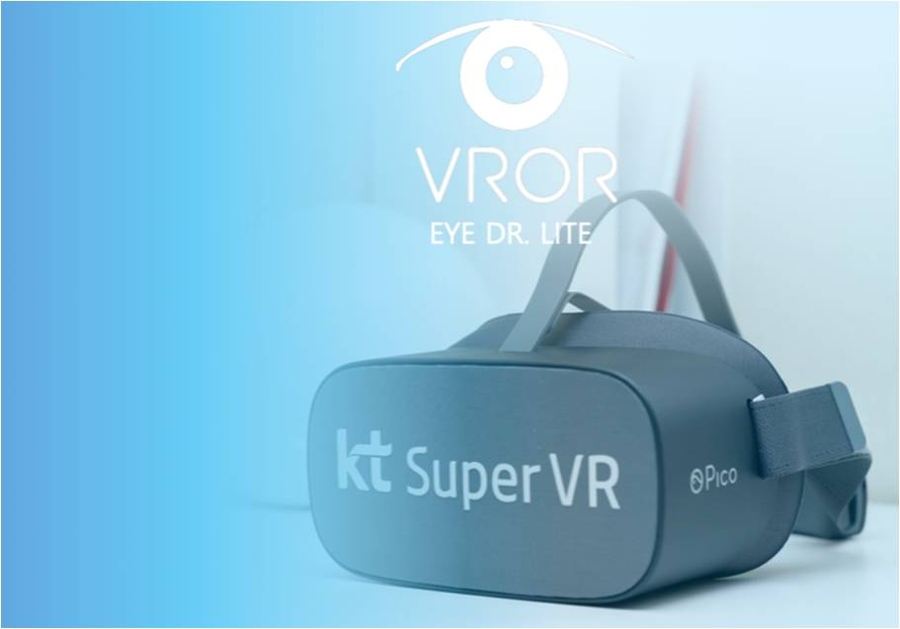 Eye Dr. VR which M2S will release is an eye health management digital healthcare solution that lets everyone measure and manage eye health easily and quickly developed based on the advanced technology

LOS ANGELES, CA, September 03, 2020 /24-7PressRelease/ — M2S, a digital healthcare specialist located in Pangyo Techno Valley, is a startup company that develops and operates eye-related care services and platforms, including its VR ophthalmic testing device VROR. M2S has received the spotlight in the global market when VROR, the ophthalmic testing device using virtual reality (VR), was approved by the US FDA in December of last year. The company has 12 domestic and foreign patents related to ophthalmic examination, including the domestic original patents for ophthalmic examination with VR and eye-tracking technology. To enter the global market with the ability to create innovative VR AR-based digital content, M2S is planning to launch Eye Dr. VR, a digital healthcare solution for eye health management in September.

Founded in 2017, M2S won the grand prize in the animation competition category at VR FEST 2019, a VR content award held in the US last year, and also received the Best Narrative Animation Award given to the best VR animation at 2020 Dreamland XR, the world’s largest XR awards ceremony in January this year. Recently, it won an excellence award at the IM Super VR contest co-hosted by KT and Incheon CCEI, contributing to recognition at home and abroad. COO Namkoong, Seok introduces M2S as a small studio that makes digital-based contents or CG-full contents and develops platform services that can interact with these contents.

M2S, which has been focusing on research and development to incorporate VR technology into the medical field for more than two years since its founding, developed the VR optic nerve testing system and equipment with Korea University Medical Center last year. M2S was selected for the TIPS program operated by the Ministry of SMEs and Startups, and it received 500 million won in R&D funding from the government. It also successfully attracted about two billion won worth of Series A investment.

M2S’s development goal to become an integrated digital healthcare solution company that encompasses the optic nerve, vestibular nerve, and cranial nerve, and it is currently working on research and development for this. It has established a close relationship with Korea University College of Medicine to carry out a research-oriented hospital fostering project worth 2.1 billion won. Through this, it is developing medical technologies and equipment related to brain diseases. It is developing not only medical devices, but also healthcare systems and equipment that anyone can use easily, and it will be launched in September.

Eye Dr. VR which M2S will release is an eye health management digital healthcare solution that lets everyone measure and manage eye health easily and quickly developed based on the advanced technology acquired from its predecessor VR ophthalmic testing device VROR. It will be released in two versions, Eye Dr. Pro which applies a hardware solution optimized for measuring eye health, and Eye Dr. Light which uses the existing VR HMD and mobile app for everyone to use.

M2S is targeting everyone and everywhere who needs eye health for its business. It is planning to introduce its medical equipment to places like primary and secondary hospitals, clinics, and wherever ophthalmic equipment is needed. It is going to launch new products and perform marketing in full force as soon as they are certified as medical equipment.

M2S has established a two-track marketing strategy to target B2G and B2B markets to effectively target domestic and foreign markets. First, the domestic business of healthcare products will be aligned with B2G, and the targets will be health clinics, local government centers, and national sports facilities. Through this, the company’s goal is to be positioned as a health care company that can measure and manage people’s eye health. Also, the B2B business plans to expand and provide healthcare services with VR devices as well as services for eye health management to mobile service providers by using 5G networks with domestic and overseas telecommunication companies.

“We are planning to enter overseas markets to grow into a global digital healthcare company,” said M2S COO Namkoong, and then, “We are preparing to launch a business with KT, one of the largest telecommunications companies in Korea. We plan to open the service for the management of eye health in September.” Currently, the company is building business partnerships with Etisalat in the Middle East, and it is also looking for global partners to build a digital healthcare service platform.

Namkoong expressed happiness about being located in Pangyo by saying, “It was very easy to communicate with Kimgisa Company that invested seed money in the early stages of the founding because it was located in Pangyo. Because major large companies in Korea were located in Pangyo, we used it as the stepping stone to grow as a promising digital healthcare company.” On what he thinks the most important factor for startup companies, he said it is gaining diverse information by using a close network and making it into the business. He added, “In that aspect, I think Pangyo Techno Valley has a great network of small, medium, and large companies that can help.”

M2S’s development goal to become an integrated digital healthcare solution company that encompasses the optic nerve, vestibular nerve, and cranial nerve, and it is currently working on research and development for this. It has established a close relationship with Korea University College of Medicine to carry out a research-oriented hospital fostering project worth 2.1 billion won.