Parents ‘grieve’ for ‘timebomb’ children weighing up to 23 stones 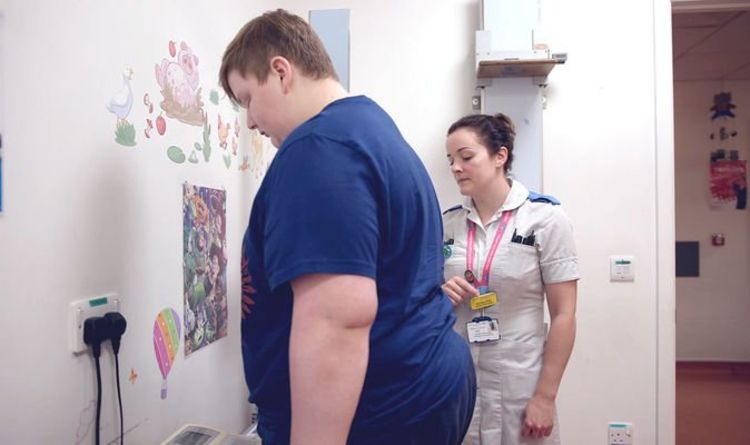 Some of the country’s most overweight teenagers feature in Channel 4’s 100 Kilo Kids, which follows the lives of youngsters weighing up to 23 stone.

Experts say the crisis will only worsen if parents do not take action.

The programme focuses on the Childhood Obesity Clinic in Bristol, which sees more than 80 youngsters every week.

Viewers will see how Tommy, 14, and 15-year-old Harry, who tips the scales at 18 stone, struggle to shed pounds.

Tommy, who has had 18 months of treatment but weighs 23st, says his life centres on playing computer games on his bed.

“Crisps, cake, yogurts, ice cream, bit of everything really,” he says of his diet. PlayStation “is my drug. Just sit here play that and go to sleep”, he adds.

His mum Esther says: “I can’t watch this any more. I am grieving for a child that is still sat here.”

Tommy shows signs of progress but medics say society needs to change its attitude to obesity and not think there is a simple solution.

Professor Julian Hamilton-Shield said: “The health problems are absolutely huge. If you don’t address obesity while you’re a child, by the time you’re an adolescent it’s getting too late.

“Eighty-five percent of parents don’t recognise their child is ­overweight and the ultimate responsibility for the care of that child lies with their parents.

“You have to work through the parents. They are the ones that need to be the effectors of change.”

She said: “I’ve seen children out of breath by the time they’ve walked from the waiting room into the clinic room.

“If we don’t reverse it now, we will be failing these children.

“A lot of the adolescents who describe their hunger, actually when you talk to them it is not about hunger. They do almost get a feeling of love from eating.

“You need to deal with the emotional trauma making them feel they need that food in their life.”

The programme also features 7st Lilianna, who is just five.

Doctors discover her obesity is caused by a gene defect which affects her appetite.