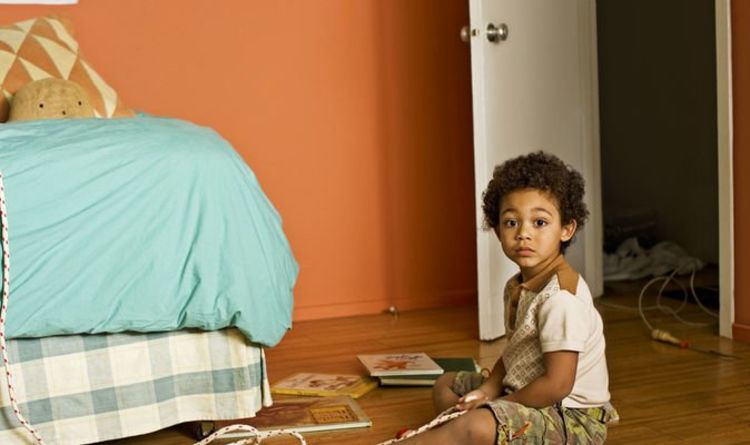 Parents will splash out a further £4,500 redecorating their children’s rooms at least once every two years – parting with £900 each time – before their 10th birthday. But while 42 percent admitted to spending too much money on their child’s nursery, 37 percent don’t mind how much it costs, as long as their bundle of joy is happy in it.

More than half of dads (54 percent), polled by Next Home, thought they spent too much time and money on decorating the nursery – compared to just 35 percent of mums.

And 68 percent of parents agreed that the design and décor of a nursery are important, spending an average of 20 hours to make sure everything is just so.

It also emerged more parents now choose neutrals or bright colours such as grey or yellow (57 percent), while just 36 percent opted for the traditional pink for a girl and blue for a boy.

A spokesman for Next Home said: “It’s a special time for parents planning and preparing the nursery, thinking about the aesthetics and the practicality of the room.

“There is so much inspiration and help around choosing the colour scheme and buying furniture and accessories to create the perfect calm, safe space for the baby.

“Parents also want to put time and thought into how the space can grow and evolve, from baby to child and onward.”

The study also found the furniture was given the most thought, with 28 percent saying this took the longest to decide on when planning their baby’s nursery.

This was followed by the colour scheme (26 percent), the layout of the room (17 percent) and the theme (17 percent).

Animals is the most popular theme choice for baby’s rooms, followed by jungles or forests, princesses, superheroes and unicorns.

It also emerged more than a third bought all-new items for their baby’s nursery and 37 percent bought a few second-hand items while 25 percent reckon they bought more second hand than they did new.

Older parents who are now aged over 55 were more likely to hit the shops, with 57 percent buying everything new.

The cot is considered the most important item to get right in the nursery – although 40 percent didn’t agree – followed by cupboards and storage, the baby monitor and the wallpaper.

As a result, more than one in five wish they spent more money than they did on the cot, while around a fifth said the same about the wardrobe.

Others wish they splashed out more on a baby monitor (24 percent), baby bouncer (26 percent) or the wallpaper (20 percent).

But 21 per think they spent too much money on the cot mobile while almost a fifth think they paid too much for a changing table.

When it comes to the inspiration for their baby’s nursery, almost three in 10 turned to magazines or Pinterest, while more than a quarter took ideas from friends’ or relatives’ homes.

Those finished rooms are then shared on social media with the average parent, polled via OnePoll, posting three photos on Facebook or Instagram to show off their efforts.