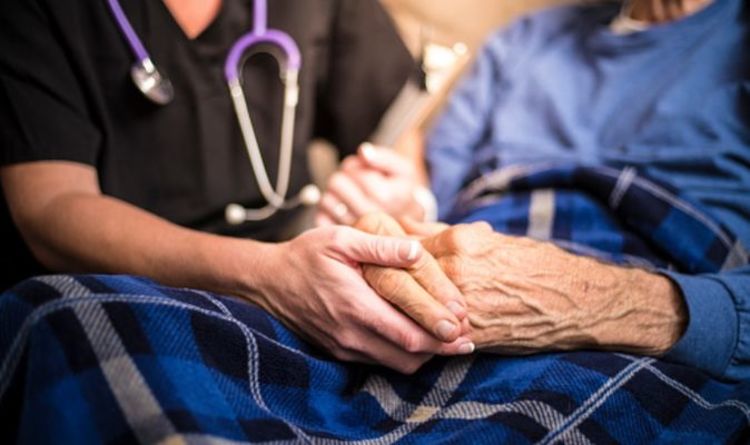 Parkinson’s occurs when the brain cells that make dopamine start to die, but little is known about what triggers this reaction. Experts investigating more than 6,000 cells from a region deep in the brain found the cause of the disease was in the nerve cells that should produce the chemical. The discovery will help researchers refocus their efforts on those cells, which are known to play a key role in the regulation of movement and cognition.

Claire Bale, head of research at Parkinson’s UK, said: “Understanding the initial sequence of events that leads to Parkinson’s may be vital to finding a way to stop it in its tracks and ultimately find a cure.

“This is a really exciting development. By applying this knowledge to future research we can work faster towards delivering new treatments that can slow, stop or reverse Parkinson’s. That is a day which cannot come soon enough for the 145,000 people currently living with the condition in the UK.”

Dopamine is used by the brain to send messages which control movement. A shortage of the key chemical can trigger stiffness, slowness and tremors. Experts had wondered whether immune cells in the brain, known as microglia, were causing the loss of dopaminergic neurons, as seen in Alzheimer’s disease.

But a closer look at the genes of 6,000 cells in the “substantia nigra” region of the brain showed this was not the case. Instead, the cause of Parkinson’s disease appeared to be found directly in the dopaminergic neurons. By understanding exactly where the disease originates, researchers hope to find a drug that can halt the process.

The research was carried out by the UK Dementia Research Institute at Cardiff University and the Oxford Parkinson’s Disease Centre at Oxford University.

Study leader Professor Caleb Webber said: “This research has huge implications for our understanding of Parkinson’s as it tells us where to look for the problem.

“Our findings suggest we need to refocus our efforts into what is going wrong in the dopaminergic neurons early on in Parkinson’s brains.” Ms Bale added: “By the time people are diagnosed up to 80 percent of the precious dopamineproducing brain cells affected by the condition may have been lost.

“We’re always encouraged to see new developments from research such as this, especially from the Oxford Parkinson’s Disease Centre, which Parkinson’s UK has invested £11 million in.”

Professor Bart De Strooper, director of the UK Dementia Research Institute, said: “With the UK’s prevalence of Parkinson’s disease expected to almost double by 2065, the need for breakthroughs in treatment is imperative.”

The breakthrough study was published in the scientific journal Nature Communications.

The Black Plague was the second deadliest diseases to ever grip humanity, second only to smallpox. The Plague is a bacterial infection found mostly...
Read more
Health

Dementia is the general term for a cluster of symptoms associated with brain decline. There are many different forms of dementia and the particular...
Read more
Health

What You Know About Trenbolone Profile And Effects

Trenbolone Profile And EffectsThe world of steroids keeps evolving as more and more drugs are developed to suit the needs of various people. You...
Read more
Health

Flu jab in pharmacy: Which pharmacies are offering the flu vaccine?

The vaccine is also available at Boots, although they have currently suspended bookings for anyone under 65 due to “unprecedented demand”. A spokesperson for Boots...
Read more
Health

The retina is the tissue layer located in the back of the eye. This layer transforms light into nerve signals that are then sent to...
Read more