Parkinson’s disease: Losing this sensation could be a warning sign of the condition 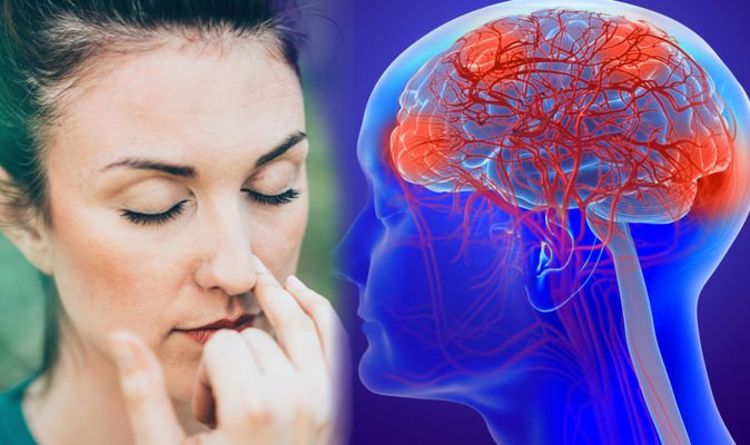 Parkinson’s is a progressive neurological condition. It causes problems in the brain that gets worse over time. The number of people diagnosed with Parkinson’s in the UK is about 145,000, which is around one adult in every 350. A person who suffers from Parkinson’s doesn’t have enough of the chemical dopamine because some of the nerve cells that make it have died. When these cells have died in the brain symptoms may start to appear due to the lack of dopamine to control movement properly.

In fact, reduced sense of smell, called hyposmia, is often an early sign of Parkinson’s.

Looking back, you may realise you were losing your sense of smell several years before you received a Parkinson’s diagnosis.

Hyposmia is an under-recognised symptom, as it is not a common concern for doctors to ask about or for patients to report.”

It is not entirely known what causes the condition in patients, but it’s believed to be linked to protein clumping, which is found in all people with Parkinson’s.

Scientists are unsure why smell loss occurs in Parkinson’s, one popular theory is that the Parkinson’s process may start in the olfactory bulb, the part of the brain that controls the sense of smell, and the gut.

Some researchers believe clumps of the protein alpha-synuclein may form in these parts of the body first, before migrating to other parts of the brain.

Other symptoms of the disease include a cramped handwriting, tremors, uncontrollable movements during sleep, limb stiffness or slow movements, voice changes, and rigid facial expression or masking.

Parkinson’s UK said on their website: “Everyone’s Parkinson’s is different.

If you are worried you may have Parkinson’s, it’s crucial that you speak to a health professional.

It may be many months, even years, before the symptoms become obvious enough for someone to go to the doctor.”

The Michael J. Fox Foundation said: “While there is no treatment for smell loss, this symptom is valuable in research toward earlier diagnosis and therapeutic intervention.”