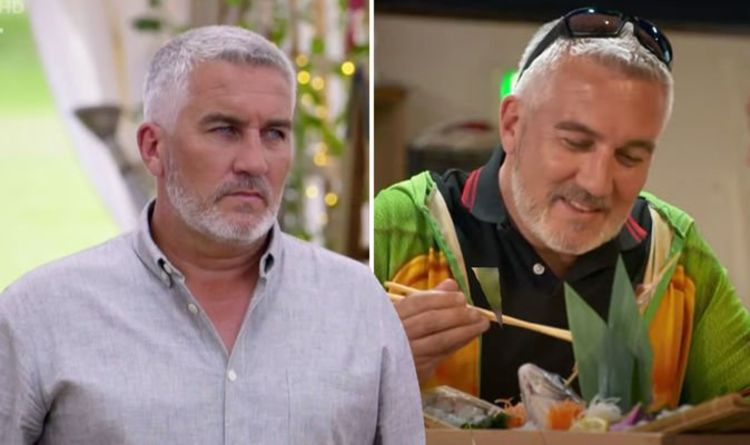 Great British Bake Off judge Paul Hollywood, 54, is known for his honest critique on the baking show, which he believes has made him look grumpy over the years. Moving on from his persona on the show, the baker has said fans will get to see a different side to him in a more relaxed offering, as he explores the culinary in Japan.

Speaking exclusively to Express.co.uk ahead of the new series, he said: “It’s very different and I think you see the real me instead of the grumpy guy who does the Bake Off.”

When asked if he’s often referred to as grumpy, he replied: “No not really, that’s just the image that’s portrayed through Bake Off.”

Tonight, fans will get to see what Paul got up to during his trip across Japan last year.

Detailing his experience, the professional baker said he was surprised by how nice the country’s food was, but was left stunned by a strawberry that cost £350.

He explained: “I tried a strawberry which was selling for £350, whether it was worth £350 was another thing, but this guy had basically grown this strawberry for years and it was named after the Emperor of Japan.

“They actually grew it for him and they sell for £350 each.

“Yes, it was the best strawberry I’ve ever had in my life, it tasted incredible but it wasn’t [worth] £350.”

Paul filmed the three-part series with his team back in March last year.

On what he didn’t enjoy about his experience, he added: “The only thing I didn’t like, which I don’t like anyway, is Tofu.

“I just don’t get it, there’s no flavour to it.

“I thought the Tofu was pretty bland, I tried it fried, I tried it with cream, in different varieties and I just couldn’t get into it.”

Elsewhere, Paul said he has high hopes for The Great British Bake Off to return this year, despite the coronavirus pandemic.