Pelosi aims to move fast on next rescue package 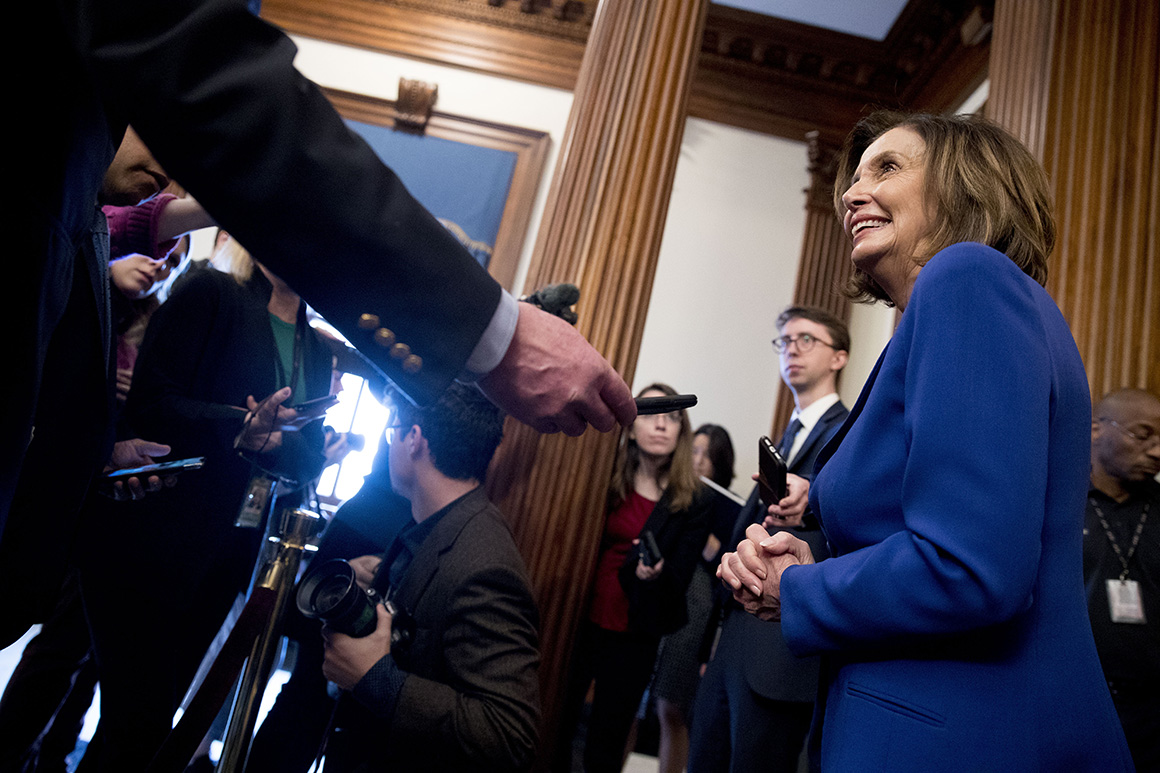 House Democrats are moving rapidly on ambitious plans for a fourth coronavirus relief package, with Speaker Nancy Pelosi eager to put her imprint on legislation that she says could be ready for a vote in the coming weeks.

Pelosi told reporters Monday that Democrats are in the early stages of drafting another major bill that will not only shore up health systems and protect frontline health care workers but could include substantial investments in infrastructure.

“Our first bills were about addressing the emergency. The third bill was about mitigation. The fourth bill would be about recovery. Emergency, mitigation, recovery,” Pelosi said on a conference call. “I think our country is united in not only wanting to address our immediate needs — emergency, mitigation, and the assault on our lives and livelihoods — but also, how we recover in a very positive way.”

But Democrats’ approach could put them on a collision course with senior Republicans, who say they are very much in wait-and-see mode when it comes to another potential multi-trillion-dollar bill and are warning Pelosi not to try to jam the Senate with a progressive plan. 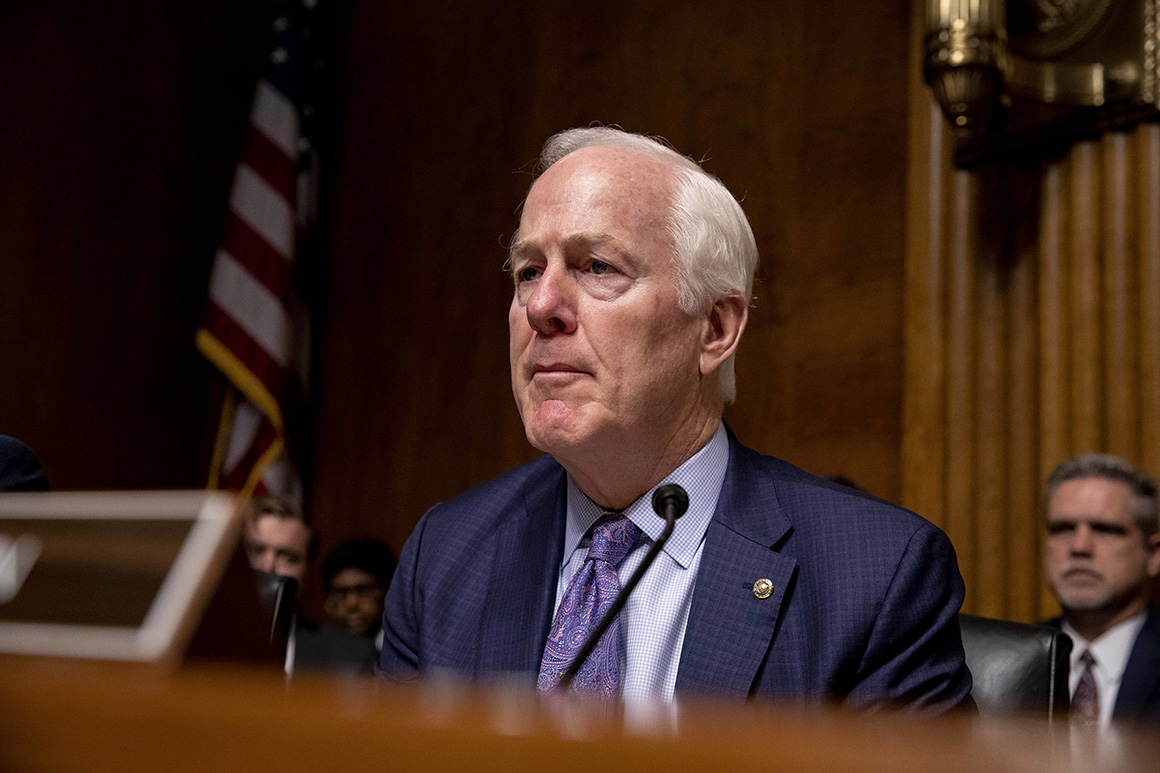 “They’re approaching it — it seems like — as an opportunity to pass their political and ideological agenda. We’re approaching it as, ‘How do we protect the public health and our economy?’ And those are pretty divergent goals,” said Sen. John Cornyn (R-Texas), who is close to Senate Majority Leader Mitch McConnell (R-Ky.).

The early skirmishing suggests that the next round of deal-making might not go nearly as quickly as the last rescue package, even as economists say much more government assistance is likely to be needed — and potentially soon.

Pelosi’s push toward a new relief measure comes after a series of tense negotiations with McConnell and White House officials yielded a $ 2 trillion bill to save the U.S. economy and provide aid to individuals, businesses and states dealing with the pandemic.

That legislation, which President Donald Trump signed on Friday, was largely negotiated by Senate leaders and caused consternation among House Democrats who felt many of their priorities had been ignored. The previous package, Republicans have countered, was crafted almost entirely by Pelosi and Treasury Secretary Steven Mnuchin.

Pelosi said she hopes the next bill will also ultimately be bipartisan in the end: “As I said, all three of our bills have been bipartisan. We would want this one to be so as well.”

House Democratic leaders discussed their ideas on a call with their rank and file on Monday, with key chairmen and their staff already assembling more than half-dozen proposals — many of which were left on the cutting room floor during previous rounds of talks with Republicans.

In particular, Pelosi signaled to her caucus that infrastructure would likely be part of the “phase 4” package, specifically ticking off priorities like water systems, broadband and the energy grid.

“It is clear that we need to do more, and that is particularly true when it comes to protecting the health and safety of frontline health workers,” House Education and Labor Committee Chairman Bobby Scott (D-Va.) told reporters earlier Monday.

The bill could see a vote on the floor within weeks. The House is scheduled to be out until April 20, and lawmakers are eager to avoid a return to the Capitol until absolutely necessary amid the fast-spreading coronavirus outbreak.

Pelosi said the House would likely vote on the package after they return from the Easter and Passover holidays in late April, though there’s always the possibility lawmakers return sooner if Congress is needed to act. Alternatively, if lawmakers are far from a deal, they may stay away for longer.

“I do think that it is really important that as soon as we are here, we are ready to pass legislation,” Pelosi said.

Three days after Trump signed the $ 2 trillion bill, it’s not immediately clear how much more help might be needed. But top Democrats have been vocal about pushing for another rescue measure — with even bigger cash payments to Americans — as the virus continues to ravage the U.S. economy and more are infected. Initial jobless claims have soared past 3 million and public health officials are predicting potentially hundreds of thousands of deaths.

Many Democrats are also eager to make another fight for policies — like robust family and medical leave programs and stronger worker protections for first responders — that were turned down by GOP negotiators in previous bills.

Democrats have also said the federal government will likely need to send more cash to state and local governments, as well as cover the costs associated with coronavirus treatments and food assistance. Even as he battles with some governors, Trump has also acknowledged the need to deliver more emergency funds to states.

“States are bleeding out,” Rep. Josh Gottheimer (D-N.J.), whose district has 1,800 cases, said in an interview Monday. “There’s no revenue coming in, then you add to that, the massive costs of care and treatment. That’s just a huge hole to dig out of. We’re going to need more resources.”

Republicans, meanwhile, have said it’s too early to consider what might be included in a potential “Phase 4” package, noting that the current relief measure is in the process of being implemented.

Senate Republicans in particular are not eager to rush into another large stimulus package, particularly with a focus on infrastructure and other spending not directly related to the health crisis. And they were quick to dismiss Pelosi’s “Phase 4” proposal as nothing more than an ideological wish list.

“It just seems to be a fundamental difference in how we’re approaching this and how the House is approaching it,” Cornyn said.

Senate Republicans are also wary of getting forced to pass another House spending package that they had little input on. While the Senate passed the “Phase 2” package overwhelmingly, McConnell had to urge his caucus to “gag and go for it” because of concerns over its paid sick leave provisions.

Sen. Mike Lee (R-Utah) acknowledged that it was Pelosi’s prerogative to outline her vision of the next plan, but said he remains concerned about one chamber forcing the other chamber to swallow its proposal.

“I think it would be a very bad choice, if she’s going to do that, for us to start anticipating, ‘ok we’ve got to defer to them and pass in essence whatever they decide,’” Lee said.

At least one Senate Democrat does not want to rush into a fourth coronavirus relief bill. Sen. Ben Cardin of Maryland, said the federal government’s “oversight” of the $ 2 trillion package could spur some technical corrections to the law.

“I’m not sure you need another bill at this stage,” Cardin said in an interview, citing progress with the small-business loans that he helped craft in the previous iteration. “I’m not against planning. I think at this stage, I think it would be premature to talk about what would be in the next bill for small business.”

Meanwhile, some Senate Republicans are open to a possible “Phase 4” package and have begun early talks with colleagues.

Alaska Sen. Lisa Murkowski, a moderate Republican who occasionally breaks with her party, said the next relief bill should address the mental health concerns that are likely to result from the wide-scale social-distancing practices nationwide, in addition to the human impacts of an economic crisis that has upended Americans’ livelihoods and shuttered small businesses. 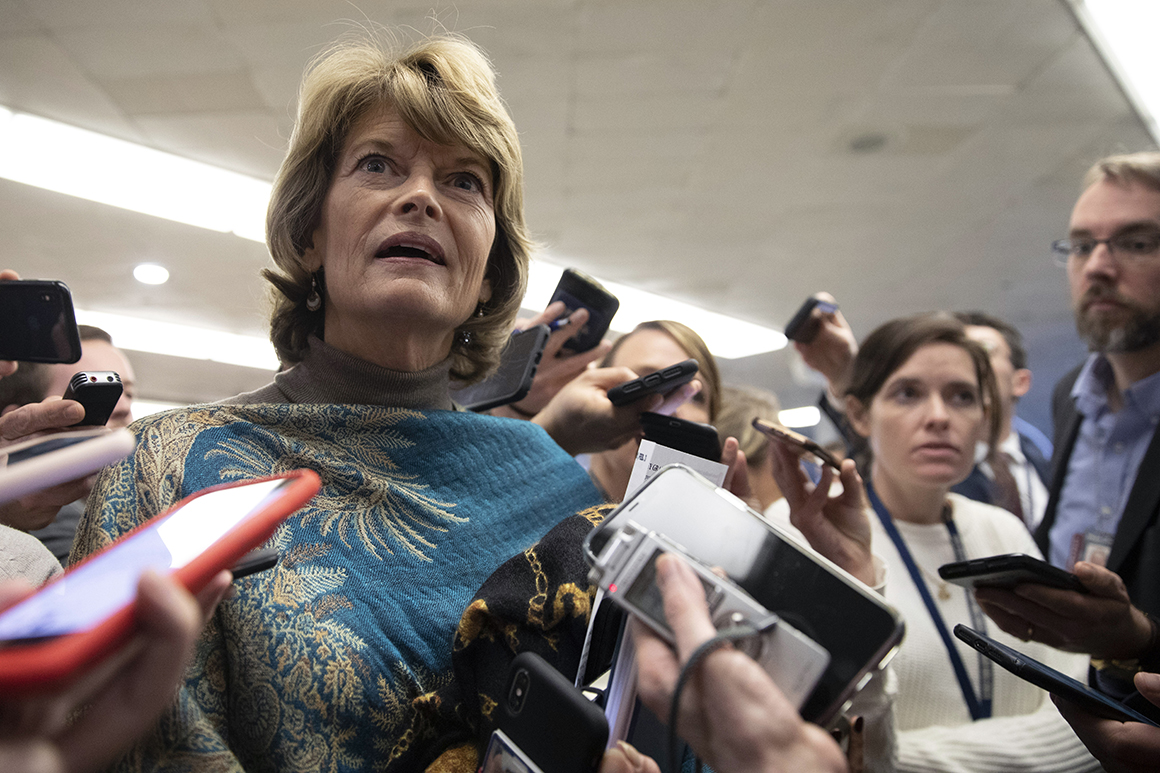 “We saw after the Depression in the ‘30s the number of suicides. We know the impacts on people when you are in close quarters with a lot of stress,” Murkowski told reporters after presiding over a brief pro forma Senate session on Monday. “We see domestic violence. We see substance abuse. We see levels of addiction that we wish were not present with us.”

The $ 2 trillion package came together last week after marathon negotiations and a hefty dose of partisan sniping. But the bill ultimately passed 96-0 in the Senate — providing a glimmer of hope for those expecting lawmakers to set aside their ideological differences in a time of crisis.

Burgess Everett and Heather Caygle contributed to this report.