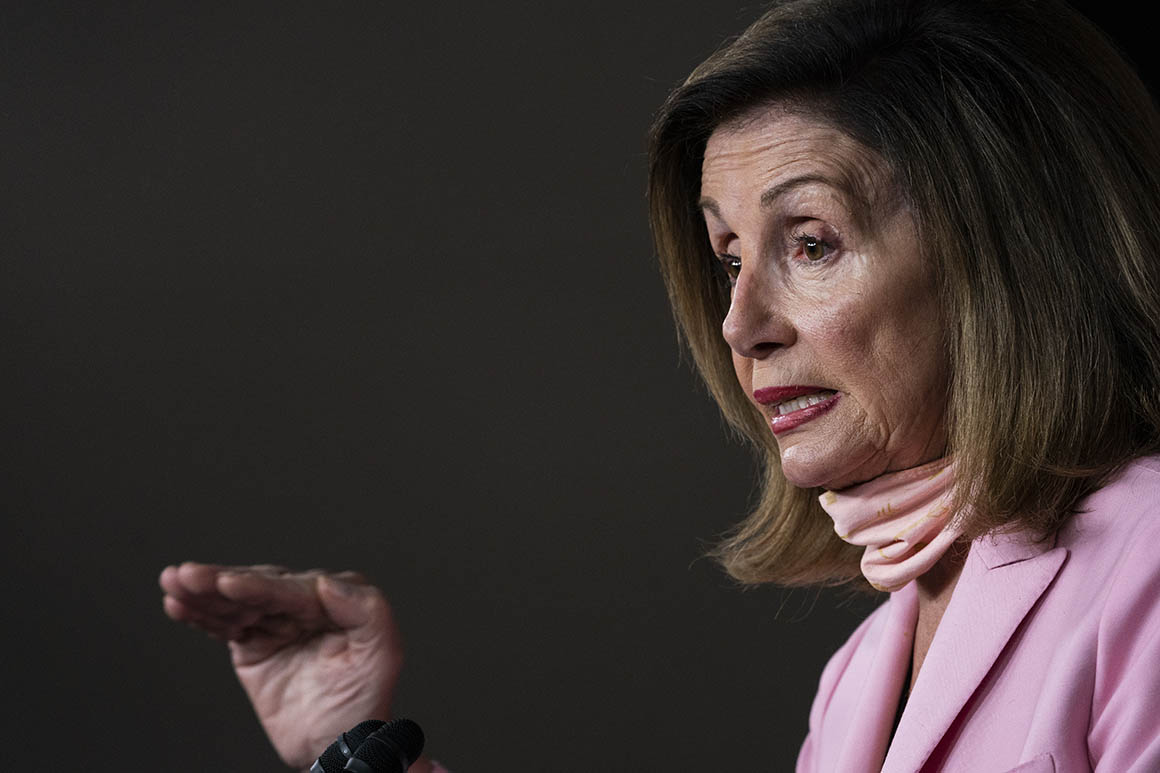 “Those four different offers have been actually rejected but more importantly than that they’ve not even been countered with a proposal,” Meadows said at a White House press conference. “The Democrats are certainly willing today to allow some of the American citizens who are struggling the most under this pandemic to go unprotected.”

Pelosi was equally as pessimistic in her weekly press conference on Friday, slamming Republicans for refusing to concede anything in the negotiations and thus making the prospects of a deal seem a distant possibility.

“We don’t have shared values, that’s just the way it is. It’s not bickering, it’s standing our ground,” Pelosi told reporters. “We recognize the gravity of the situation, they don’t.”

President Donald Trump later tweeted that Pelosi and Schumer had “no interest” in reaching a deal and said they “blocked desperately needed unemployment payments, which is so terrible, especially since they fully understand that it was not the workers fault that they are unemployed.”

The partisan standstill comes as a federal $ 600 weekly benefit for unemployed Americans from March’s CARES Act is set to expire at midnight. Democrats are pushing for a full extension of the benefit into next year, but Senate Republicans argue the $ 600 boost provides a disincentive for out-of-work Americans to return to work and want to see it adjusted in any next relief package.

The need, however, has only become more urgent. Coronavirus continues to spread throughout the U.S., with an estimated 1,000 Americans dying a day from the virus, while the economy suffered its worst quarterly contraction on record.

In a sign of how pessimistic Democratic leaders are of reaching a deal soon, House Majority Leader Steny Hoyer (D-Md.) announced Friday that members would be sent home with a 24-hour notice to return in August to vote on a relief package once an agreement is reached.

But Hoyer gave no indication of when that vote might occur – offering an unsteady start to what would normally be the kickoff of a five-week August recess for lawmakers.

“We will not start the August district work period until we pass appropriate COVID-19 relief to meet the current health and economic crisis,” Hoyer announced on the House floor.

Republicans offered Thursday to extend the $ 600 boost for one more week, but Democrats, rejected that move. Pelosi said Friday the proposal didn’t make sense given how far apart the two sides are on a broader bill. Typically, congressional negotiators will agree to a one-week extension of certain expiring programs to allow time for a larger deal to work its way through both the House and Senate.

But in this case, as Pelosi said, there is no larger relief agreement looming. Instead, both parties remain far apart on several critical issues, including unemployment benefits, state and local funding, federal food assistance and money to prop up the flailing postal service and for election security.

“What are we going to do in a week?” Pelosi said. “First of all, they don’t even have the votes for it in the Senate. Let’s get real about who says what.”

The dispute over extending the unemployment benefits comes after two weeks of partisan fighting, as well as a Republican intra-party divide over how to approach the next coronavirus relief package. The White House has floated a temporary “skinny bill” that would address unemployment and evictions, but Pelosi and Schumer argue they don’t want a “piecemeal” approach.

“It surprises me that when we talk about compassion and caring about those that are truly in need that a temporary solution to make sure that enhanced unemployment continues has been rejected not once but multiple times,” Meadows said. “The Democrats believe they have all the cards on their side and they’re willing to play those cards at the expense of those that are hurting.”

Senate Majority Leader Mitch McConnell (R-Ky.) is also trying to step up the pressure on Senate Democrats and took procedural steps Thursday that would allow for floor votes next week on a range of proposals.

Sen. Ron Johnson (R-Wis.) attempted to pass his own proposal Thursday, which would renew federal unemployment payments at 66 percent of lost wages or $ 200 a week. But Schumer rejected it, and instead offered the House’s $ 3 trillion Heroes Act, which Republicans have dismissed as a Democratic wish list.