Pence: 'I Should Have Worn A Mask' When Visiting The... 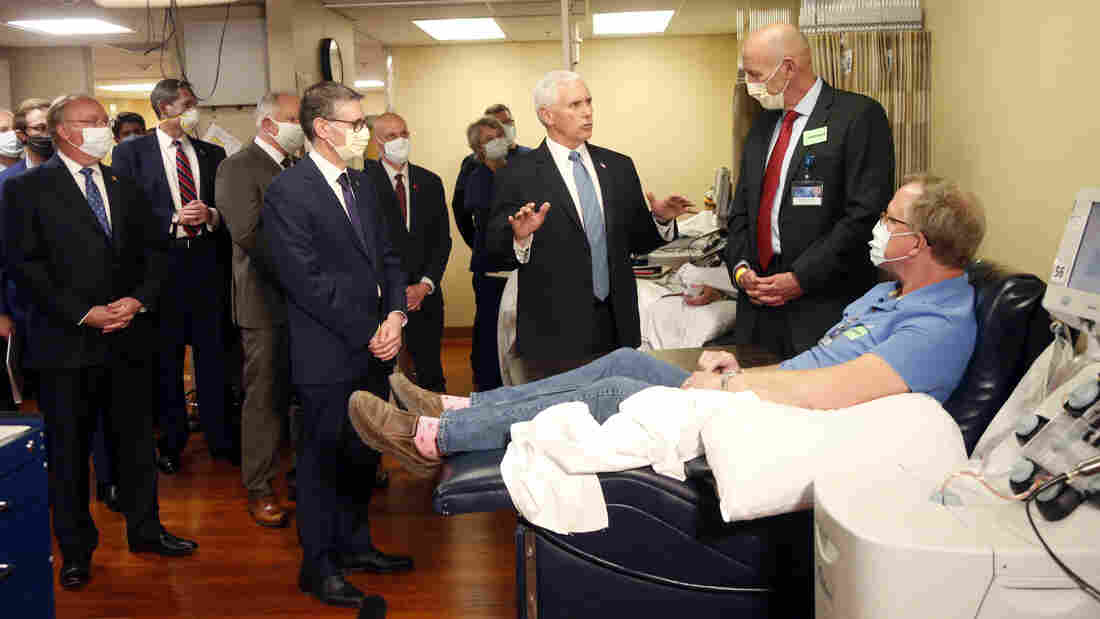 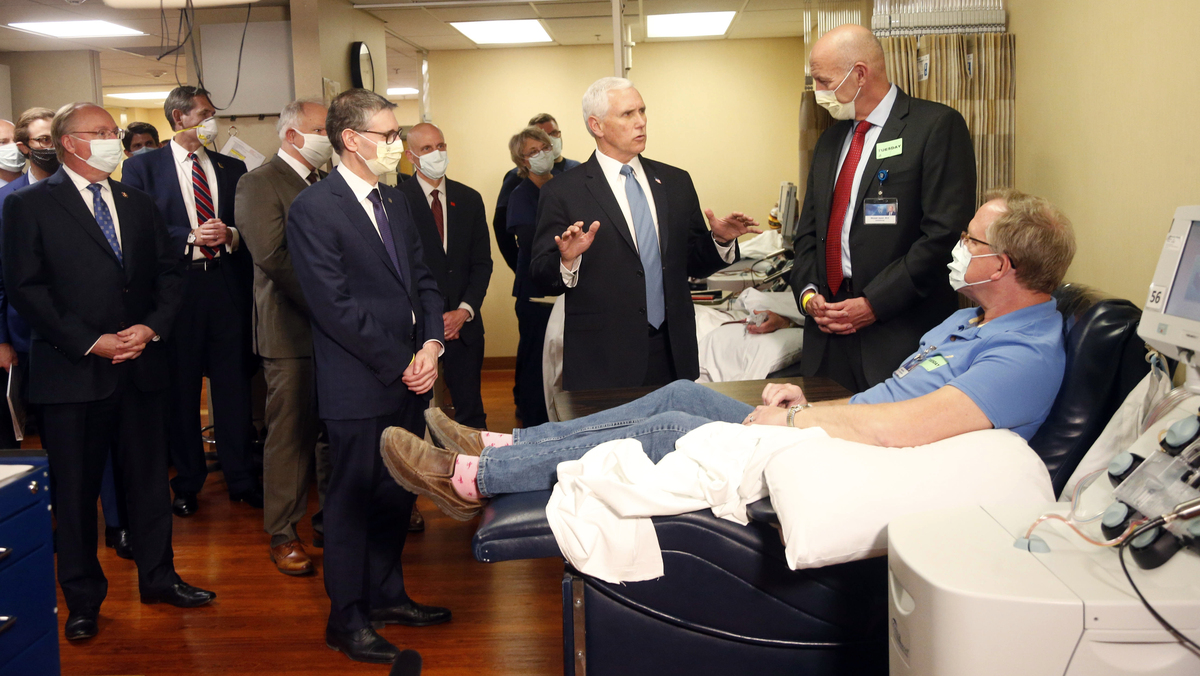 Vice President Mike Pence said during a televised town hall on Sunday that he should have worn a mask while visiting the Mayo Clinic in Minnesota last week, in what was an apparent violation of the renowned health center’s stated policy.

Pence’s decision to go without a face covering on Tuesday was met with public rebuke, especially as others visiting with him donned masks. The clinic tweeted — and then deleted — a message saying it had informed Pence “of the masking policy prior to his arrival today.” The clinic’s website says “all patients, visitors and staff are required to wear a mask to decrease the risk of COVID-19 exposure.”

Following the trip, Pence told reporters that he could go without the mask because he is tested regularly for the coronavirus: “And since I don’t have the coronavirus, I thought it’d be a good opportunity for me to be here, to be able to speak to these researchers, these incredible health care personnel, and look them in the eye and say ‘thank you.'”

On Sunday, during a Fox News Channel town hall alongside President Trump, Pence reiterated that he is tested often and does not have COVID-19.

“I didn’t think it was necessary, but I should have worn a mask at the Mayo Clinic,” Pence added. 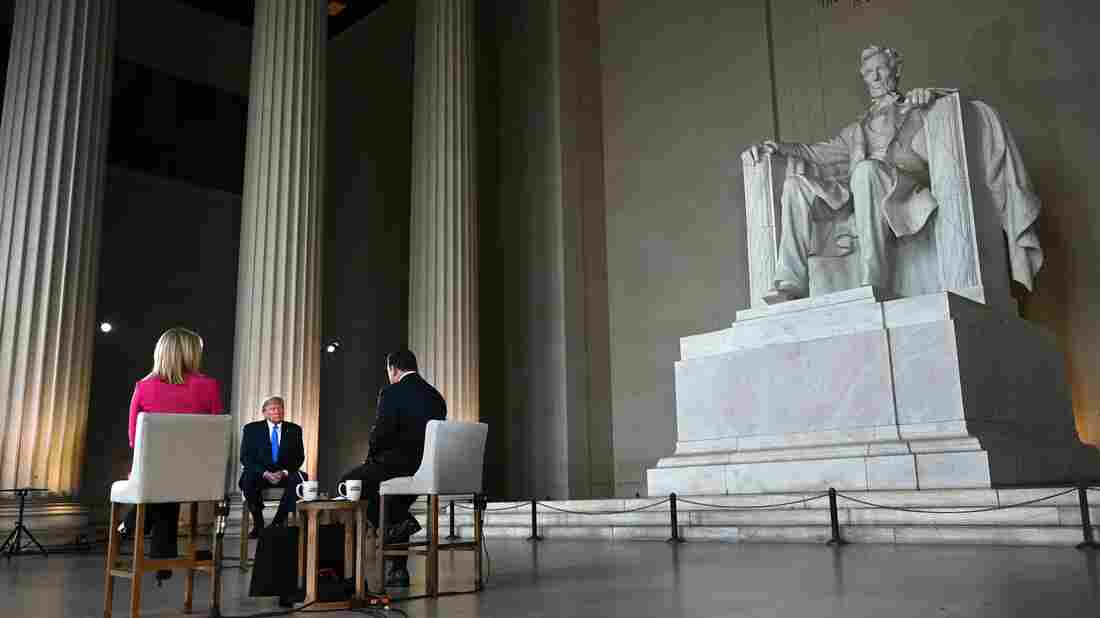 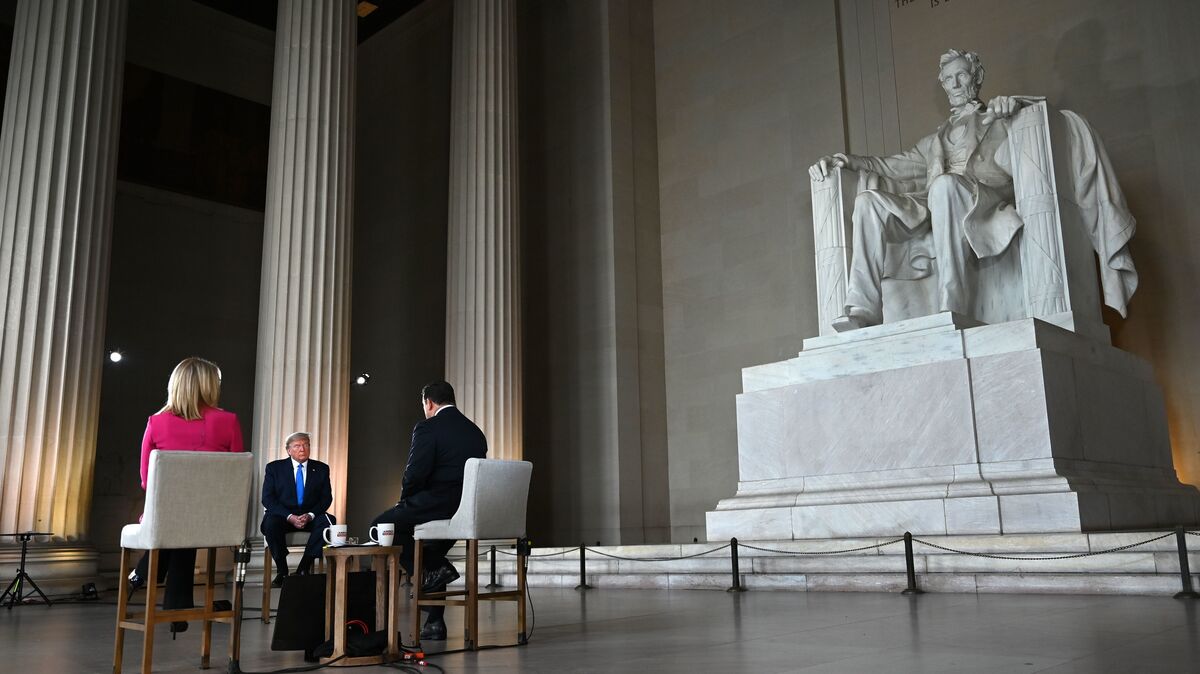 The town hall featured video questions from viewers, and took place at a unique setting: the Lincoln Memorial, beneath the seated statue of the 16th president.

Most of the questions were directed at Trump, who indicated that federal lawmakers would pass additional economic aid for struggling Americans dealing with the effects of the pandemic.

“There’s more help coming,” Trump said, responding to question from a single mother in Alabama who said she has lost her job but hasn’t yet received her state unemployment benefits, or her individual cash payment included in an earlier rescue package. “We’re going to do more,” the president added.

Sunday evening’s event comes as congressional leaders and the White House lay out their competing visions for an additional coronavirus relief package. Trump said during the town hall that it would need to include a payroll tax cut. Democrats are looking for aid for state and local governments, among other provisions.

The U.S. Senate is set to return to the Capitol on Monday, though the House delayed its expected return due to ongoing concern about the health risks of bringing hundreds of lawmakers and their staffs back to Washington.

In a rare joint statement released on Saturday, Democratic House Speaker Nancy Pelosi and Republican Senate Majority Leader Mitch McConnell turned down a White House offer of rapid tests for lawmakers after it was reported that the Capitol’s attending physician said he would not be able to test all 100 senators coming back for business.

At the town hall, Trump was bullish on the rapid development of a coronavirus vaccine, saying he thinks “we’re going to have a vaccine by the end of this year” — a timetable faster than many public health experts have laid out as plausible.

Trump, who’s been mostly confined to the White House in recent weeks due to the pandemic, was at Camp David in Maryland this weekend, and he plans to visit a Honeywell facility in Phoenix, Ariz., on Tuesday that is making N95 respirator masks.