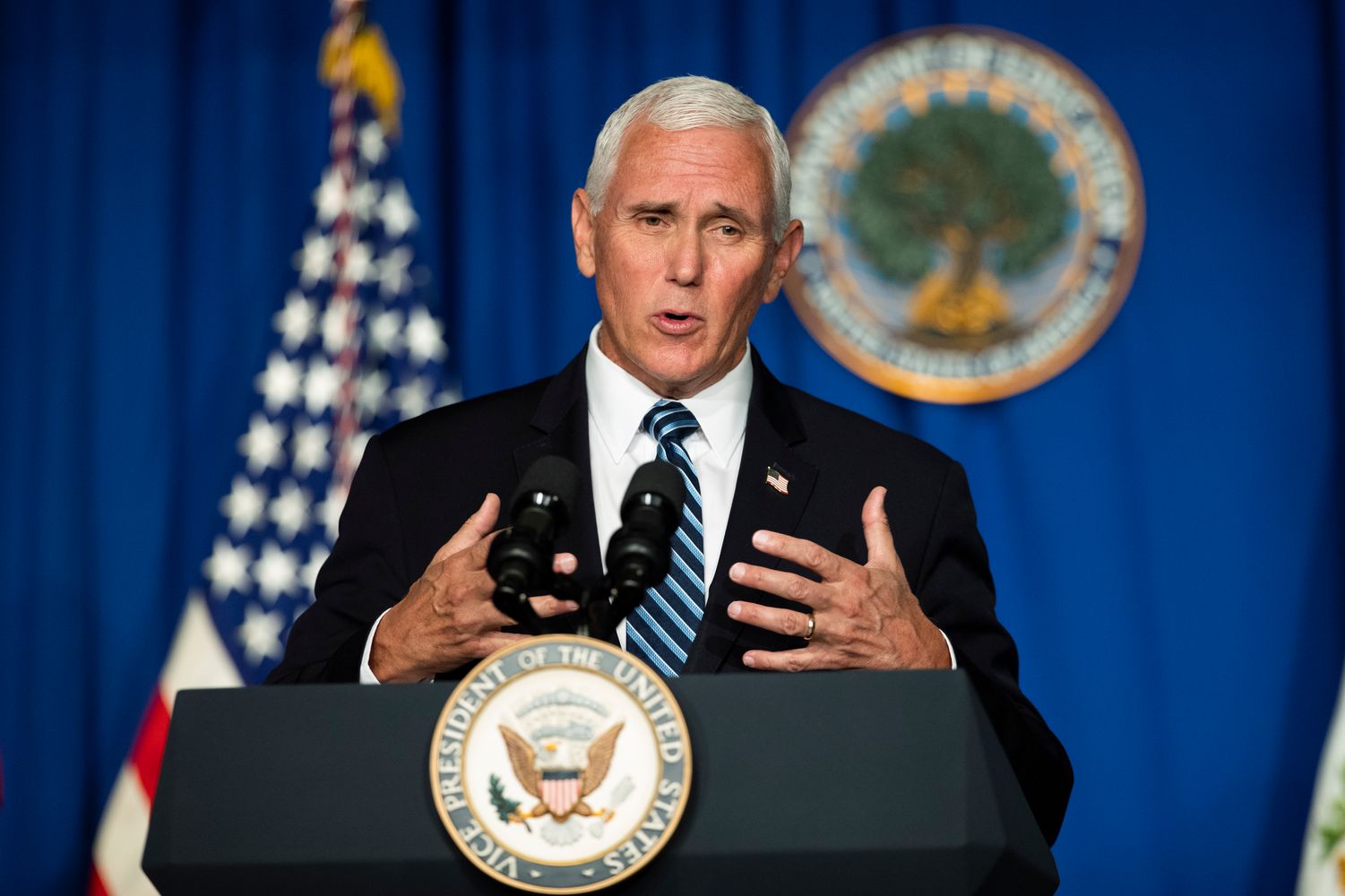 Pence also suggested emergency room visits are beginning to drop off in Arizona and Florida. But Arizona state data shows that key metric continuing to climb. A record 2,008 suspected or confirmed coronavirus patients were seen Tuesday.

In Florida, more than 223,000 coronavirus cases have been confirmed and nearly 17,000 patients have been hospitalized, according to the Florida Department of Health. Many hospitals in the state are running out of intensive care unit beds, according to data from the state Agency for Health Care Administration.

And while Florida’s positivity test rate does appear to be growing at a slower pace, the seven-day moving average stands at about 19 percent, according to Johns Hopkins University’s data dashboard. Texas’ testing positivity rate has remained steady over the past few weeks at around 14 percent.

Trump’s own health officials have suggested a positivity rate below 10 percent is desirable, though other public health experts say the goal should be 5 percent or lower.

Pence made the comments as President Donald Trump and others in his administration push to reopen schools in the fall. Public health experts have expressed concerns with moving forward with cases on the rise in most states and the U.S. total surpassing 3 million on Wednesday.

Birx, Pence and Trump have all touted a lower coronavirus mortality rate in recent days, but public health experts including NIH infectious disease specialist Anthony Fauci have cautioned deaths are a lagging indicator.

“It’s a false narrative to take comfort in a lower rate of death,” Fauci said during a live stream Tuesday with Sen. Doug Jones (D-Ala.).

Birx, during Wednesday’s briefing, advised Americans in states that have seen a sudden rise in cases to return to the earliest phase of reopening guidelines, which include avoiding gatherings of more than 10 people and the wearing of face coverings. She praised governors in Arizona, Florida and California for shutting down bars and reinstating social distancing orders.

“We are really asking American people in those counties, in those states, to not only use face coverings, not go to bars … but really not gather in homes either,” Birx said.

CDC Director Robert Redfield said his agency would be releasing additional guidance next week on how schools can safely reopen in the fall, just hours after Trump on Twitter criticized his agency’s initial guidelines for schools as “tough and expensive.”

“We will continue to develop and evolve our guidance to meet the needs of the schools in the states that we continue to provide that assistance to,” Redfield said. He declined to answer whether his agency is revising guidance in response to the president’s criticism.