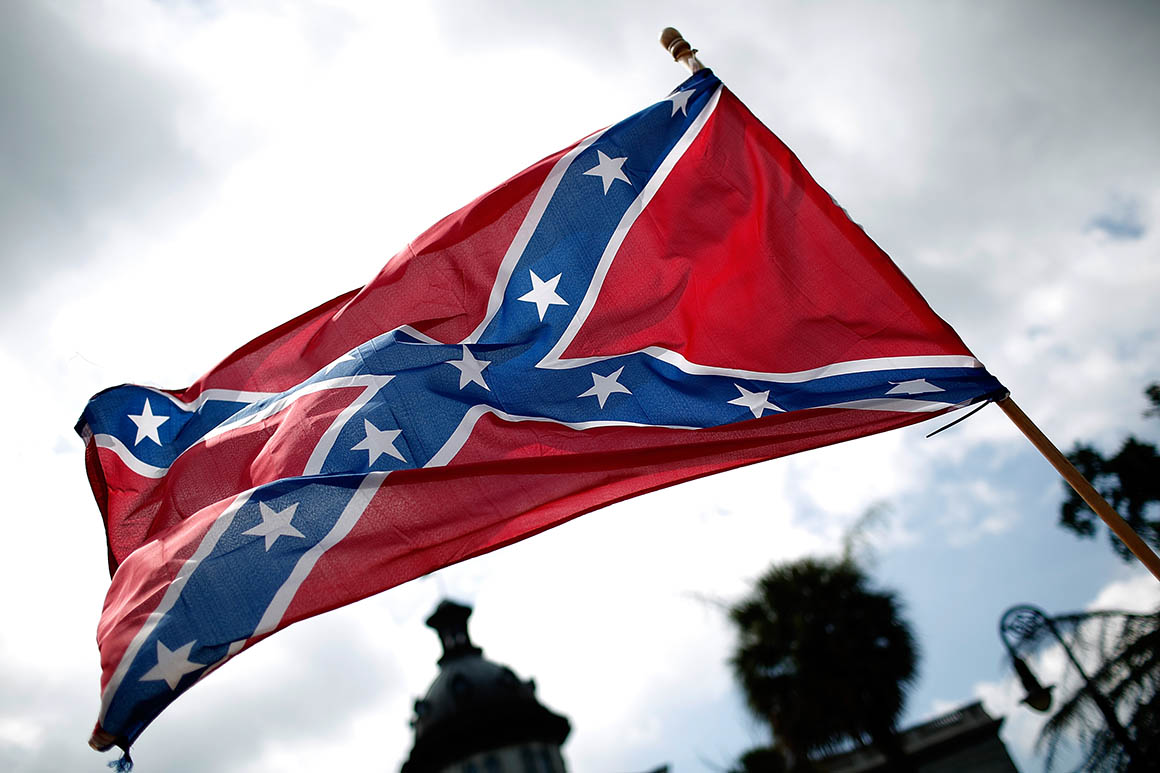 “The flags we fly must accord with the military imperatives of good order and discipline, treating all our people with dignity and respect, and rejecting divisive symbols,” Esper wrote in the memo. The guidance applies to the public displays of flags by service members or DoD civilians “in all DoD work places, common access areas, and public areas.”

Exceptions to the ban include museum exhibits, license plates, grave sites, and works of art “where the nature of the display or depiction cannot reasonably be viewed as endorsement of the flag by the Department of Defense.”

Trump has made no secret of his opposition to banning the Confederate flag outright, criticizing NASCAR for doing so and saying he views flying the flag as “freedom of speech.” Trump has also proclaimed his opposition to other efforts by the military to address racism and diversity, including removing the names of Confederates from 10 Army bases.

The decision not to name a specific, prohibited flag was “to ensure the department-wide policy would be apolitical and withstand potential free speech political challenges,” a defense official familiar with the decision told reporters ahead of the policy rollout.

In recent weeks, Esper has faced mounting pressure from the military service leaders to ban the Confederate flag outright, POLITICO first reported, since protests swept the nation in the wake George Floyd’s death.

The Marine Corps this spring took the lead and banned the flag on all Corps property, followed by U.S. Forces Korea. The Navy later announced it was preparing its own ban. Esper supports the Marine Corps’ decision in particular to ban the flag, the official said. But the defense secretary had told the services to pause these efforts until he could issue a department-wide policy.

The new policy does not change those initiatives, or limit the services from enacting their own stricter regulations. The services “are still free to act on other flags,” the official said.

The White House is aware of the policy change, the official said.

“What has always united us remains clear — our common mission, our oath to support and defend the Constitution, and our American flag,” Esper wrote in the memo. “With this change in policy, we will further improve the morale, cohesion, and readiness of the force in defense of our great nation.”