Perseids 2020 UK: How to see the meteor shower this week? 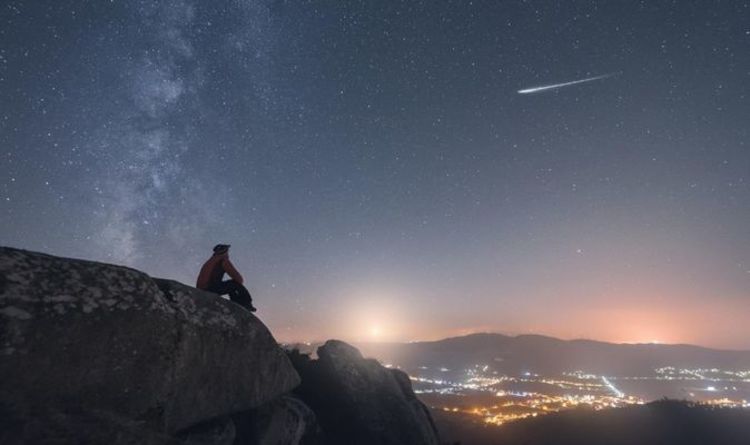 The fireball shower is at its most intense when Earth crosses the path of comet Swift-Tuttle at startling speeds.

How to live stream the 2020 Perseid meteor shower:

Another option available to stargazers who fear missing-out on the Perseid shower’s peak is to watch the event online.

Online telescope Slooh is among those who will broadcast the meteor shower on the night of August 12 and 13.

Please note a Slooh membership is required to watch the live stream.

Slooh astrophysicist Dr Paige Godfrey said: “Some meteor showers produce great shows, others really test your patience while you lay on your front lawn in the middle of the night.

“But either way they remind us of the constant ebb and flow of the cosmos, as we get to witness the same spectacle year after year in the same parts of the sky.”

Myths and legends associated with the Perseid meteor shower:

An astronomer at the Royal Observatory, Greenwich has revealed to Slooh how our ancestors attempted to explain meteor showers such as the Perseids.

Perseus was a mythical hero famed for decapitating the Gorgon Medusa.

After later marrying Andromeda, the pair had nine children and the word ‘Perseids’ is derived from the Greek word ‘Perseides’ refering to Perseus’ descendants.

Catholics traditionally thought the Perseids were ‘the tears of St Lawrence’, due to its Perseids’ peak coinciding with when the Saint became a martyr.

The Perseids is also associated with the god Priapus, who the Romans believed fertilised the fields by ejaculating on them once a year on the date the shower peaks.

The Draconids, associated with Comet 21/P Giacobini-Zimmer, are scheduled to peak between October 8 to 9.

The Orionids, associated with Comet Halley will peak on the night of November 9 – 10.

The Leonids, associated with Comet Tempel-Tuttle, will peak between November 17 – 18.

Associated with comet 8P/Tuttle, the Ursids will peak between December 21 – 22.