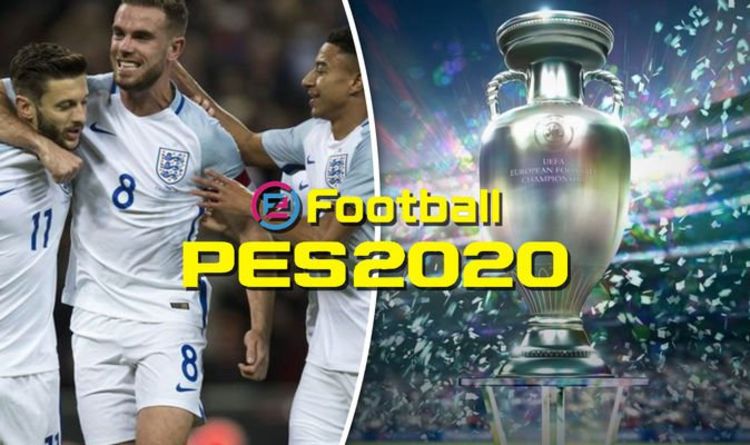 The UEFA Euro 2020 tournament may have been pushed back by a year, but fans can still get their footballing fix by picking up a copy of PES 2020 for PS4, Xbox One and PC.

PES 2020’s free UEFA EURO 2020 update was recently delayed after it was announced that the real-life tournament had been postponed due to the COVID-19 pandemic.

The free PS4, Xbox One and PC update will now be available to download from June 4, where it will launch alongside Data Pack 7.0.

The update includes the official UEFA Euro 2020 tournament mode, as well as all teams, kits, stadiums and lots more.

With the actual tournament taking place in 2021, Konami will, however, make a few adjustments to the final release.

The good news is that all 55 UEFA national teams, squad rosters and existing kits will be available to download as planned.

Likewise, the official tournament mode will be included in the update, alongside “faithful and highly realistic recreations of Wembley Stadium and Saint Petersburg Stadium”.

Things have been altered when it comes to in-game events that were planned to take place throughout the tournament.

“Featured Players, themed Matchdays and other in-game events are still planned but subject to change, with further details to be shared in-game,” Konami explains, before confirming that the Team of the Tournament will no longer be released.

“Ahead of the DLC launch, the UEFA eEURO 2020 esports tournament will draw to its conclusion with the final group stage of 16 national teams taking place between May 23 – 24.”

Fans can try the game out for free by downloading PES 2020 Lite, which features the same core gameplay experience as the main game, only with a stripped back team roster and fewer game modes.

Offline play includes Local Match and Co-op Match, as well as Training Mode and – on the PS4 at least – Edit Mode.