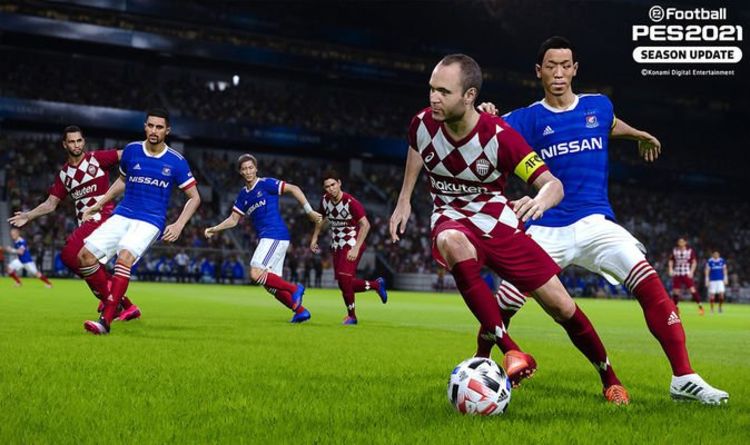 PES 2021 is launching this week and it won’t be long before fans have full access to the Season update. Unlike previous years, PES 2021 isn’t being released as a new game but will instead be treated as a Season Update. This means it will run off the same system as last year, but comes with the latest content to support the new football season.

So for those who might have missed it, PES 2021 is an updated edition of eFootball PES 2020 (launched in September, 2019) containing the latest player data and club rosters.

To experience the beginning of the brand-new season in the eFootball PES 2021 Season update, you will need to make sure you download the next update.

This will mean downloading the day-one patch and the first Live Update to have access to the latest player, club, and league data from the world of soccer.

And the good news is that we now know what time on the PES 2021 Season update release date everything will be going live.

According to Konami, the new PES 2021 Season Update has a release date set for Tuesday, September 15, 2020.

And when it comes to the official schedule, gamers should know that it has been split between the different platforms.

The good news is that everything is running at local time on PS4 and Xbox One, which means you don’t have to do any region conversions.

The official PES 2021 Season update release time has been set for Midnight on September 15, on PS4 and Xbox One.

For gamers on Steam, the PES 2021 Season Update will be downloadable at 5pm UTC on the same day.

For those wanting to know more about the impending release, Konami had this to say about its launch plan and how next-gen development was impacting it, telling fans:

A message from Konami adds: “We recognize that many of you are enthusiastic for new myClub and Master League content, and we are also excited to share that large updates are in the works for both of these modes.