Peter Kay: Comedian’s snub to future star that could have... 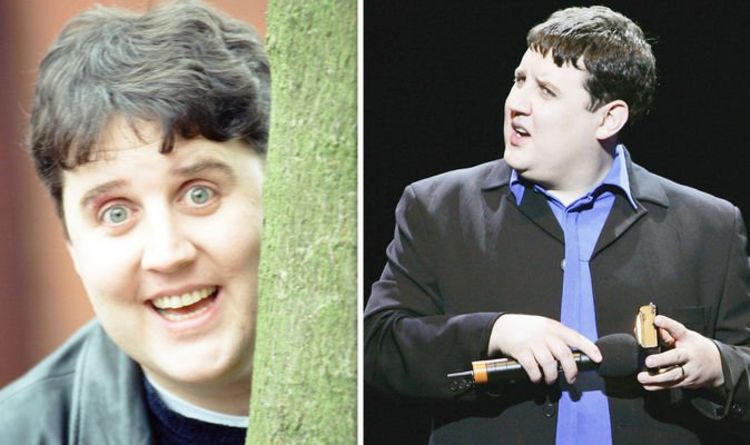 While Peter Kay is a beloved comedic treasure today, as a young man he never believed he would make it and shied away from the limelight. For many years, he downplayed his natural gift for making people laugh and even turned down a potential breakthrough role at Granada Studios to stay at his better paid “proper job”. Eventually, the fear of never trying to become a comedian and the compliments he received after giving a best man’s speech spurred him on to give it his best shot. Against the odds, he would go on to win the North West Comedian of the Year award after his second stand-up performance in 1997. But unearthed accounts from that time reveal a shocking snub against the future star that could have derailed his career before he even stepped foot on stage.

Peter Kay spoke candidly about the off-putting comments from his early days as a stand-up comedian during an interview in 1997.

The clips, which were broadcast on Paramount 2, were filmed several months after he was awarded the title of North West Comedian of the Year.

The Bolton-born funnyman recalled shortly after receiving praise for a hilarious toast at his friend’s wedding, he thought it was time to try out comedy as a profession.

Peter called a promoter on the circuit, who encouraged him to enter the competition because there was a seven-month waiting list for a spot at an open mic night.

He remembered feeling particularly “scared” as he prepared for the first heat of the comedic clash – his first ever performance.

Peter recalled catching the “number 22 bus” to the venue but when he met his competitors they boasted about having more experience and even suggested he had no right to be there.

He said: “They were very… they are a bit intimidating really, because I had never done it before.

“They were all like, ‘Oh every how many times, how long have you done this, son?’ I’m like, ‘First time really.’

The fresh-faced comedian had overcome nerves and the cutting comments to beat seasoned veterans who had been on the comedy circuit for years.

Despite the early success, Peter spoke humbly about his achievement and remained surprised by the victory – before making a quick joke that now he was now a “millionaire”.

Peter added: “Then it was the final and won. So the final was really my second ever stage performance and it’s been that since really.”

The exposure from that accolade would lead Peter to secure several small spots on TV and in no time at all he would be co-writing his own TV scripts.