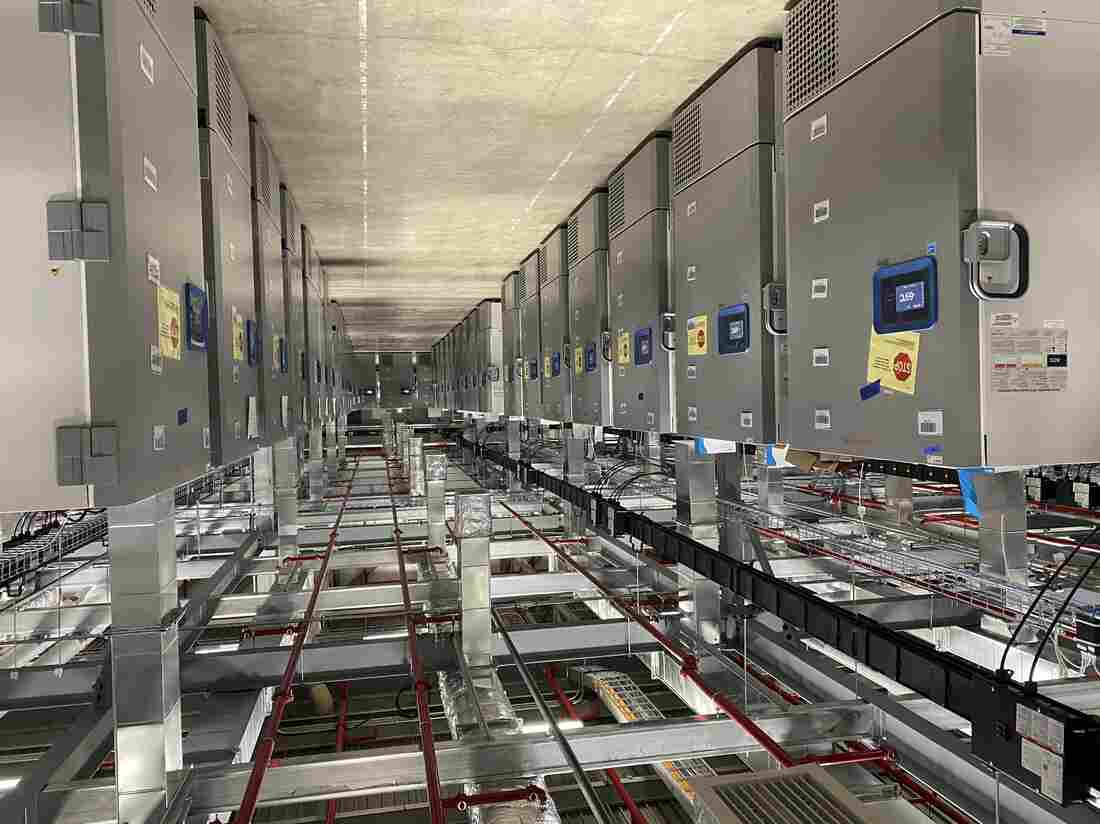 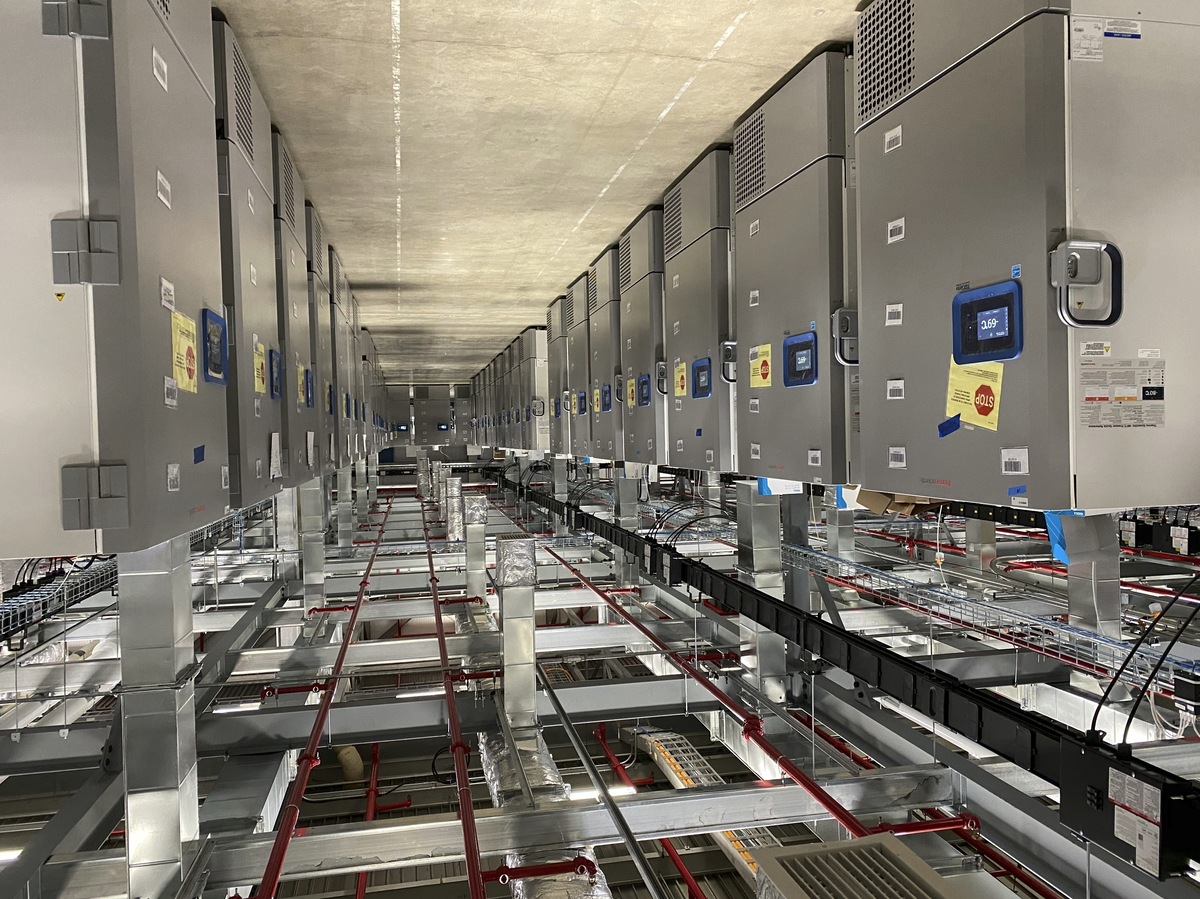 The drugmaker has downplayed its involvement in Operation Warp Speed, the Trump administration’s more than $ 10 billion program to make a coronavirus vaccine available in record time. Although Pfizer didn’t receive government funding this spring toward research and development of the vaccine, it nevertheless received one of the largest Operation Warp Speed supply contracts to date on July 21.

Pfizer is working on the vaccine with BioNTech, a German company. They announced results of final efficacy analysis last Wednesday, revealing that the vaccine is 95% effective. The company announced that it submitted its request for emergency use authorization on Friday.

That nearly $ 2 billion contract will pay for 100 million doses of the Pfizer vaccine at a price of $ 19.50 per dose if the vaccine is OK’d by the Food and Drug Administration. The government also has the option to buy up to 500 million more doses. The other Operation Warp Speed agreements pay for vaccine regardless of FDA approval or authorization.

Meanwhile, the Pfizer contract has the narrowest protections for taxpayers of any Operation Warp Speed contract released so far, drug policy and intellectual property experts tell NPR. It excludes almost all intellectual property rights, forgoing leverage to use if the company engages in price gouging down the road. It may also set a dangerous precedent for future government contracts, they say.

Pfizer didn’t respond to repeated requests for comment for this story.

“The potential for a vaccine like this is nothing short of miraculous,” Robin Feldman, a professor at the University of California Hastings College of the Law, who focuses on the pharmaceutical industry and drug policy, wrote in an email to NPR. “The government, however, is giving away the store — meeting critical short-term goals but ignoring long-term serious costs.”

Natalie Baldassarre, a spokesperson for the Department of Health and Human Services, disputes the notion that the Pfizer contract is worse for taxpayers than the others. “When the U.S. government does not fund creation of any of the intellectual property, as is the case in our agreement with Pfizer, the government is not entitled to any rights to a company’s intellectual property.”

Baldassarre elaborated in an email to NPR: “This production contract was aggressively negotiated on behalf of the American public and is a fair deal. This contract is not for research and development (R&D), but for Pfizer to produce and distribute 100 million doses of an FDA approved or authorized vaccine. The U.S. government did not fund and is not funding any of Pfizer’s or BioNTech’s R&D used to create the intellectual property for their mRNA vaccine. If Pfizer’s vaccine does not receive FDA approval or authorization, the USG [United States Government] does not pay.”

Although Pfizer’s Operation Warp Speed participation is different from that of the other companies in the vaccine race in that respect, treating its deal as a simple government purchase doesn’t make sense, says James Love, director of Knowledge Ecology International, a nonprofit public interest group focused on intellectual property.

“This is not paying somebody to run down to Safeway to buy coffee for the office,” Love says. “This is a really big contract. And when the dollar numbers are this big, I think people legitimately want to ask whether the government’s protected their interests sufficiently.”

Feldman and others say that could include setting an unreasonably high price. The pharmaceutical industry often says it disagrees with that interpretation of the law, but the way companies have negotiated their Operation Warp Speed contracts suggests otherwise.

Some of the companies working with Operation Warp Speed have altered the march-in rights in their federal contracts, narrowing the window for when the government can intervene.

Pfizer’s contract goes even further, explicitly stating that the government has no right to “march in” at all.

“It should be a pretty clear signal to members of Congress and the executive branch that they should not accept those assertions that the bill doesn’t go there,” Love says of arguments that march-in rights don’t apply to high drug prices. “Because it’s certainly not the viewpoint that the companies are taking here.”

The Pfizer contract also lacks other intellectual property rights found in traditional government contracts, such as data rights, which govern cell lines, important studies and manufacturing know-how. The contract stresses that the government isn’t entitled to them.

“As between Pfizer and the Government, Pfizer also shall own any and all data generated by Pfizer within the scope of this Statement of Work (‘Subject Data’),” it says. “For the avoidance of doubt, the parties do not anticipate Pfizer generating any Subject Data using Government funding.”

Baldassarre defended contract negotiations as part of Operation Warp Speed, arguing that the Department of Defense researched relevant intellectual property ahead of each agreement. “We are not aware of any previous U.S. government funding of intellectual property used by Pfizer and BioNTech. This contract was written to reflect that fact, not to override it.”

Still, the contract seems to contradict itself. Although it says government funds won’t be used for research and development, it also says the company will get to keep any technology it develops as part of the agreement, and that those inventions will become trade secrets.

The opposing ideas strike Love as odd. “If it is the case that all the inventions are really being funded by Pfizer that are related to this contract, then they wouldn’t need that provision in the contract,” he says.

Baldassarre, the HHS spokesperson, said the government was “confident” that no technology would be developed during the work described in the agreement. “Nonetheless, this clause was included to address the unlikely chance that Pfizer did create a new invention in the course of their work. If a company creates inventions, those inventions are appropriately considered trade secrets.”

The privatization of intellectual property related to this contract could have ripple effects even beyond the COVID-19 pandemic, affecting the development of eventual generic-like products called biosimilars as well as future therapies.

“That is extremely important with a biologic development such as this,” Feldman says. “Much value exists in the process of creating and replicating it. Instead of the normal quid pro quo—the government funds it but society eventually gets the benefit of the invention—the company can keep the information secret forever.”

HHS says the Department of Defense had to balance “multiple factors” to satisfy the government and the companies participating in Operation Warp Speed.

“The most critical factor was the need to obtain as quickly as possible sufficient doses of safe and effective vaccines against COVID-19 to save lives,” Baldassarre wrote in an email to NPR. “We were able to do this while at the same time ensuring the American public paid a reasonable price for production and delivery of this vaccine, that sufficiently identified and preserved appropriate U.S. government rights to intellectual property.”

You can contact NPR pharmaceuticals correspondent Sydney Lupkin at slupkin@npr.org.