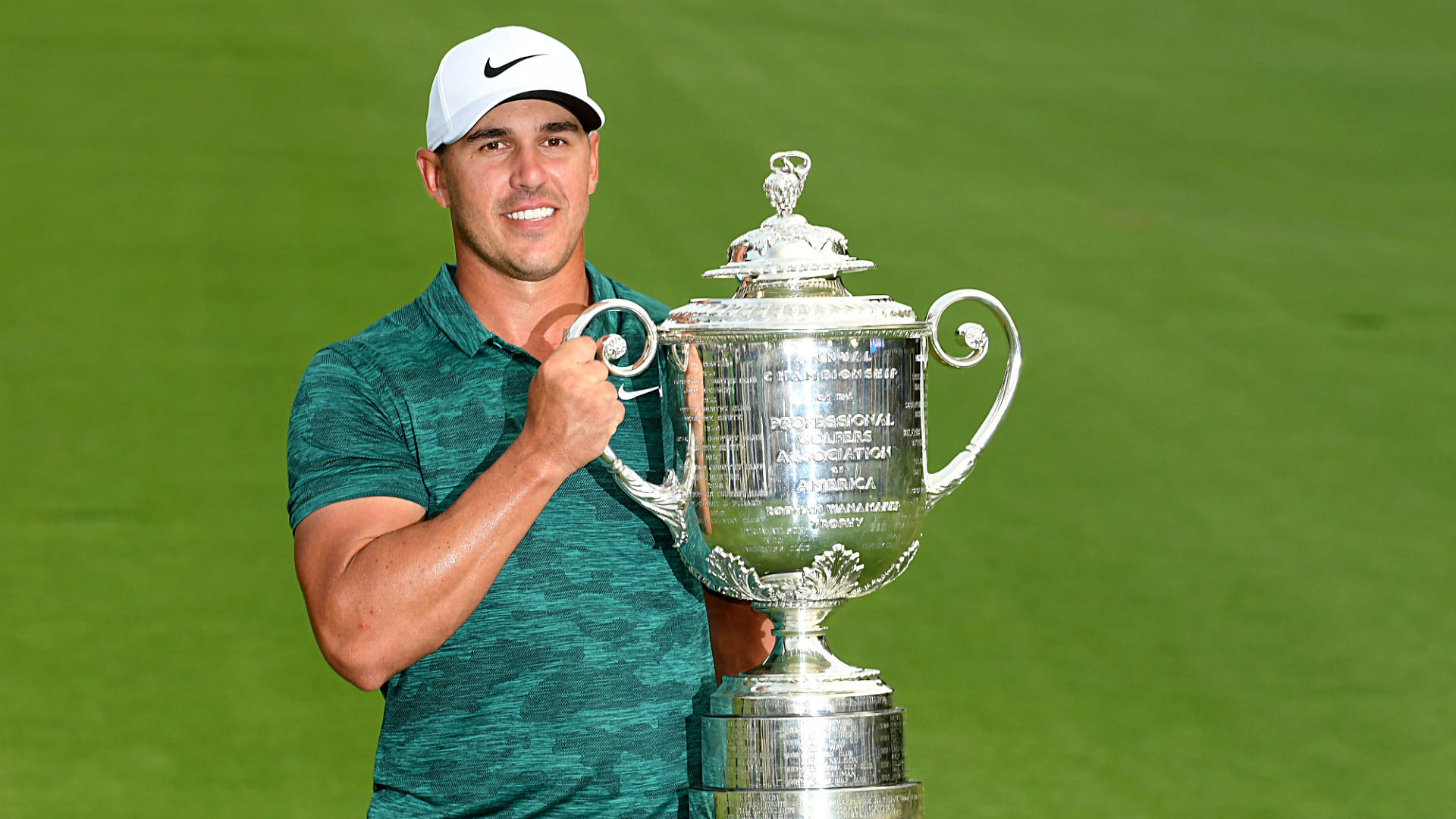 The first major championship of the 2020 golf season is finally here: The 2020 PGA Championship.

The PGA Championship is unique this year, not just for its postponement due to the COVID-19 pandemic, but also because it features several tantalizing storylines, not least of which is World No. 6 golfer Brooks Koepka attempting to win the tournament an unprecedented third time in a row.

With that, here is everything you need to know about the 2020 PGA Championship, including a list of tee times (updated daily), the complete TV schedule, purse, odds and more.

For the first time in 30 years, ESPN will have a share of the broadcast rights for the tournament alongside CBS. The former will air six hours’ worth of coverage in Rounds 1 and 2 on Thursday and Friday, respectively, followed by three-hour broadcasts on Saturday and Sunday. CBS will take over the weekend coverage once the leaders tee off on those respective days. Here is the full breakdown for the PGA Championship TV schedule (all times Eastern):

ESPN+ will stream six live hours on Thursday and Friday, starting with the first tee shot each day, from 10 a.m. until 4 p.m. It will also provide featured group coverage for 12 consecutive hours both of those days. On the weekend, it will also stream live coverage of the event prior to the live TV broadcast on ESPN. Those with an active cable subscription can simulcast the event on either CBS All Access or WatchESPN, depending on which network is broadcasting at the time. Another option is fuboTV, which streams live sports and is offering a seven-day free trial.

Here is the complete list of PGA Championship tee times and groupings for Thursday’s Round 1:

The purse at the 2020 PGA Championship will remain the same in 2020: $ 11 million paid out to golfers who make the cut. The first-place winner will win $ 1.98 million in prize money, the same as each of the prior two tournaments.

Where is the 2020 PGA Championship?

As the first major championship of the 2020 season, the PGA Championship will be played without spectator attendance, in accordance with health regulations mandated by the state of California and county and city of San Francisco.

Based on recent history, Koepka has a leg up to win the PGA Championship after winning each of the last two tournaments. Koepka is tied with McIlroy for second-most wins in the event this millenium (two), trailing only Tiger Woods’ three. Koepka is also the only golfer besides Tiger to have won this event in back-to-back years since 2000; Woods won in 2006 and ’07.

That said, Thomas enters the event having won the WGC-FedEx St. Jude Invitational on Sunday, and is the last golfer prior to Koepka to win the PGA Championship. Tiger (World No. 15) last won the event in 2007. Here’s a full breakdown of the winners (and their share) for each of the last 20 PGA championships: