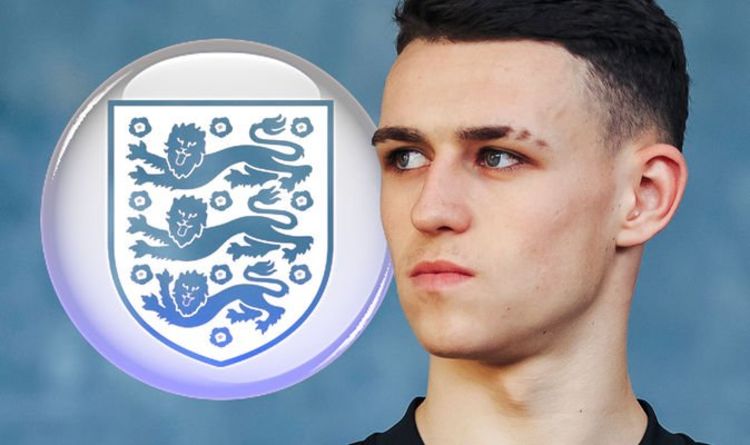 For six years the nation has waited. That was when Phil Foden was first earmarked as an England star at the age of 14. By the same token, he was identified as a future captain of his club Manchester City before he had even kicked a ball for them.

For years it has been whispered that Foden could be the most exciting player since Paul Gascoigne to make his way through the junior levels to break through for both club and country.

Luckily, the Stockport-born 20-year-old is much less impatient than “daft as a brush” Gazza.

He grew up as very much part of the St George’s Park establishment with the junior teams. The high point was being named the player of the tournament when England won the under-17 World Cup in 2017 but he had been on Southgate’s radar way before then.

“We’ve known about him since U14 level,” the England manager said shortly afterwards. “He’s not a surprise.

“We always have to bare in mind what is right for the player and we have to liaise closely with the club. He’s had a lot of individual attention which we have to manage.”

City had not by that stage used him in the first team. The closest he had come was when he was part of the match-day squad for a meaningless Champions League game against Celtic in December 2016.

Soon after which the club’s head of academy coaching Jason Wilcox said pointedly: “It would be unfair to mention names, but potentially we may have a future captain of the Manchester City in the club right now.”

David Silva may have vacated the armband too soon for that, but the end of his 10-year tenure is seen as the opportunity Foden has been waiting for to cement his place in the first team permanently.

“I’m hoping so but, you know, there’s a lot of midfielders still and a lot of quality in the team, so it’s not just going to mean I get that position,” he said.

“Everyone has to train well and play well. It depends on me really and whether I’m playing good enough to get the shirt. So it’s down to me.”

Performances when Pep Guardiola trusted him to start in the lockdown wins against Real Madrid and Liverpool suggest Foden is ready to step up to the mark.

After all, that long wait since he first appeared on the radar has not been wasted. He has literally been growing up.

“When I was younger, in the academy, I was a lot smaller than the other players,” Foden recalled. “I had to use my brain more.

“Naturally, when I started growing, I made my step to the first team but it was such a step up. I had to adapt quickly. I try to get in the gym much more now and try to get a lot bigger and stronger.

“I’d say the biggest challenge was getting into the first team – trying to adapt to the physical side. That was the most challenging thing for me.

“My first session, I was, ‘wow! I’ve got a long way to go here!’ But as the weeks went by I started to get used to it and I started moving the ball quicker.

“Every kid on the estate used to dream of playing for England. Now I’m in the senior team it seems crazy and it’s still not really sunk in.

“I’m just hoping I can make my debut and it will be a big moment for my family and I’m going to enjoy it.”

Foden believes the experience of being crowned a world champion at under-17 level three years ago can help him take that extra step at senior level for England.

And he admits that Southgate’s side need to end the country’s 54-year wait for silverware, having made progress at the 2018 World Cup by reaching the semi-final stage.

“If you win youth tournaments when you are younger it can give you the experience to go and win one with the first team,” Foden said.

“I feel like, as a team, we can go further than what we have in the past. I feel really confident with the way we are going and the players that we have got. We need to start winning tournaments – and I hope in the future we can do that.

“Paul Gascoigne was one of the best England players who played the game so I feel if they had the right coaches around them and played the right football at the time we could have won more trophies back in the day.