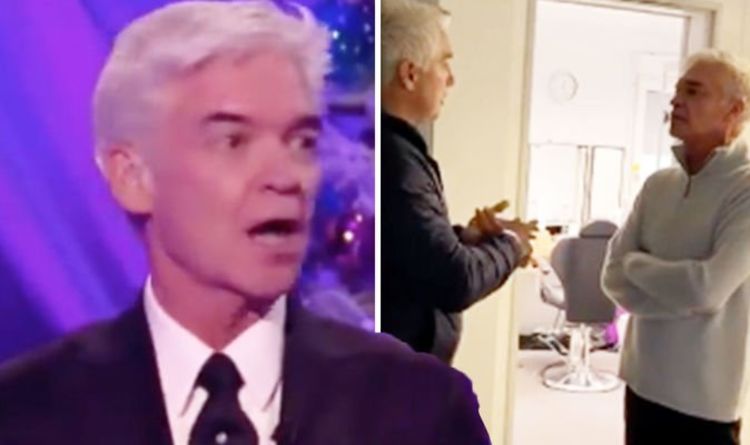 Phillip recalled: “I got a phone call from Holly saying ‘Where are you?’ I said, ‘I’m on my way home’.”

The mother-of-three did not accept his answer, as he continued: “She said, ‘Don’t be that man’.”

Holly then stated: “But the thing is, I said, ‘One day you’ll be at home and you’ll be watching the NTAs, and you‘ll say, oh I won one of those once’.

“You have to… It’s a huge moment in your life.”

Dancing On Ice airs tonight at 6pm on ITV.