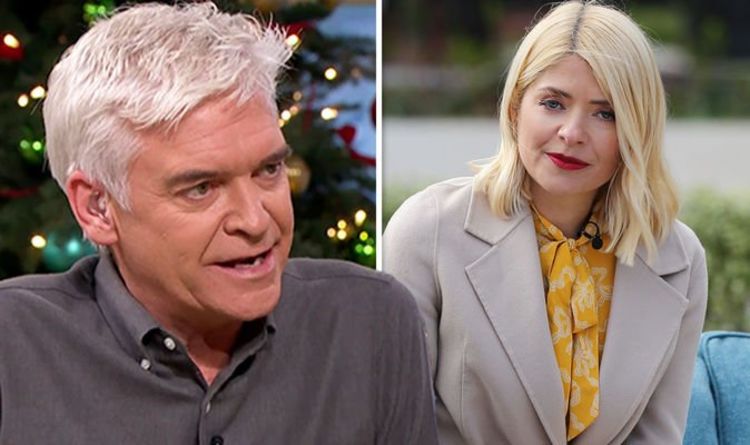 The veteran presenter has refuted claims of an alleged “feud” as he branded Holly the “sister I never had”.

Speaking to The Mail On Sunday, Phillip admitted the pair share an “organic” friendship and added the atmosphere at This Morning is “wonderful”.

Asked about speculations of tension, the This Morning star said: “Can you imagine a feud between us ever happening? It’s not as if we have to defend anything.

Phillips continued: “Holly is the sister I never had, we think at the same speed. It’s so organic… it’s a shame.

“Everyone who knows us, I mean, everyone at This Morning was like, ‘What the hell?’ The atmosphere in our studio is so wonderful, there’s such a lovely team. Everyone is lovely.”

His comments comes after he had been at the centre of claims that his relationship with Holly had become “strained”.

There were also claims he has clashed with his colleagues over his blunt mannerisms, which ITV have categorically denied.

“There is nothing to defend, we talk to each other all the time and we won’t let this ruin our Christmas,” Holly said.

“It would be impossible for us to fake our relationship, the laughs. We’re two-and-a-half hours on the telly, I’m not that good an actress!”

Meanwhile, Heart Radio DJ Amanda Holden recently weighed in on the alleged “feud” between Phillip and his co-stars.

Amanda said she had moved on from her spat with the veteran host but added the This Morning presenters had finally found the “tin opener”.

It comes after Britain’s Got Talent judge had claimed Phillip had “blocked” her from a presenting gig on the daytime show which ITV have categorically denied.