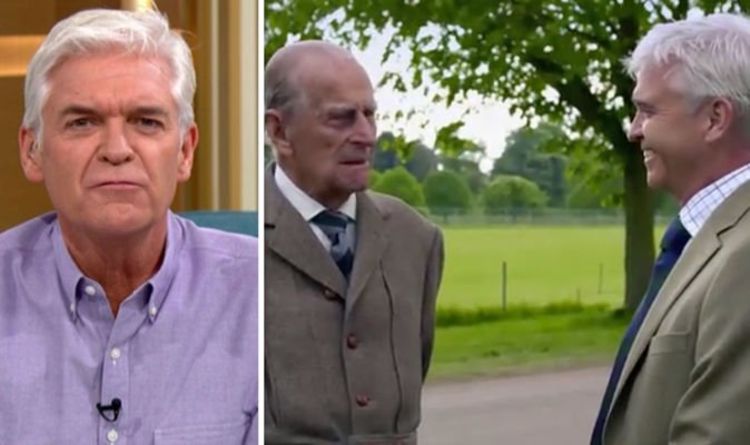 However, as the pair got chatting about Phillip’s wing walk, the presenter explained the surprise Duke of Edinburgh had in store for him.

The host continued: “As I told him I’d done the wing walk we chatted about that for a bit, someone said to me in the crew, ‘he’s beckoning you over’”

Phillip explained how the prince had gone onto add: “’I wanted to introduce you to this man. He’s jumping out of it [a plane], you’re walking on top of it,

“‘Thought it’d introduce 2 idiots together,’” Phillip recalled as he burst into laughter at the past events.